Home›Reviews›Star Wars - Kenobi novel revisits one of our favorite characters in a galaxy far, far away!

Star Wars - Kenobi novel revisits one of our favorite characters in a galaxy far, far away!

Note - This review DOES contain potential spoilers for people who have not seen the Star Wars films. Read at your own risk. 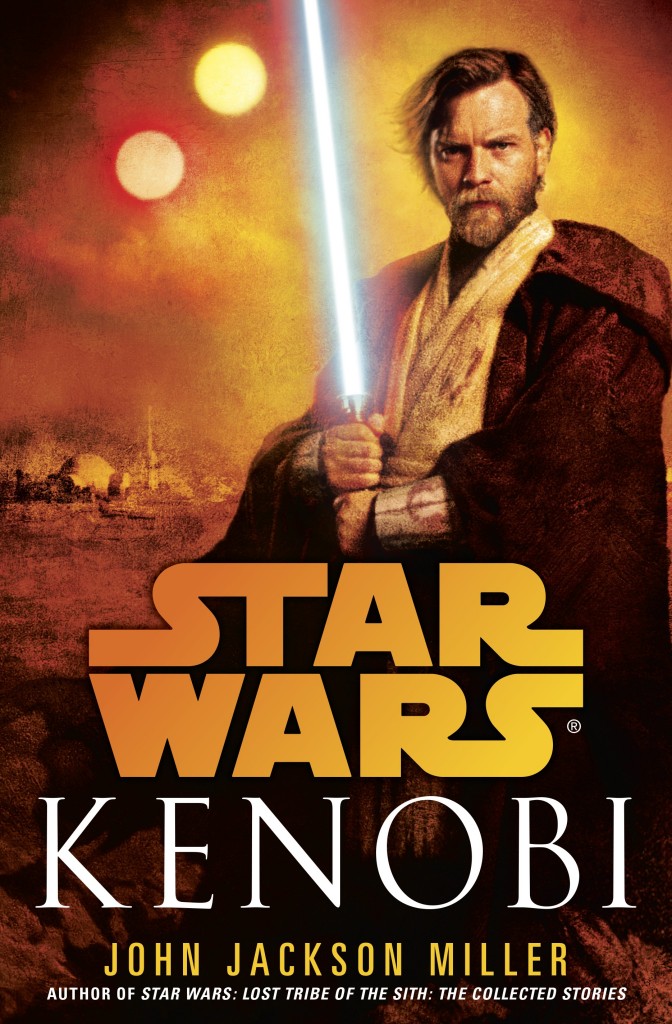 Star Wars is the biggest multimedia franchise in the world. What started out as a science fiction film released in 1977 with a troubled, lengthy production ridden with delays and complication, went on to become something legendary. To date the series has spawned six films in the “main” series, several television series, comics, video games, and pretty much everything in between. It is unlikely that George Lucas knew how big his creation would become back when he released the first movie way back then.

The original “classic” Star Wars Trilogy ended in 1983 with the release of Return of the Jedi, and for a while, there was very little on the Star Wars front. That changed in the early 1990s (this was long before the prequels) with the release of the Grand Admiral Thrawn Trilogy of novels, which jumpstarted a whole new era for Star Wars fandom, with some of the biggest science fiction authors in the world writing all new, original stories set in a universe packed with potential. To date there have been over 100 Star Wars novels. Stories set prior to the first chronological movie (including some thousands of year prior!), stores in between different movies, and many set after. If there is an era in the Star Wars Galaxy, chances are an author has written a story in that time period.

The canonicity of Expanded Universe material has long been the subject of debate; George Lucas himself claims that only the movies and select other material is canon. That has not stopped authors from writing books set in the universe; the Expanded Universe continues to grow with countless authors becoming a part of it over the years.

Amongst the characters in the Star Wars franchise, few are as popular as Jedi Knight Obi-Wan Kenobi. The Prequel Trilogy of films saw Kenobi’s evolution from a student in the Jedi arts to becoming a Master, and being forced to deal with a close friend and student’s fall to the Dark Side of the Force, subsequently going into hiding like the few other Jedi that were not killed during the Great Purge that resulted in the Republic falling, paving the way for the evil Galactic Empire. Along with the droids C-3PO and R2-D2 and Anakin Skywalker/Darth Vader, Kenobi is one of only four characters to appear in all six Star Wars movies released to date.

In Star Wars Episode III – Revenge of the Sith, Obi-Wan Kenobi retreated to the desert planet Tatooine when most of the Jedi Knights were wiped out. Here he chose to live in isolation for two decades, watching on silently and from afar as a young Luke Skywalker was raised by his adoptive aunt and uncle. In the original 1977 film (set some 20 years later), Obi-Wan comes out of hiding and reveals himself to Luke, as they set out on a quest to save the galaxy from the Empire. The character was portrayed on screen by Sir Alec Guinness in his advanced age in the original trilogy, and by Ewan McGregor as a young man in the prequels.

So what did Obi-Wan Kenobi do during those 20 years when he was in hiding from the Empire, watching over young Luke from afar? Kenobi (the novel) attempts to answer that question, at least as far as his early days in exile go. Our beloved Jedi Master is attempting to stay hidden and to grow accustomed to living in a strange new place. Unfortunately, he encounters a number of unexpected obstacles along the way. The locals, including settlers who have formed a band to fight against marauding Tusken Raiders, have taken suspicions towards the newcomer. It is not long before Obi-Wan finds himself in the midst of this conflict, trying to expose the truth behind a number of puzzling factors, and hoping to mediate a peace between the battling factions.

Given that Obi-Wan Kenobi had been in hiding, watching over the growing Luke Skywalker for 20 years, I am surprised this time and place in the Star Wars Universe had not yet been covered! Fortunately, Miller manages to serve up a strong tale that fits the bill nicely. He definitely manages to convey a sense of Kenobi’s disorientation and unfamiliarity with a new place in the galaxy he must call home, and even the new cast of supporting characters feels fleshed out and interesting.

Miller has a writing style that is simple and to the point, and this is evident in the fairly short chapters that comprise the novel. This approach makes for a world of difference in writing a Star Wars novel; some authors drone on endlessly, failing to make their point. That is really not an issue here; it is the first Star Wars Expanded Universe novel I have read in years, and it is clear that there is at least one good author keeping this legacy alive.

The novel is not quite perfect, of course. There are way too many characters and subplots (many of which come at us a mile a minute), and a lot of history amongst the supporting cast that does not get explored well enough. It could have worked slightly better as a more streamlined, and in some cases, a developed project. At 400+ pages, this story is a bit overlong, but at the end of the day the good does outweigh the bad; this is solid reading material.

Fans of Star Wars looking for a fine way to satiate their hunger until the new movie comes out in December will find Kenobi to be a worthy read. It will be a good way to get back into the Expanded Universe if you are like me and have been away for a while, featuring one of the series’ most legendary characters in a new adventure. Strongly recommended.