Home›Features›Nirvana - A Look Back at Bleach, the band's 1989 debut LP! 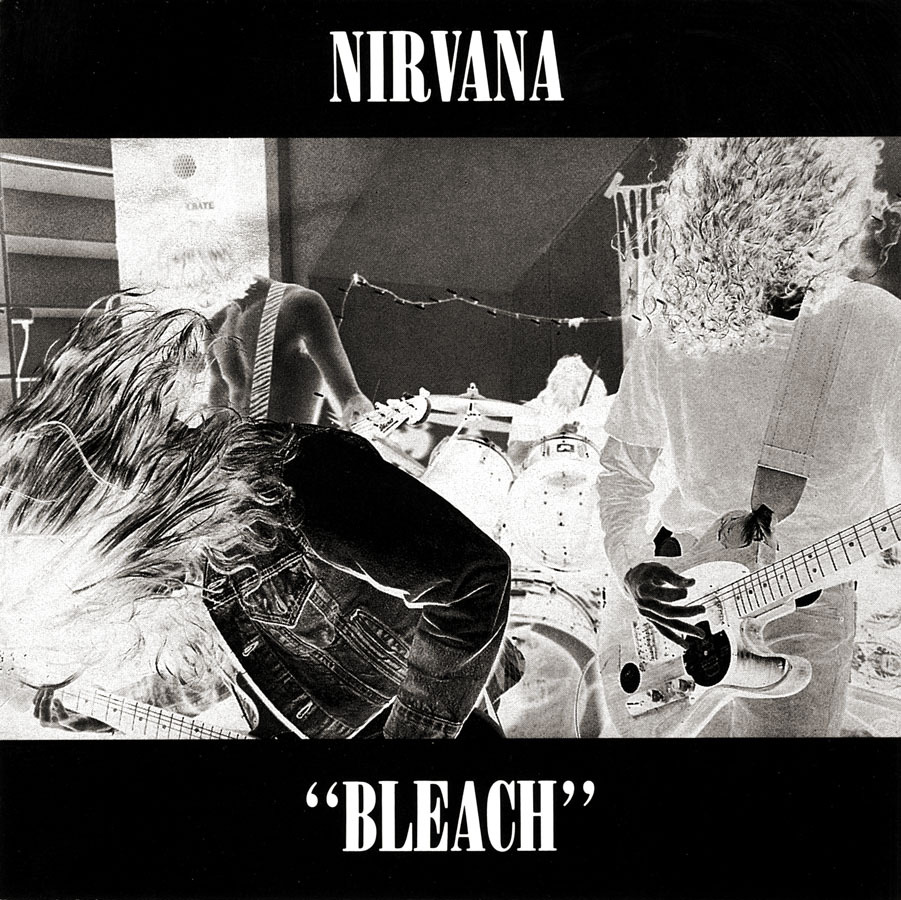 Bleach is the 1989 debut LP from Nirvana.

When Nirvana released the Nevermind album in 1991, it was the album that changed the face of the music world forever. Practically overnight, gone were the synth pop and the hair/glam bands of recent years, many of whom were amongst the biggest acts in the world just a few short years prior. A new era in the world of popular music had launched. Things would never be the same again.

But for Nirvana, this success was short lived. Following the release of the band’s third album, In Utero, vocalist/guitarist Kurt Cobain, who had been so instrumental in jumpstarting this new era in the world of popular music, was dead of an apparent self-inflicted gunshot wound (although the exact circumstances of his death have long been the subject of debate). Despite a relatively short time in the musical spotlight due to Cobain’s passing, Nirvana remains one of the most popular rock bands of all time.

So, what were they up to BEFORE Nevermind? Before In Utero? Before they became the poster children for Generation X?

In the late 80s, Nirvana was signed to Sub Pop Records. Cobain and bassist Krist Novoselic had recorded some songs in sessions with prior drummer Dale Crover, who had since been replaced by Chad Channing (Dave Grohl would not join the band until September 1990). Initially only in the studio to record an EP, the group ended up recording a full-length album, which became Bleach, their official debut LP. Second guitarist Jason Everman contributed the money for the band’s recording sessions and did some light touring with the band in the months that followed the album’s release; while pictured and credited on the album sleeve, he does not playing on it.

Upon its release in 1989, Bleach received positive reviews despite fairly limited sales; in the years since with the subsequent popularity Nirvana incurred, the album's sales skyrocketed; it is now the best-selling album ever put out by Sub Pop. The popularity of Bleach has never reached that of Nevermind or In Utero, but many curious fans of the legendary grunge band continue to go back in time and check out the band’s debut. How does Bleach hold up, and does it deserve a spot in your Nirvana collection?

This is an interesting release to look back at, and is in many ways the “bastard child” of the Nirvana studio album catalogue; before the era of Dave Grohl and before sonic, sophisticated recording and production techniques that came with moving forward to a major label. The songs on this album are noticeably rawer and have more of a punk influence than the ones on subsequent Nirvana albums; Cobain has claimed in interviews that he did not have full creative control on this album, and that he even wrote the lyrics to many of the tracks on the way to the studio to record them! It is decidedly different from the later releases from the band, and yet at the same time, still distinctly Nirvana.

Even in this rawer era, Cobain and company proved themselves to be adept musicians, bringing their own way of doing things to the table. Being less polished does not make this any weaker of an album than the ones to come, though at the same time fans will tend to agree that the best was yet to come for the band. Not every track here is an instant classic, but there are certainly more hits than misses. By far the most popular song on the album is “About a Girl,” a ballad of sorts that the band later revisited on their MTV Unplugged live album. No other song on the album is anywhere near as well-known as that one, but there are plenty of underrated gems to be had here.

Highlights on this album include “School,” which likens record company politics to high school drama, opening cut “Blew,” one of the hardest and heaviest tracks the band ever released, and "Mr. Moustache," which is Cobain’s jab at “macho” types. Throughout the record, the band’s sound manages to be surprisingly diverse; we get everything from gloomy grunge to more melodic songs, and even a number of songs that hint at the punk influence that was considerably stronger in the band’s earlier era.

The original issue of the album featured 11 tracks. For CD reissues of the album, “Big Cheese” and “Downer” were added as bonus cuts. The more recent 20th Anniversary Edition of the album features both bonus tracks plus a live Nirvana show from February 1990 recorded in Portland, Oregon, with an interesting setlist that is NOT limited to tracks from Bleach; many of said songs would later appear on other official Nirvana releases.

Bleach is an interesting first step in the Nirvana catalogue. While this fan certainly prefers the later albums from the band’s commercial peak, there is no denying that there is a lot to enjoy about the debut record. Raw, punky, and unrefined, yet somehow still uniquely Nirvana, this stands as an underrated entry in their canon. New fans will want to start with Nevermind, naturally, but seasoned fans wanting to go back to the beginning will definitely want to add Bleach to their collections. Just be sure you are getting the reissue with the bonus live show!

Johnny 3 Tears: Talking Everything From Hollywood ...