Home›Movie Reviews›The Cabinet of Dr. Caligari - A Look Back at This Silent Horror Classic!

The Cabinet of Dr. Caligari - A Look Back at This Silent Horror Classic!

The Cabinet of Dr. Caligari was first released theatrically in 1920. A man tells another man a story which is set in a small, mysterious town where he once lived. When an annual fair comes to the village, he and his best friend, pining for the same woman, are both eager to go and check out the entertainment. A stand-out act at the fair comes from the mysterious Dr. Caligari, an eccentric man who has control over a somnambulist (sleepwalker) that is able to answer questions and tell people their fortunes. When one of the two friends asks how long he will live, and the somnambulist responds “until the break of dawn,” he is found dead the following morning, sending the town into turmoil. Who is Dr. Caligari really? Is his somnambulist truly responsible for the crimes in question? Are the townspeople truly in danger? Or is there something else to this story altogether?

The Cabinet of Dr. Caligari has a unique look, largely due to its set designs.

It has been nearly a century since The Cabinet of Dr. Caligari was released and polarized audiences. Its murderous plot, uniquely creepy set designs, unexpected plot developments, and one of cinema’s first truly great twist endings all come together in this classic silent film. The movie has been released on home video in numerous editions over the years, including most recently in North America from Kino Video. Clocking in at just under 80 minutes, this is considered to be the most complete version of the movie in existence today. In fact, it is often considered to be one of the first true horror films. 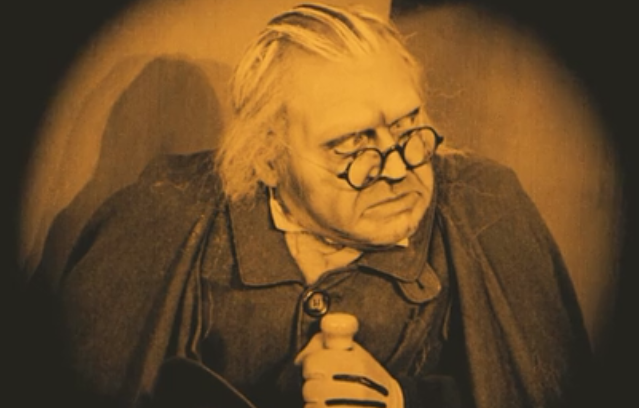 The performances in the film are surprisingly effective; Werner Krauss is superb as the mysterious titular character. Although the cast are obviously limited by the silent film medium, everyone makes their presence in the film memorable. Also noteworthy in the cast is a young Conrad Veidt as Cesare the Somnambulist; Veidt would later be known to international audiences for his role as Major Strasser in Casablanca. 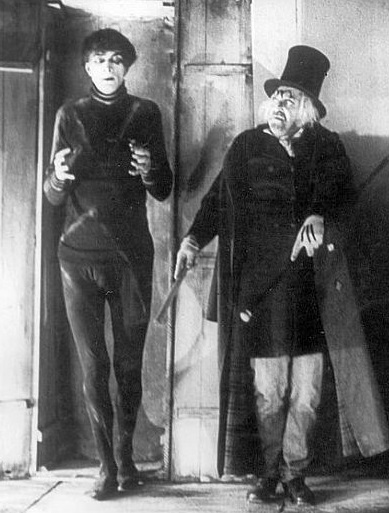 The set design is perhaps the most polarizing and memorable part of the film. Buildings, streets, houses, alleyways, and outdoor settings are all elongated and unnatural in appearance; even your traditional building and house here has bizarre, distorted windows and walls. It is not clear exactly what the filmmakers were trying to get across with the “look” of this film, but if it was simply to make it something memorable that would stick in the heads of those who viewed the film, they succeeded beautifully. The mood and the sets are haunting to any viewer. 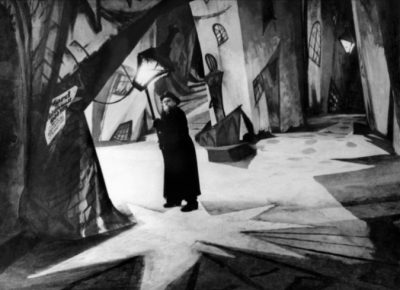 Another look at the creepy and unsettling set design.

The film itself is broken into six acts, and thankfully, never wears out its welcome. The roughly 80 minute length ensures that things move along at a brisk pace, and moments where the film “drags” are rare. Before long, you will find yourself caught up in the plot and the mysteries at hand. When one plot twist does not seem to be enough, an even bigger one at the end of the film will further surprise the audience, and will likely have you watching the movie again in an effort to see if you can better understand or grasp said twist! I will not spoil anything here for those that have not seen the film, though.

The Cabinet of Dr. Caligari remains a haunting, dark and brooding silent film experience nearly a century after its original release. If you are looking for a creepy, unsettling silent cinematic experience in time for the Halloween holiday, this is one definitely worth your time.

The Phantom of the Opera - Looking ...

Young Frankenstein - A Look Back at ...