Wonder Woman – The DCEU Strikes Back With Its Best Film Yet!

Wonder Woman is the fourth film in the DC Extended Universe. The film is directed by Patty Jenkins, and stars Gal Gadot, Chris Pine, Robin Wright, and Danny Houston.

Wonder Woman is set primarily in the latter days of the First World War. The titular heroine, raised on an island with Amazon warriors, sets off for the battlefield following an attack on her home and her people, believing Ares, the God of War, to be responsible for the global conflict. Allying herself with a British spy and a group of miscreants, she heads for the front, plunging herself headfirst into the carnage of the war, as she leaves home for the first time and learns of life outside of her island home…. and the evils of men.

Let’s be honest; the DCEU has not exactly been a smooth ride so far. Man of Steel was a good film, but tried too hard to reinvent the Superman mythos as “dark and gritty.” Batman V. Superman was a boring slog, bogged down in subplot after subplot and a confusing narrative, despite a great performance from Ben Affleck as Bruce Wayne/Batman. Suicide Squad was underplotted and had weak, uninteresting characters with only a handful of exceptions, and felt like a trailer for a better movie.

With Wonder Woman, DC finally gets it right. This is by far the best film in the DCEU to date, and easily the best movie based on a DC Comic since The Dark Knight. 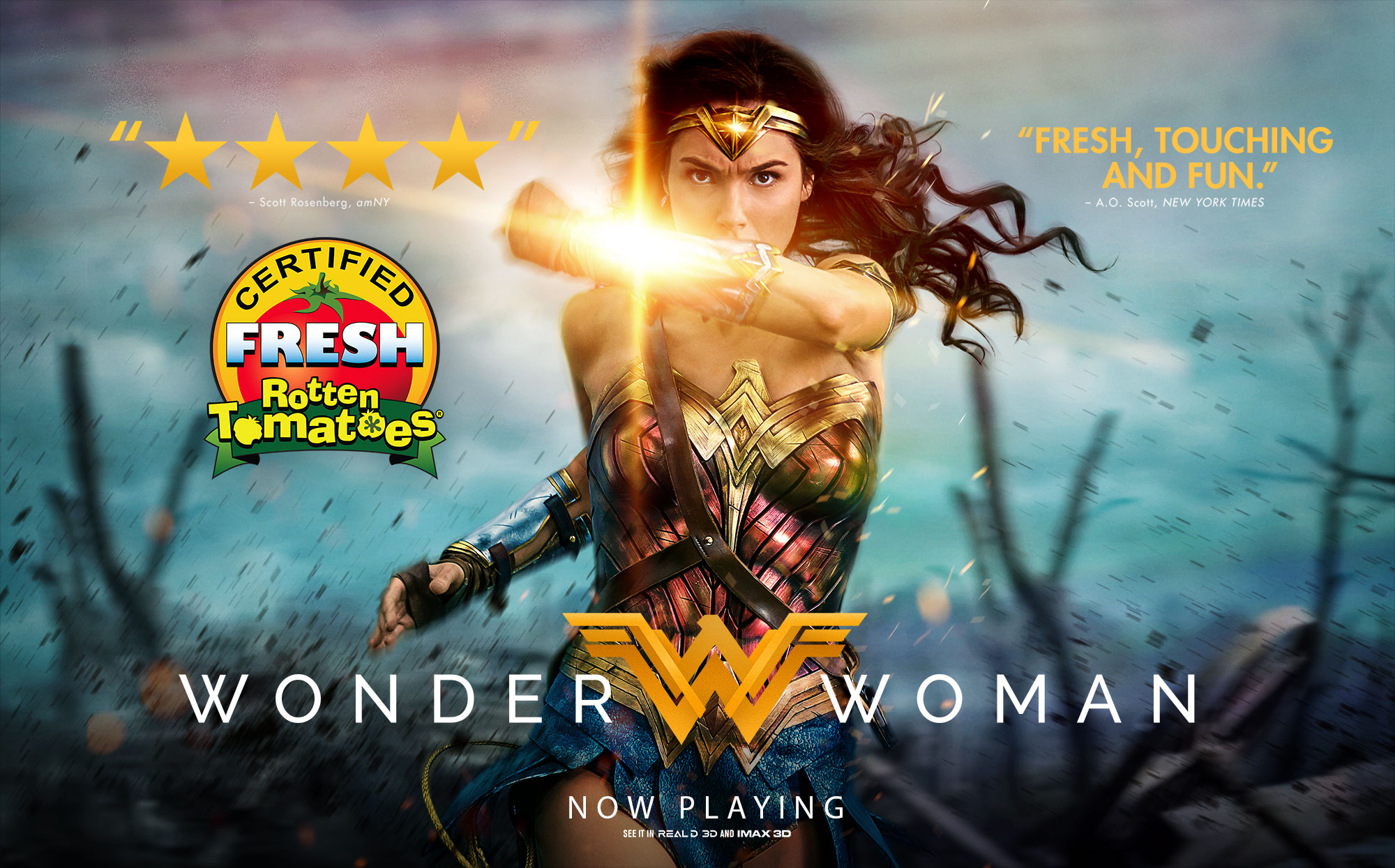 The casting choices are top notch. Gal Gadot reprises her role of the title character from Batman V. Superman (she was one of the few good things about that film) and steals every scene she is in. Beautiful and powerful, yet naïve to the world outside of her island home, the character is well written and portrayed brilliantly by Gadot. Chris Pine (probably best known these days for playing Captain Kirk in the newer Star Trek films) is fantastic as the British spy she allies herself with in the battle. No one in this movie feels miscast, and everyone fills their role perfectly.

The overall “feel” of the movie is equally impressive, ranging from a gritty action film to heartfelt drama, and even finding some rather comical moments as a “fish out of water” story, be it with Pine’s character on an island of women that immediately treat him with suspicion, or the titular character exploring the outside world for the first time, unaware that you cannot simply carry a sword down the street! A film like this needs the right balance of action, drama, and comic relief, and Wonder Woman succeeds in every one of these areas.

Clocking in at 141 minutes, the film is a bit on the long side, but this fan never once found himself bored in its duration. Granted, a few scenes would have benefited from some additional editing/cutting (an epic battle near the end of the film feels shoe-horned in after everything else), but the overall result is still spectacular.

The only other minor complaints I have with the film are the striking similarities to another superhero film, Captain America: The First Avenger. I will not go into specifics here (as I try to avoid spoilers in my reviews), but more than a few scenes in the movie will give you a sense of déjà vu if you saw that movie first. And while we’re at it, why do the German villains speak perfect English?

The flaws are minor; Wonder Woman is the DCEU’s best film to date by far. With a brilliant leading lady in the titular role, a great supporting cast, and a story worthy of this iconic character, Wonder Woman comes highly recommended.