I must start things off by admitting to a long-time love affair with Scandinavian metal. It's not something I'm ashamed of so stop trying to shame me! Where it originally started is hard to say, however it likely began with obsessively studying the history of the bands and musicians I was listening to. An entire history of a vast genre of music was there for me to explore in the liner notes of records I bought which often told the story of the bands that inspired them growing up as well as special shoutouts to their contemporaries. 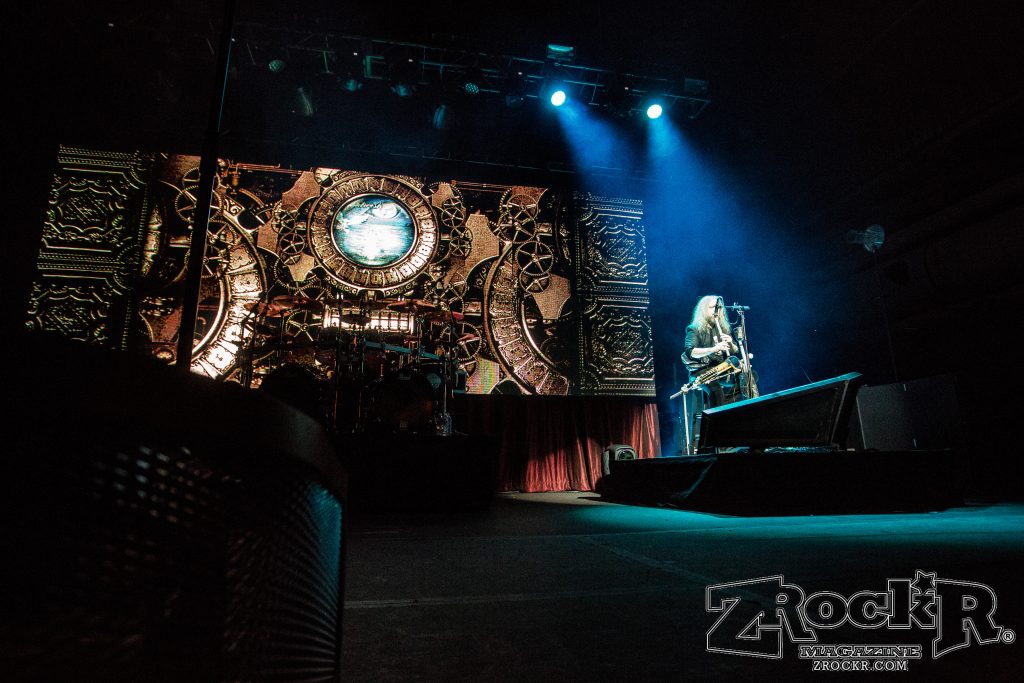 The internet has been useful tool for a metalhead who’s hungry for more information on the bands they love as well as music they yet haven’t heard. I chatted on AIM or Yahoo! Messenger with (likely) older fans who would take cues from what I knew I liked and point me in the direction of other scenes I might be interested in.

Pandora was the same concept but was now automated. I could tell Andromeda’s Bane what I was interested in and algorithms would shoot out a plethora of songs at me and gave me the chance to tailor the experience but simply letting it know whether I liked or disliked a song. Creating a Pantera station led me to Down, Superjoint RItual, Crowbar, and EYEHATEGOD. But all in all doing my own research led me further down the rabbit hole than Pandora could take me.

So long story shortened a bit - One day while looking through what other projects that members of Cradle Of Filth had been involved with it let me in on the factoid that then current drummer Adrian Erlandsson had a younger brother in a band called Arch Enemy and that he himself had been in two other bands before and I asked myself “I wonder what At The Gates and The Haunted sound like?” Warning Spoilers Ahead: Fucking. Killer.

I soon discovered that Swedish Death Metal had the Stockholm Scene as well as the Gothenburg Sound which I prefered. That Norway is where you actually find Satanism in metal (and Christians just had to get in on that bandwagon too, Christ you have to ruin everything). Lastly Finnish metal is weird. 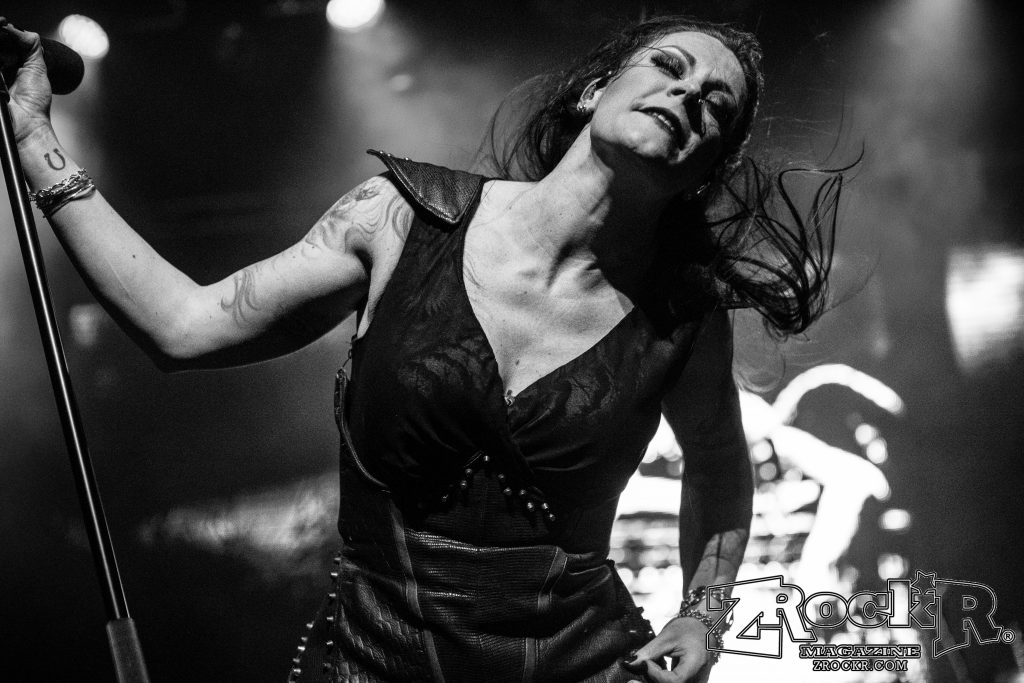 Okay maybe not all that weird but… you’ll get what I mean. Stone wasn’t all that different to Metallica or Slayer but Children of Bodom became my favorite Finnish band pretty much as soon as I heard their mix of black and death metal with neoclassical. Fucking weird - and awesome!

Other Finnish metal bands I can tell you will be worth your time are the melodic death metal band Mors Principium Est (DO NOT ask me to pronounce that), a few black metal outfits such as Beherit as well as Finntroll and Moonsorrow both whom fused black metal with folk stylings. Oh and the final form of Sinergy was almost entirely comprised of Finnish musicians including Alexi of Children of Bodom fame, Roope who was a founding member of Stone and who joined C.O.B. in 2003 after Sinergy split as a result of bassist Marco leaving for Nightwish. Funny how that works. Also I think Sinergy is criminally underrated so please please please check them out.

After making our way upstairs with everyone else, walked past the merch table and getting our tickets scanned we were greeted by two roadies handing out Nightwish’s latest compilation release ‘Decades’. This release is a two disc walk down memory lane which includes twenty-two tracks from the band’s over two decade history dating back as far as 1996 with the original “Nightwish” demo.

I have been following this band since I was a wee metalhead so I can tell you that possibly the most important thing I can tell you is that Nightwish has had three - count them three lead singers in twenty-two years. Three women with wildly different voices and enough controversy surrounding the departure of the first two singers that… nevermind that’s not really important.

I will say that like other bands I’ve written the reviews for I am always interested how a band’s vocalist will stack up to another singer I have seen perform with the same band. As for Nightwish however the is the first time I’ve seen them live so I don’t have the benefit of past experience to give you a more informed opinion. That said Floor Jansen was very impressive. She doesn’t have the classical training per se of original singer Tarja Turunen or the pretty almost pop stylings of Anette Olzon but Floor has the voice of a bonafide female rock/metal singer.

Overall I really enjoyed this show. They played classic Nightwish as well as some damn impressive tracks from more recent albums. I’ve already spoken of Floor’s vocals but Marco was as impressive as I hoped he would be. Emppu put on a guitar clinic and each time he started in on a solo I would turn my head to one of the screen to take it in. 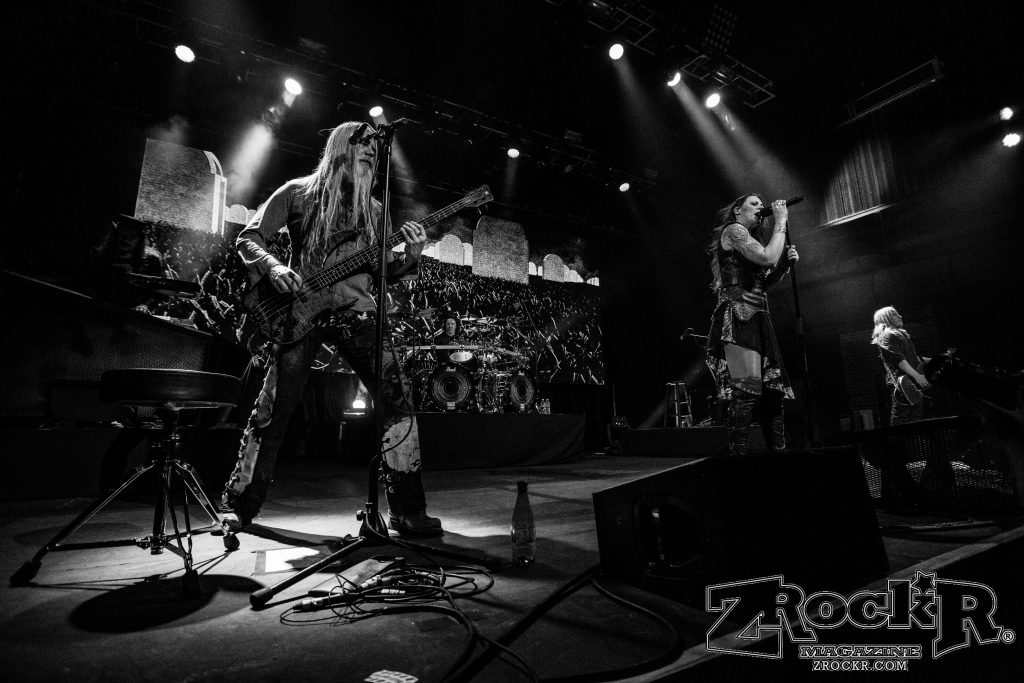 Previous to joining the band full-time Troy Donockley had been a session member and the man really filled out the sound picking up various instruments throughout the set. When he wasn’t playing guitar he was bringing to life folk interludes on instruments I have no fucking clue what they’re called.

Touring/session drummer Kai Hahto (Wintersun) is a pro for sure, not once did I think to compare him to original drummer Jukka Nevalainen. Last but not least keyboardist/composer Tuomas Holopainen just - he just makes playing keyboards look fucking cool man.

All in all if you didn't get a free copy of Decades at the show or you want an easy way to get into the band and support metal music, buy that shit. I for one tore open the packaging on my way to the car because there was nothing else I wanted more than to listen to those songs again. I can tell you I will be going to see Nightwish again the next time they roll into town and so should you. 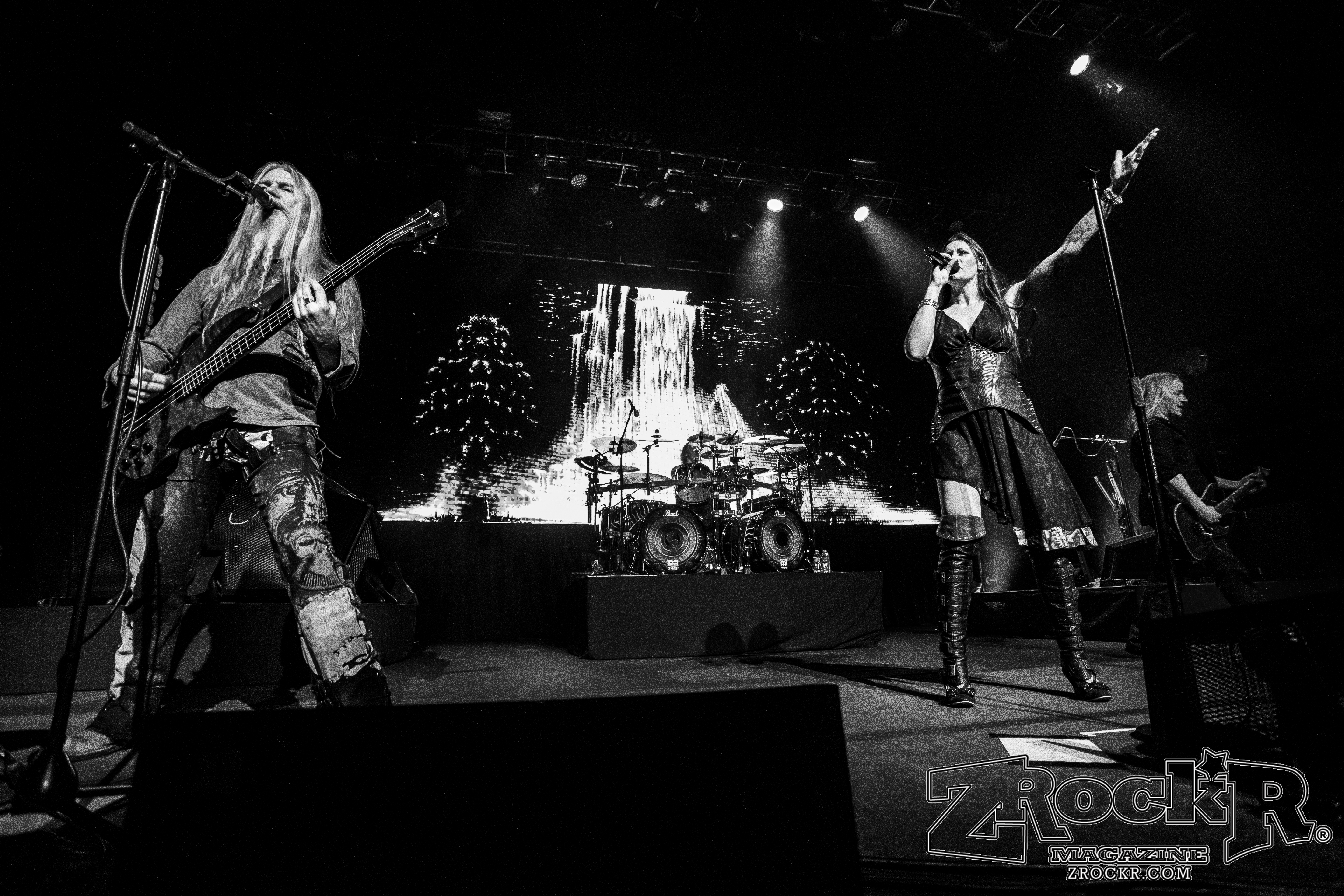 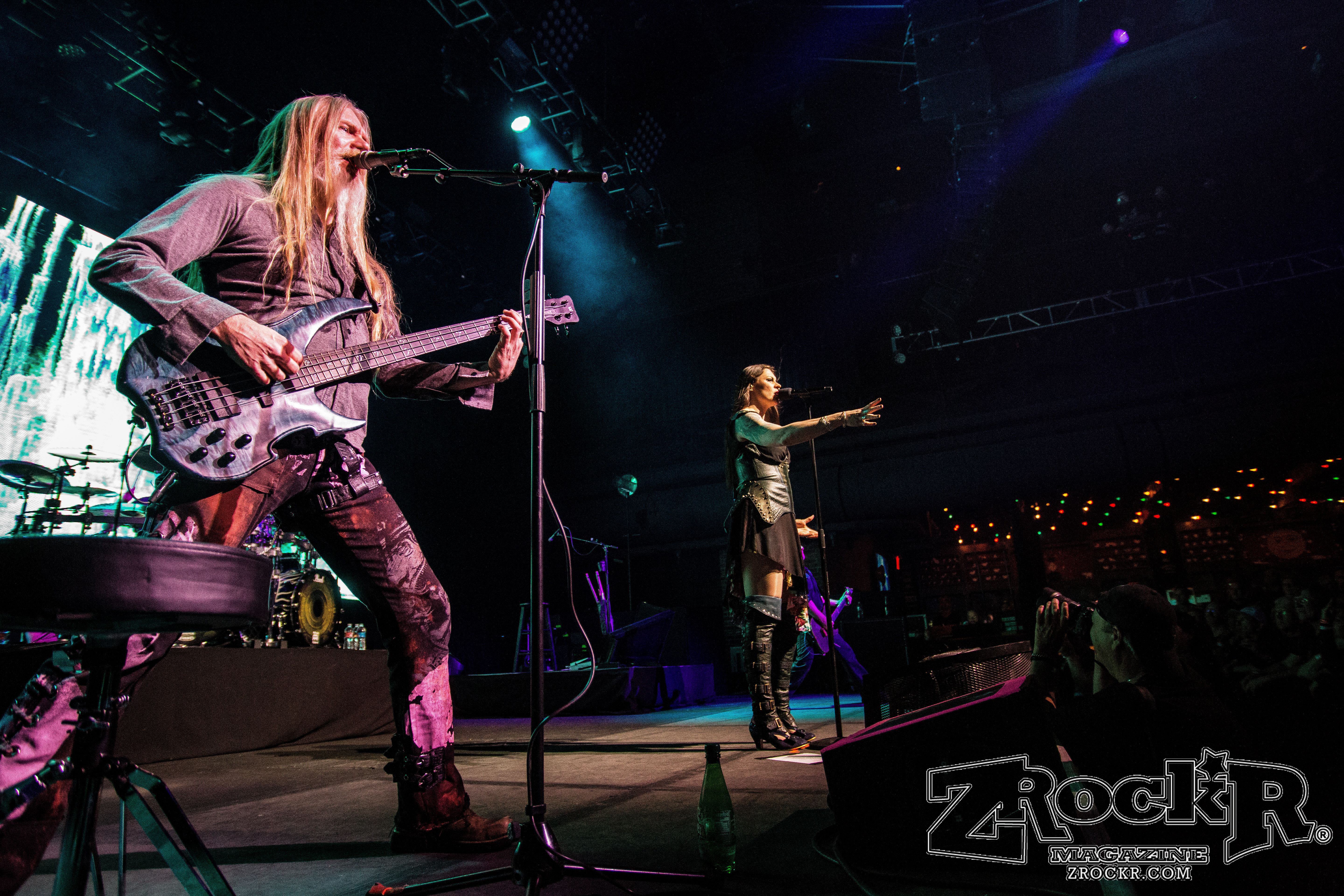 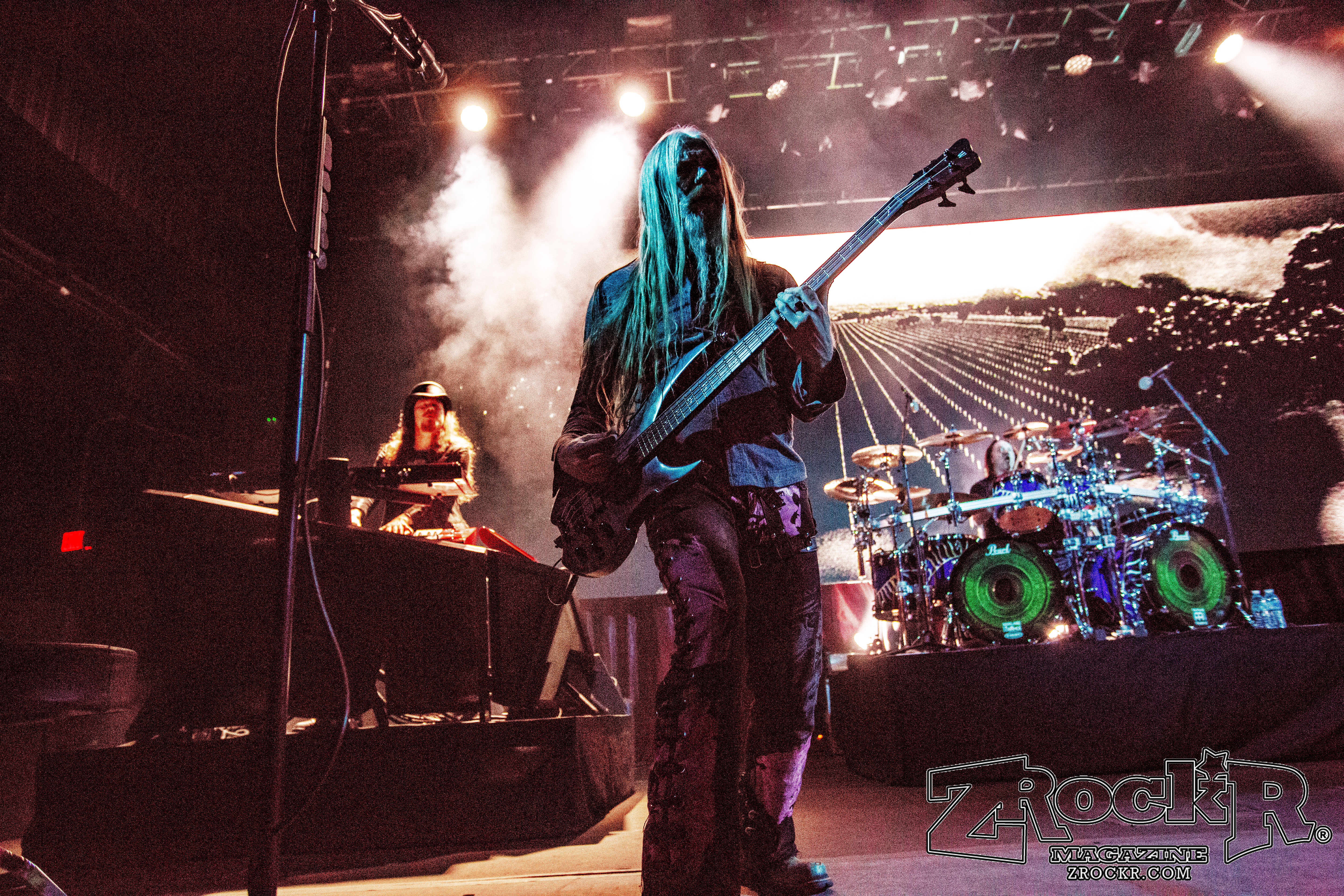 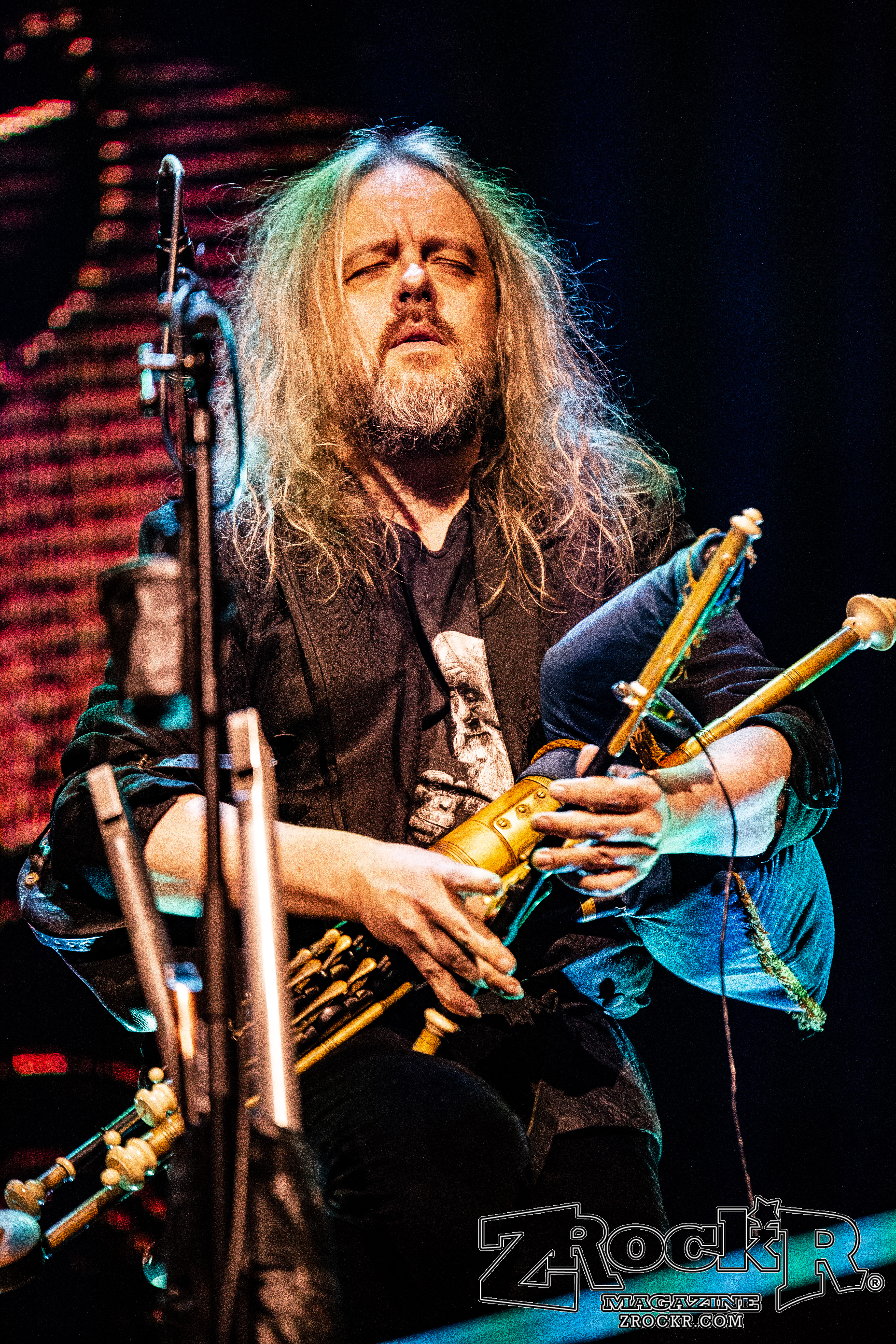 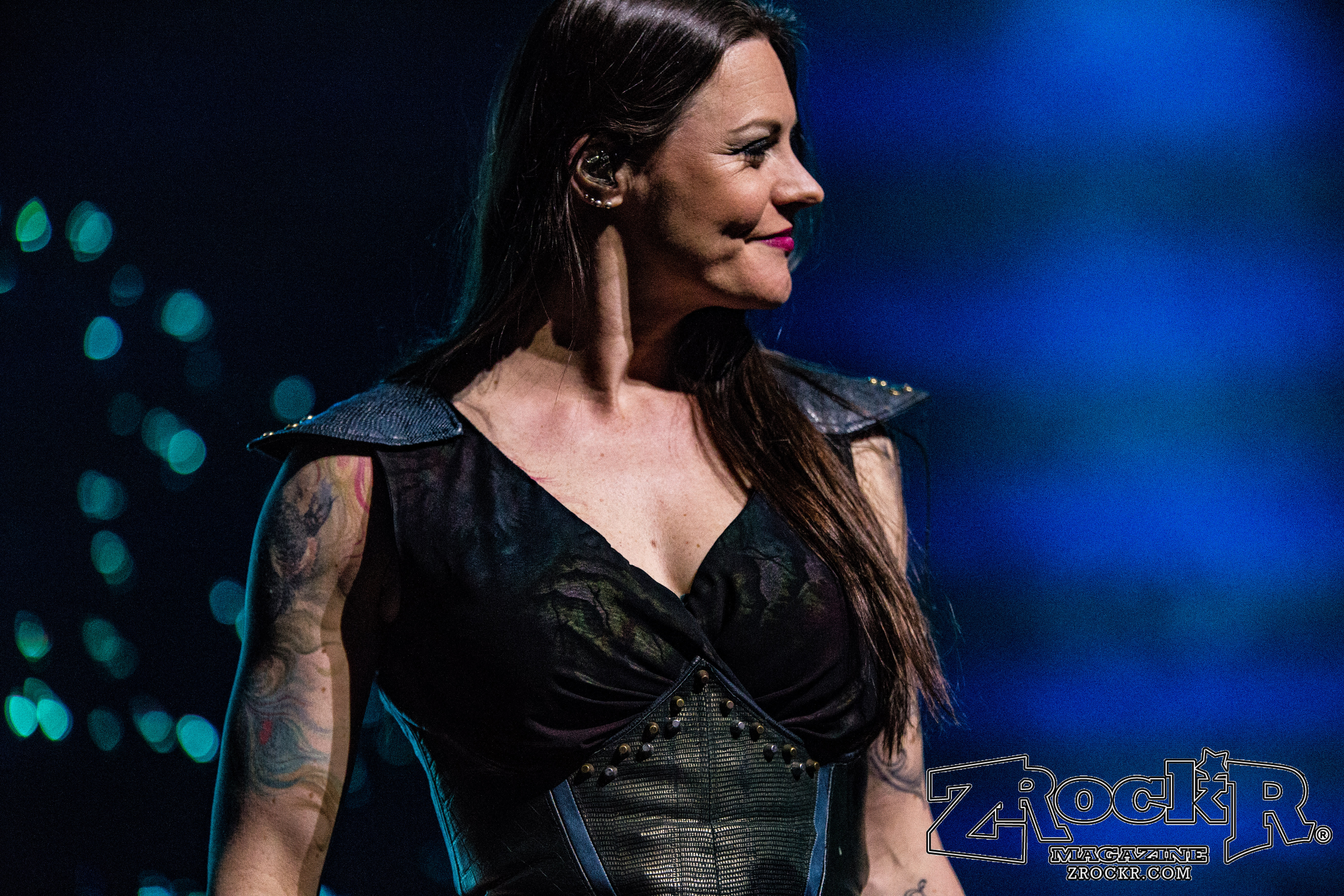 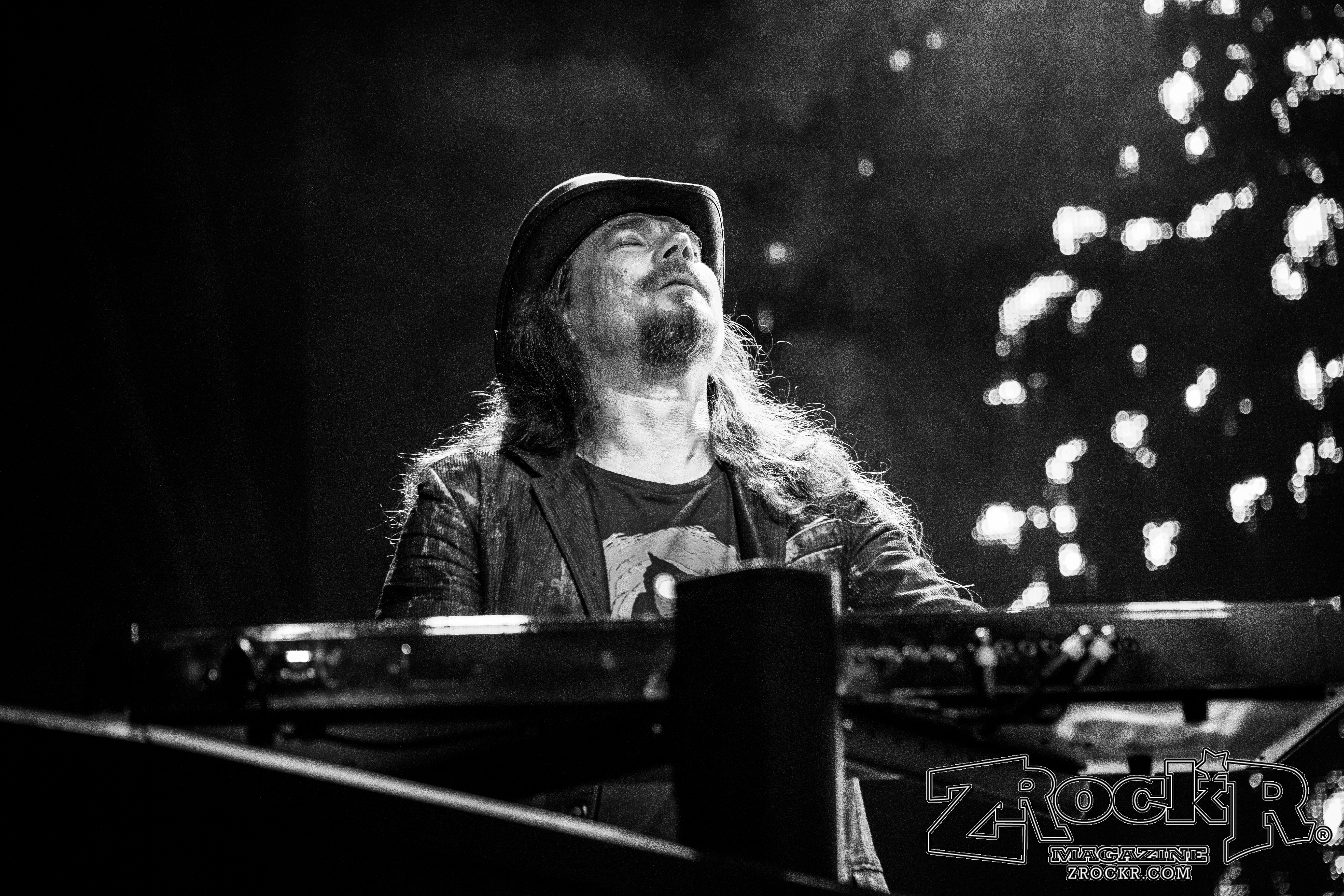 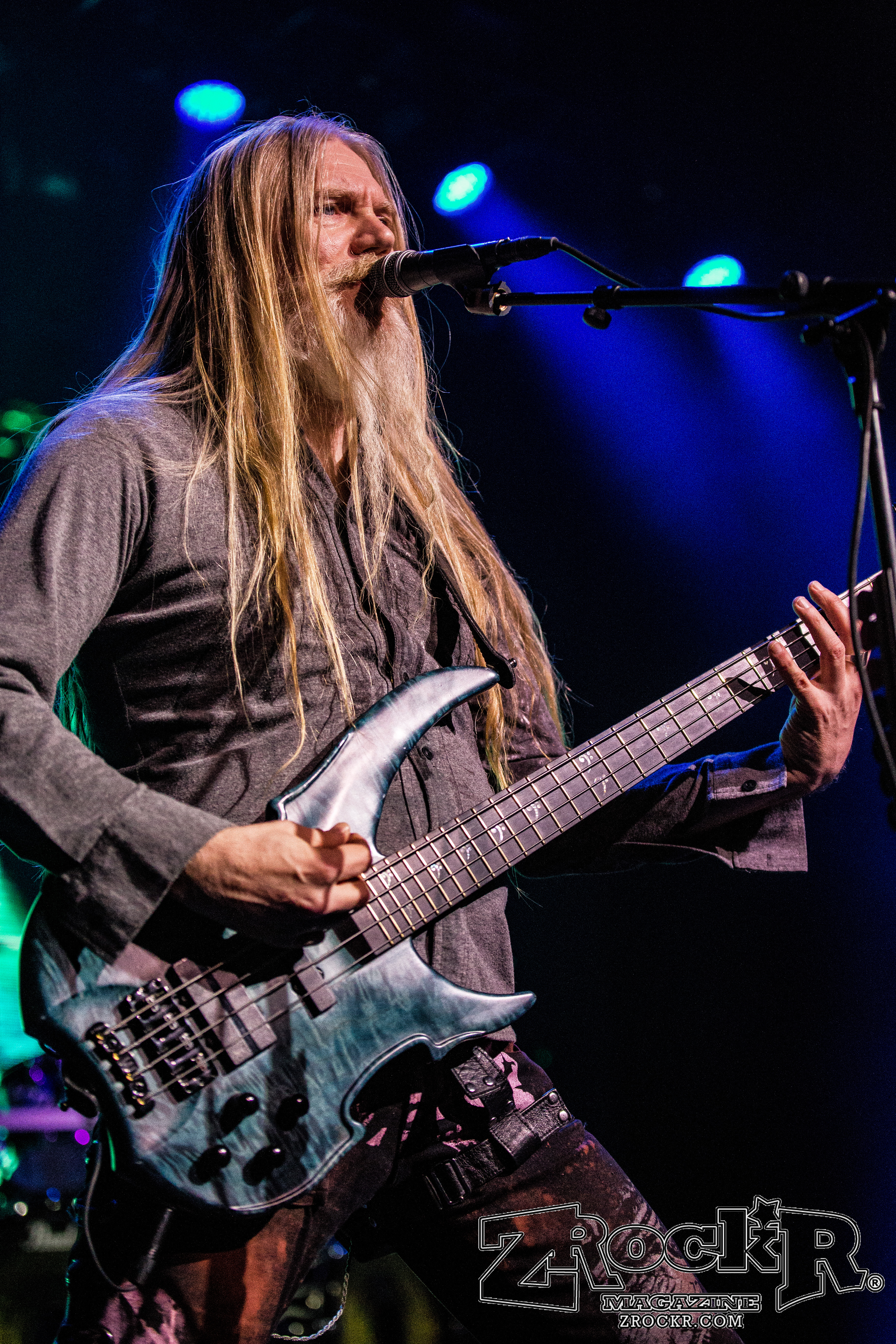 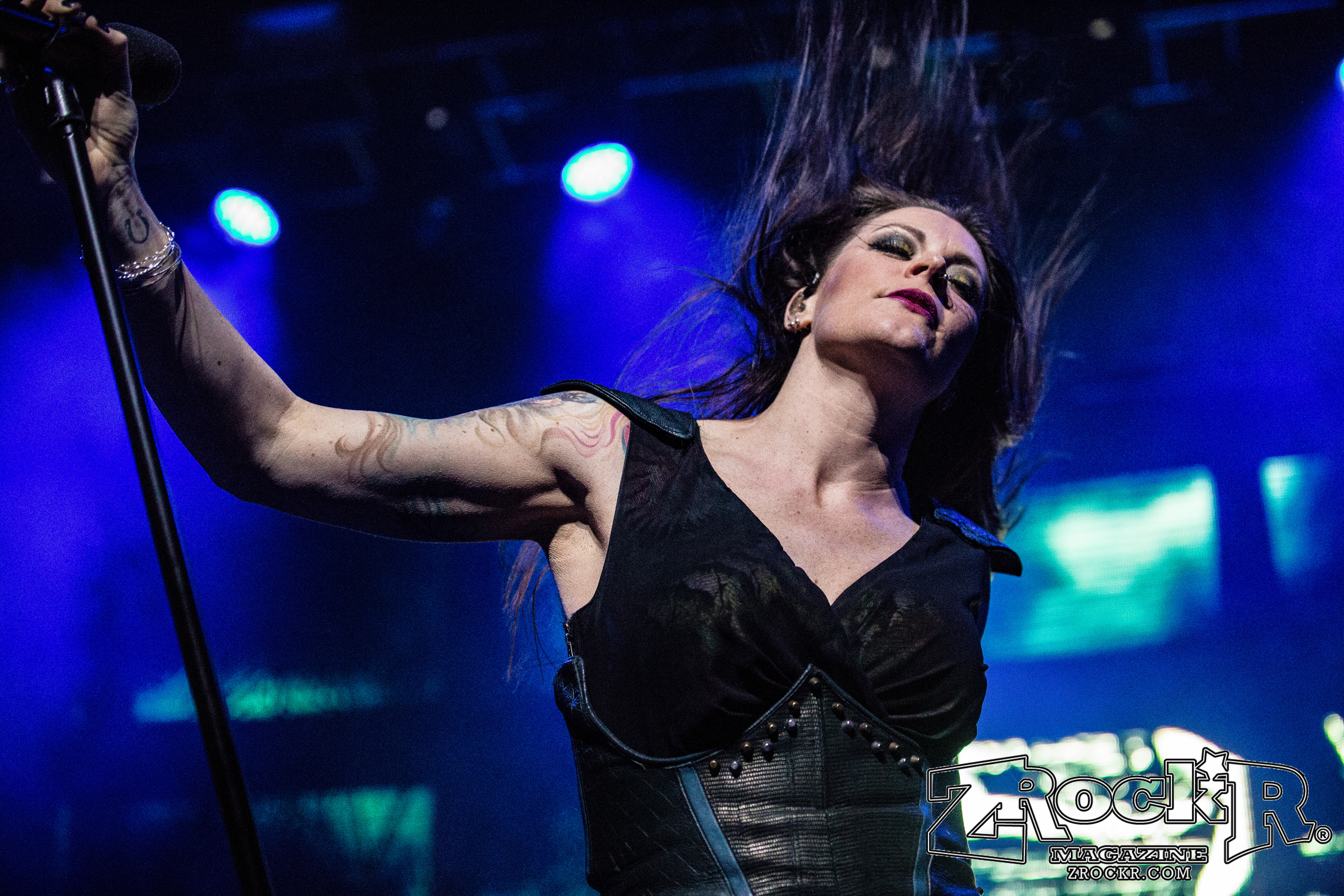 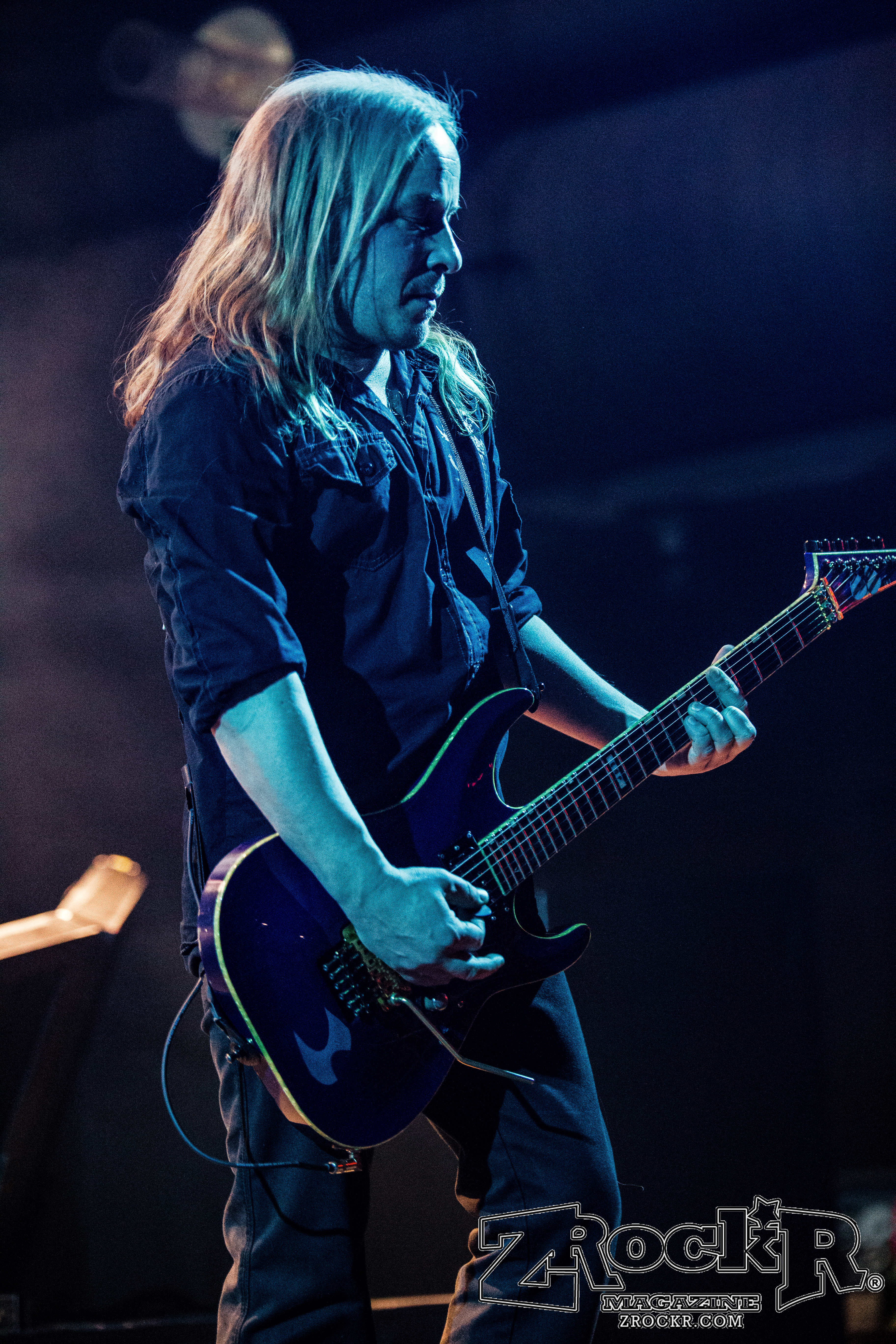 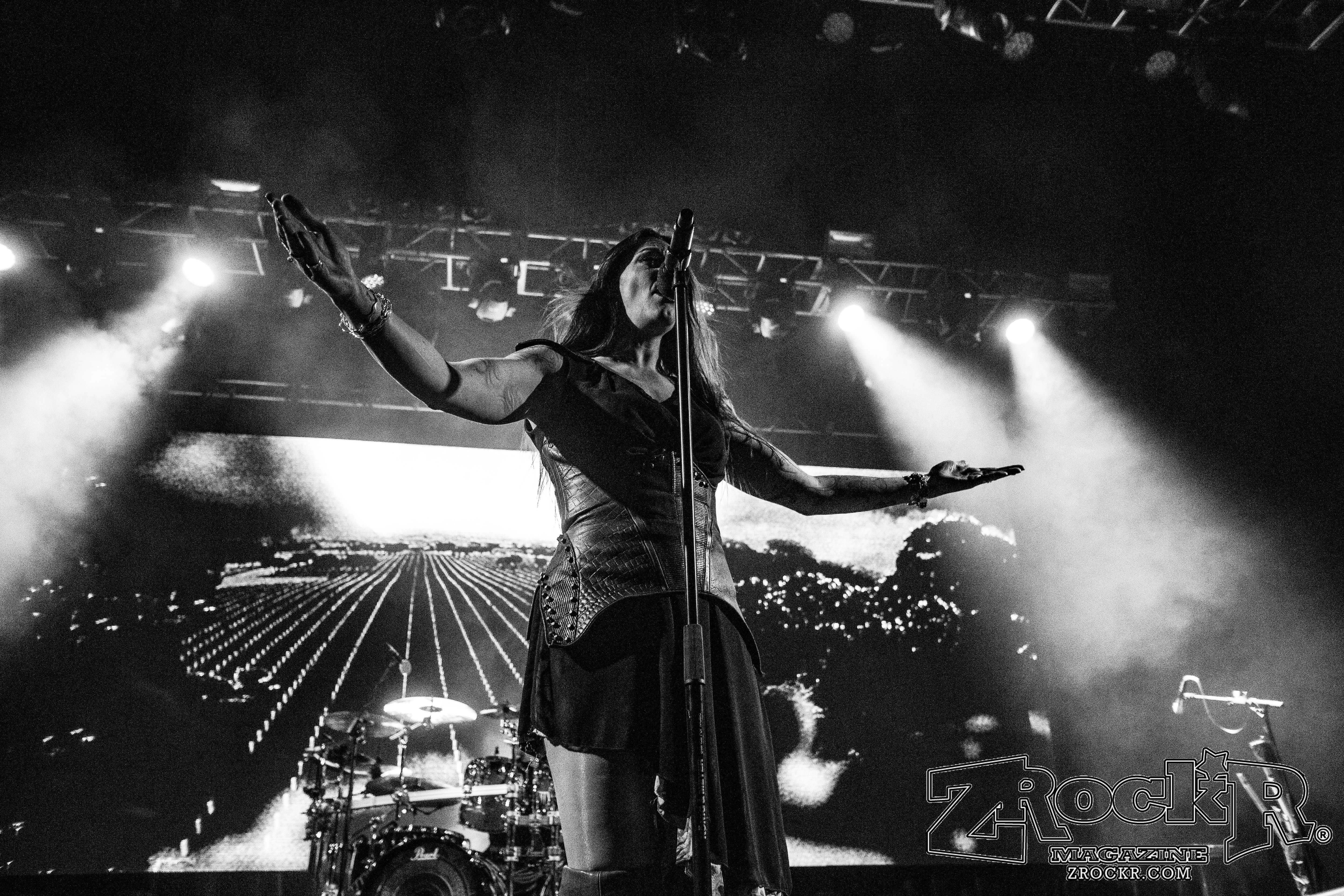 Chappaquiddick - The Historical Incident Comes to ...