Over the years, Metallica has become one of the most popular hard rock and heavy metal bands in the world. It’s not surprising the group’s legacy has spawned numerous tribute acts around the globe. One, who bill themselves as “The ONLY Tribute to Metallica,” is one such act. 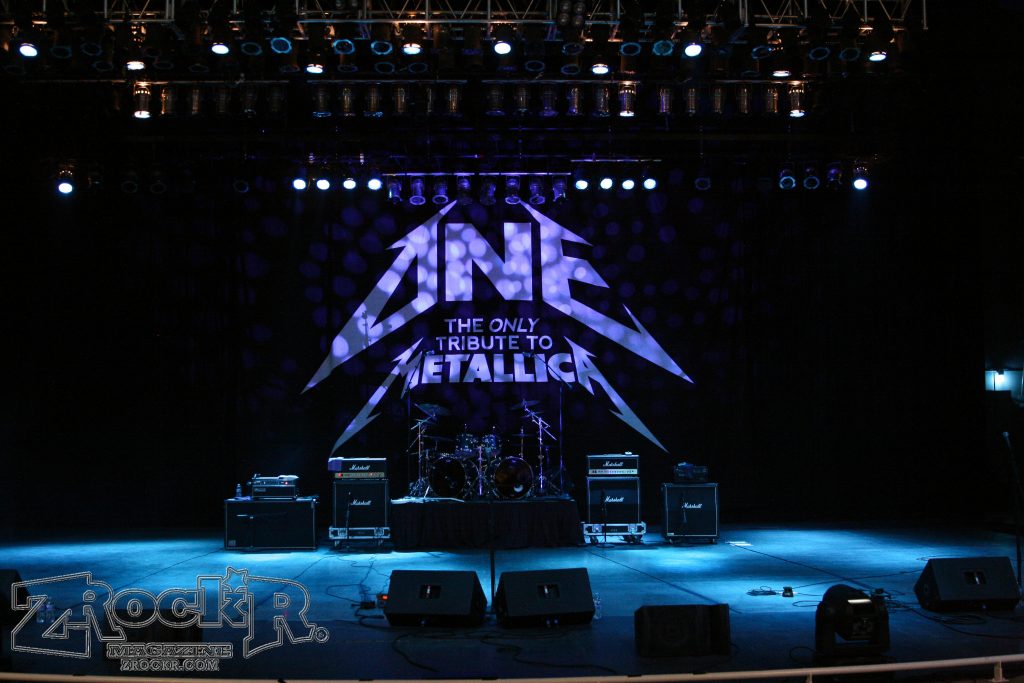 One consists of Shane Obershaw as Lars Ulrich (drums), Jeff Winslow as Kirk Hammett (guitar), Mike Presley (bass), and Chris Westfall as James Hetfield (guitar and lead vocals). For this show, Winslow was not in attendance, and the group had a fill-in guitar player, Niko Valdez.

While I don’t get over to the Henderson Pavilion as much as I’d like to, it’s a great place to catch a show. The venue is an open-air amphitheater with traditional seating and grass in the back/top of the hill for sitting/standing for people who prefer that. Previous shows I’ve caught at the Pavilion include Hairball, Ratt/Dokken, Billy Squier, and Quiet Riot/Slaughter/Vince Neil. It’s a great outdoor venue and I’d love to see it utilized for more rock/metal shows in the future! 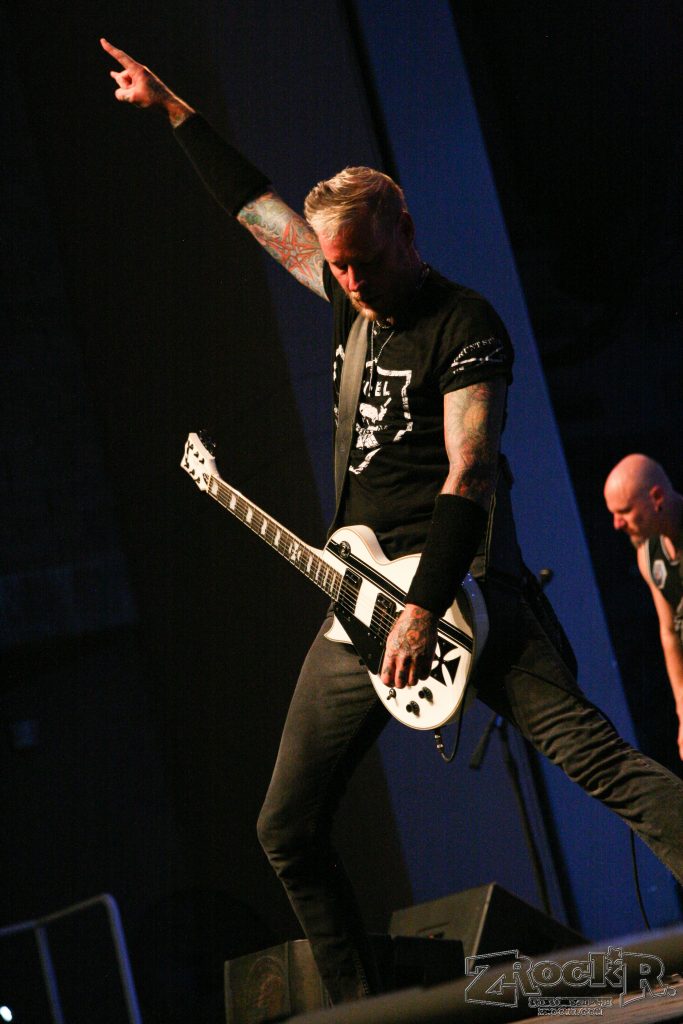 One thing which sets One apart from other Metallica tributes is the fact that some members of the group have actually been a part of Metallica’s road crew, even jamming with the “real” band on stage! This gives them an immediate edge over other tribute bands, as it means they’ve had a chance to learn from the masters in the truest sense. The fact that they began their show with "The Ecstasy of Gold" from The Good, The Bad, and The Ugly playing over the loudspeakers was a good sign; it’s what the real band always walks onto stage with.

Right from the get-go, these guys rocked hard. These were blistering renditions of many of Metallica’s greatest tunes. While the setlist mainly stuck to the popular songs people know from the band’s “prime” from 1983-1991, there were a handful of surprises, including some newer songs (along with a humorous monologue about Lady Gaga butchering one of the tunes), and “Fuel” from the group’s 1997 Re-Load record. The lone cover song in the set was Diamond Head’s “Am I Evil,” originally recorded by the group as a B-side in 1984, and it was a welcome inclusion. The one complaint I have with the mostly good setlist is that it basically neglected everything after the 1991 self-titled “Black Album” with the exception of a handful of cuts from their latest studio record, Hardwired to Self-Destruct, the one exception being 1997's “Fuel.” I doubt anyone will complain about a lack of tracks from St. Anger and Lulu, but what about “I Disappear” from the Mission: Impossible 2 soundtrack, or anything at all from what’s arguably the group’s best post-80s album, 2008’s Death Magnetic? Still, in terms of setlist, the good outweighed the bad, even if it was fairly predictable. 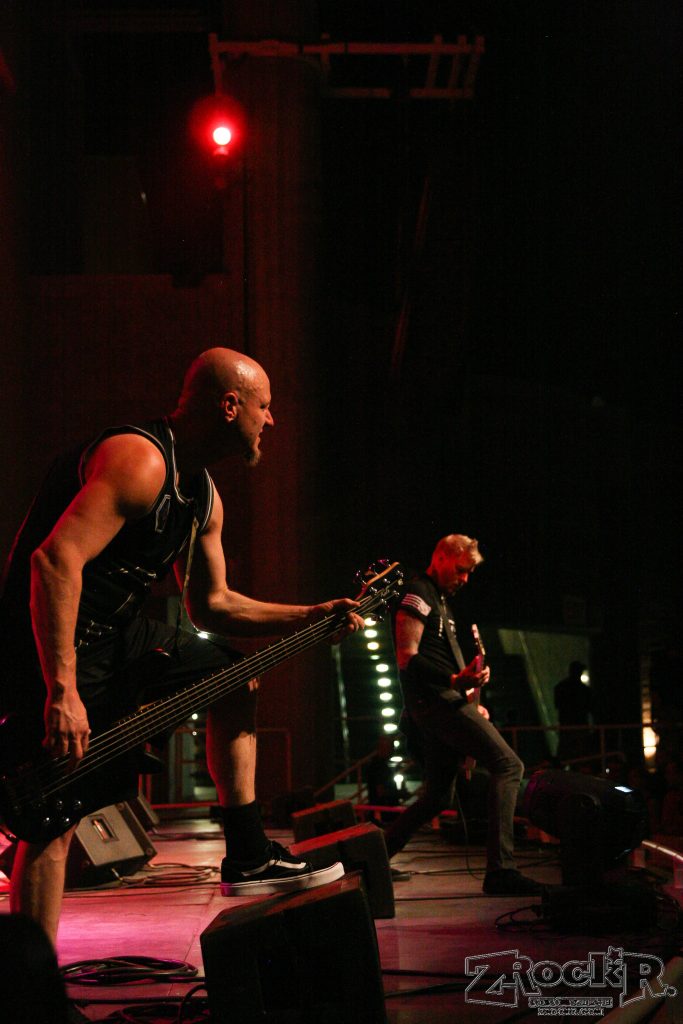 The actual performances deserve some major credit; these guys don’t simply “copy the records.” You can tell the group has been influenced by live performances from the real band, including the way certain songs are performed versus their studio counterparts; a major plus in this fan’s book. Based on the enthusiastic crowd reaction (at least from where I was sitting, near the front of the venue) with fans singing along on each track, it’s clear they struck a chord and resonated with the fans. The only issue I had with the actual performance itself was the backing vocals from the bass player, which were very guttural, and sounded more like something one would expect to hear on a Slipknot record. But the group was tight and had excellent energy and chemistry on stage, which is saying a lot considering the band was playing with a fill-in guitarist! Overall, I can give the performance itself high marks. These guys know what they’re doing.

Okay, I do have one other minor criticism, and that’s a failure to make use of what the venue offers. A real Metallica show makes use of pyrotechnics and elaborate setups, but the stage here, aside from the men playing on it, was pretty mundane. Last year I had the luxury of seeing a rock/metal tribute band called Hairball play on this same stage, and their show had elaborate stage ramps, pyrotechnics, lighting arrangements, and far more. So clearly these elements can be utilized on the Henderson Pavilion stage. The group has the “performing” end of things down. I haven’t seen other performances from the group aside from this one, so I can’t say whether or not they utilize these elements in other venues, but they most definitely CAN be done at the Pavilion. 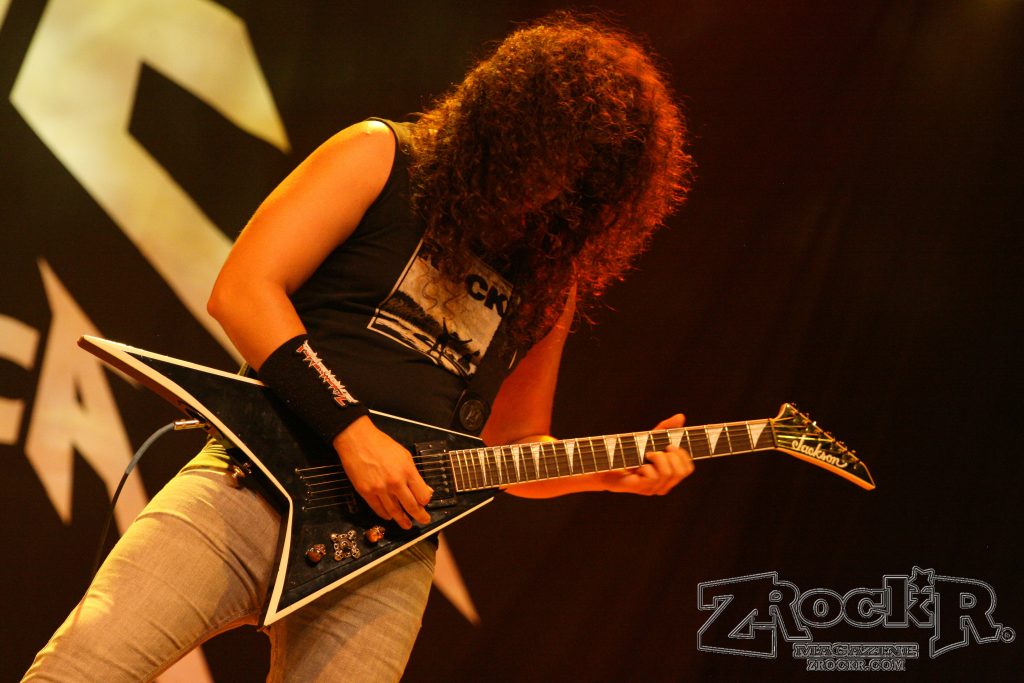 Despite some minor criticisms, One put on a fantastic tribute to the music of Metallica. Having a fill-in guitarist didn’t hold the group back; in fact, he was the Hero of the Day. Fans of Metallica who attended this show all seemed impressed by what they saw, and I was happy overall. If you’re a Metallica fan and they come to town, they’re worth watching. 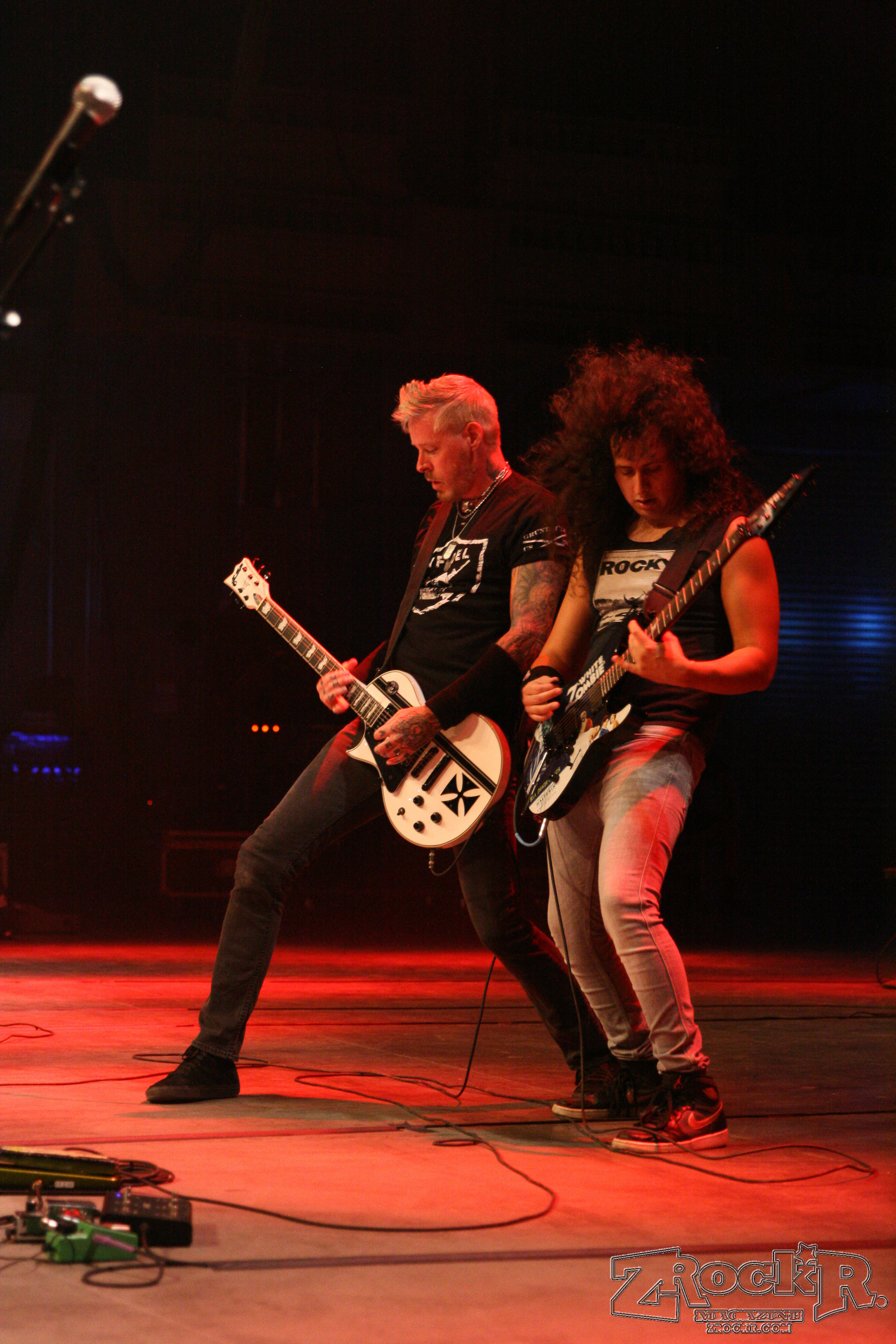 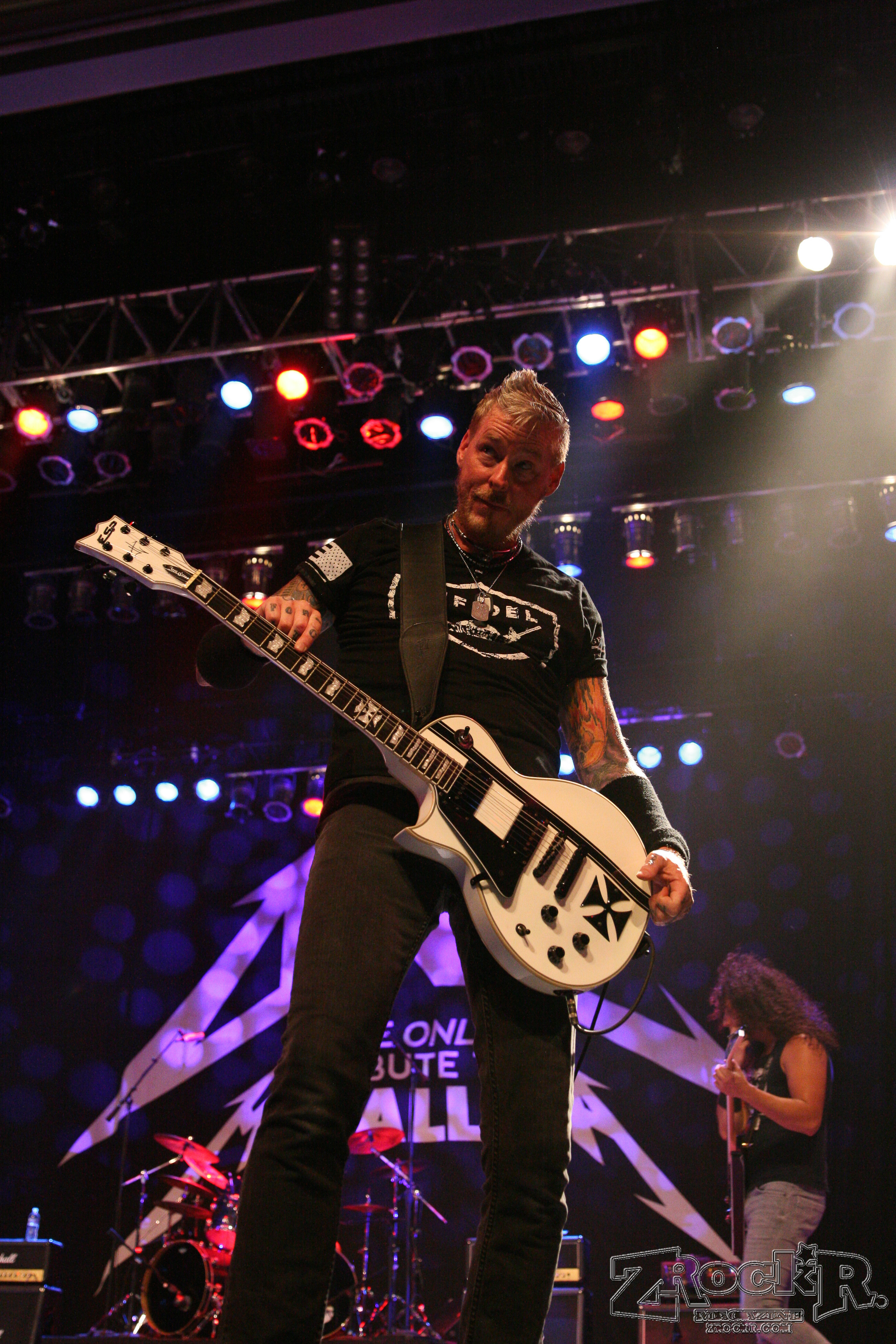 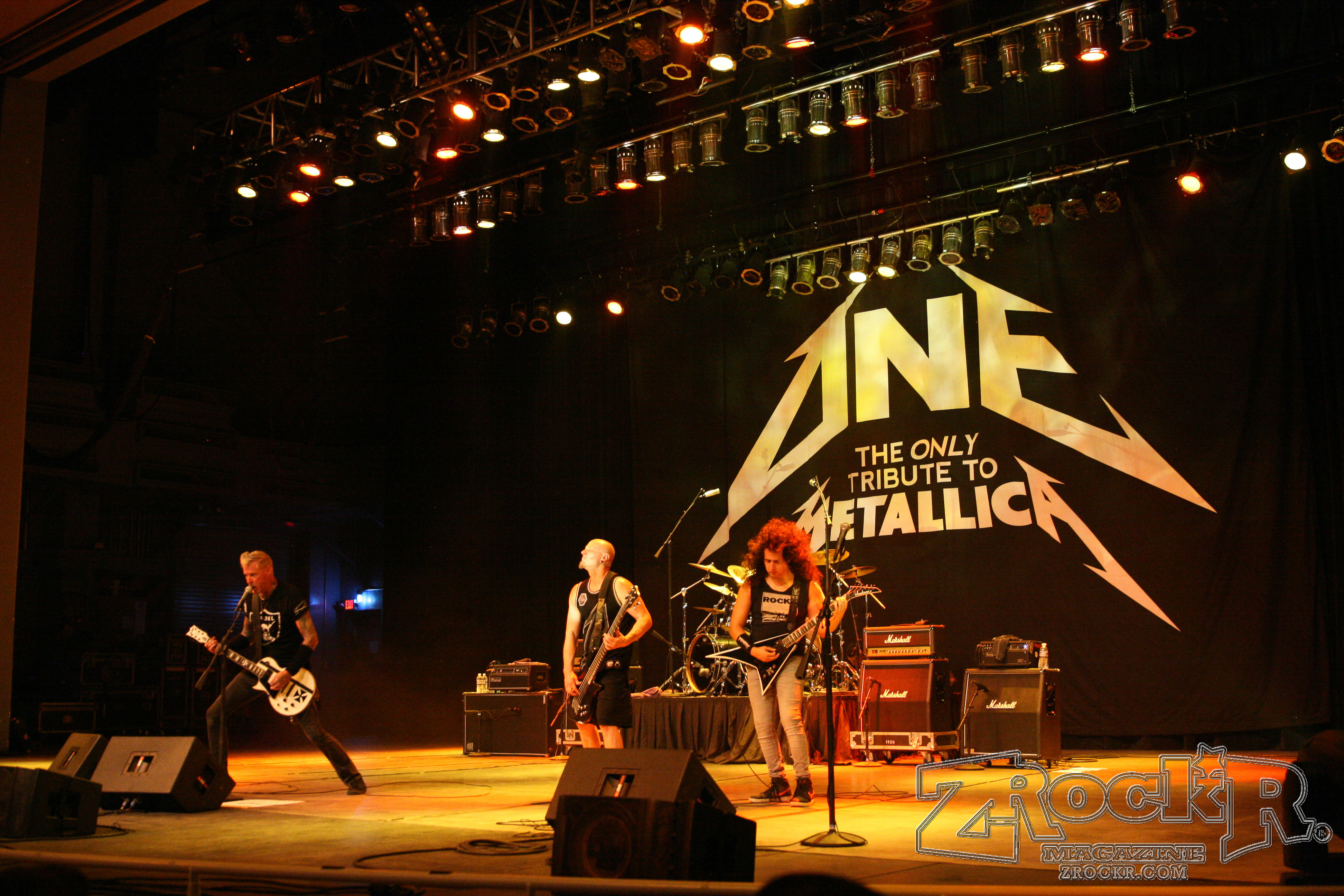 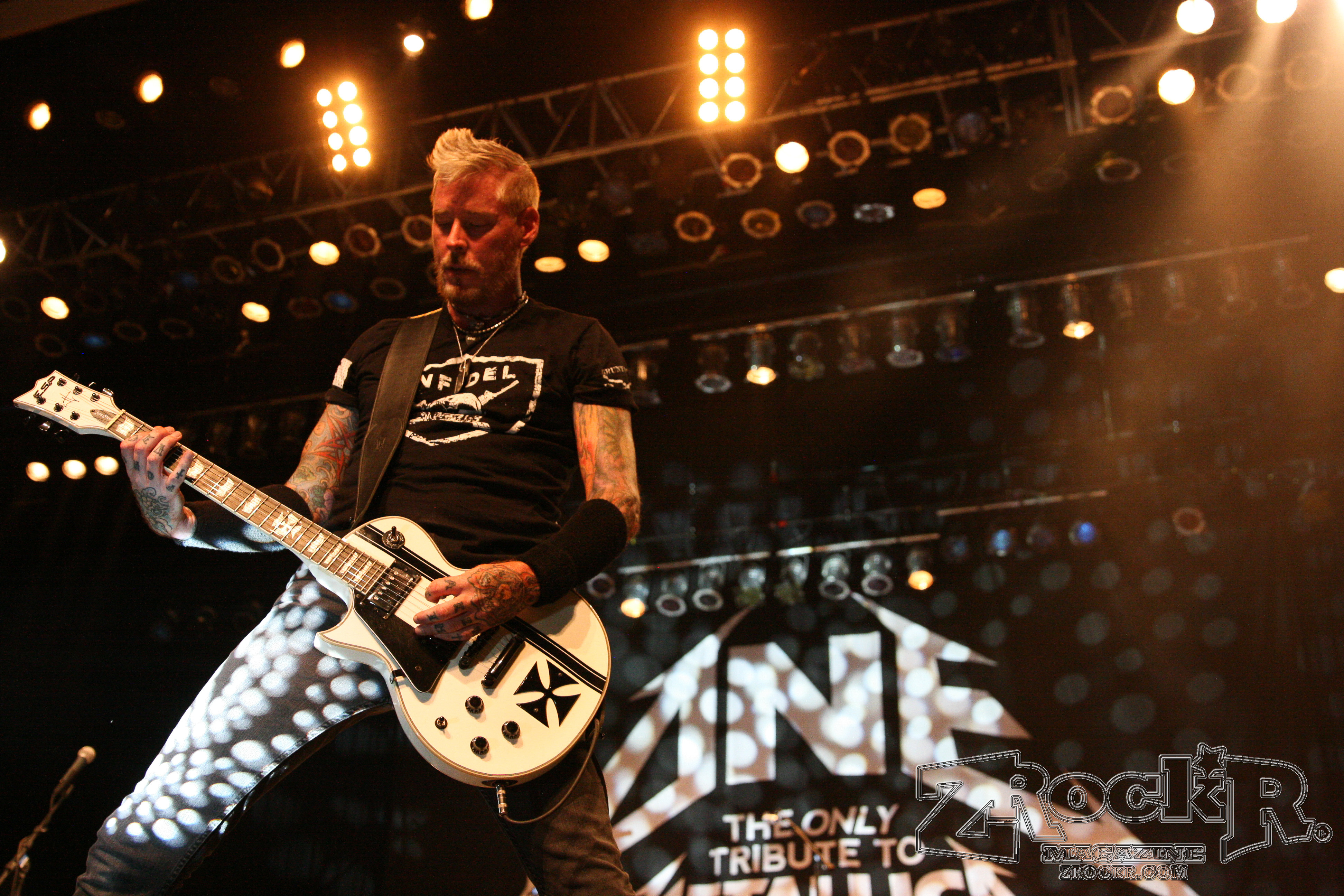 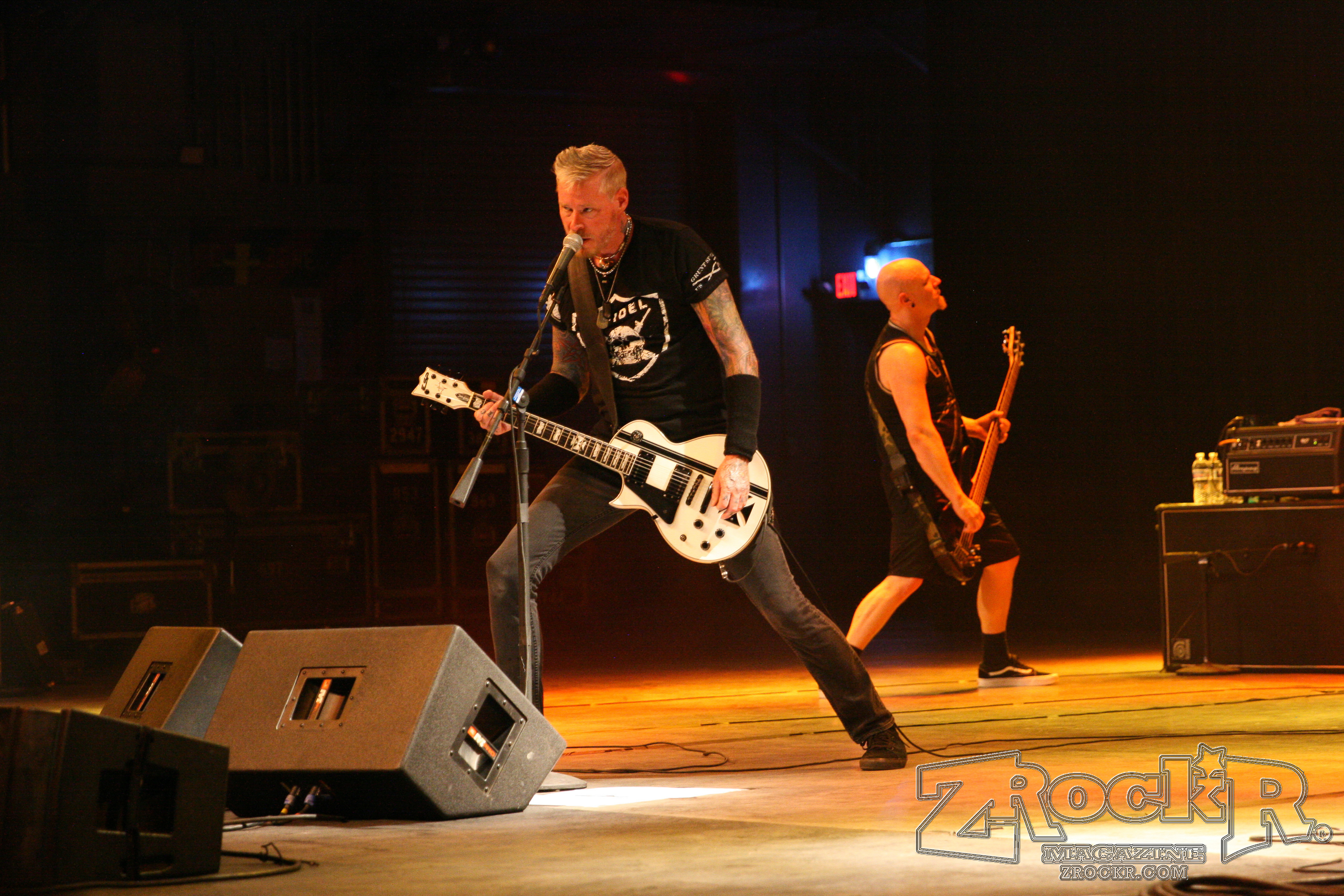 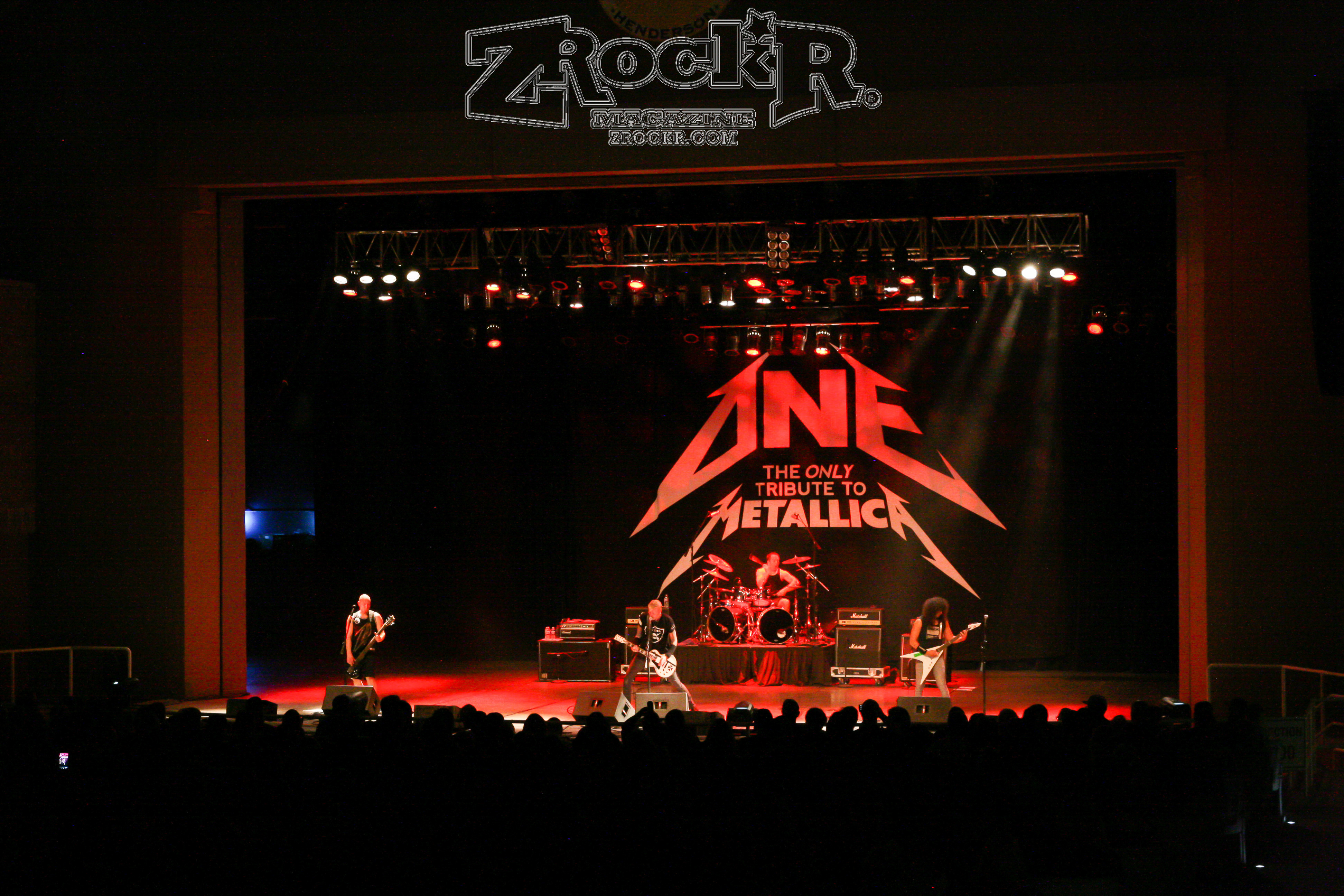 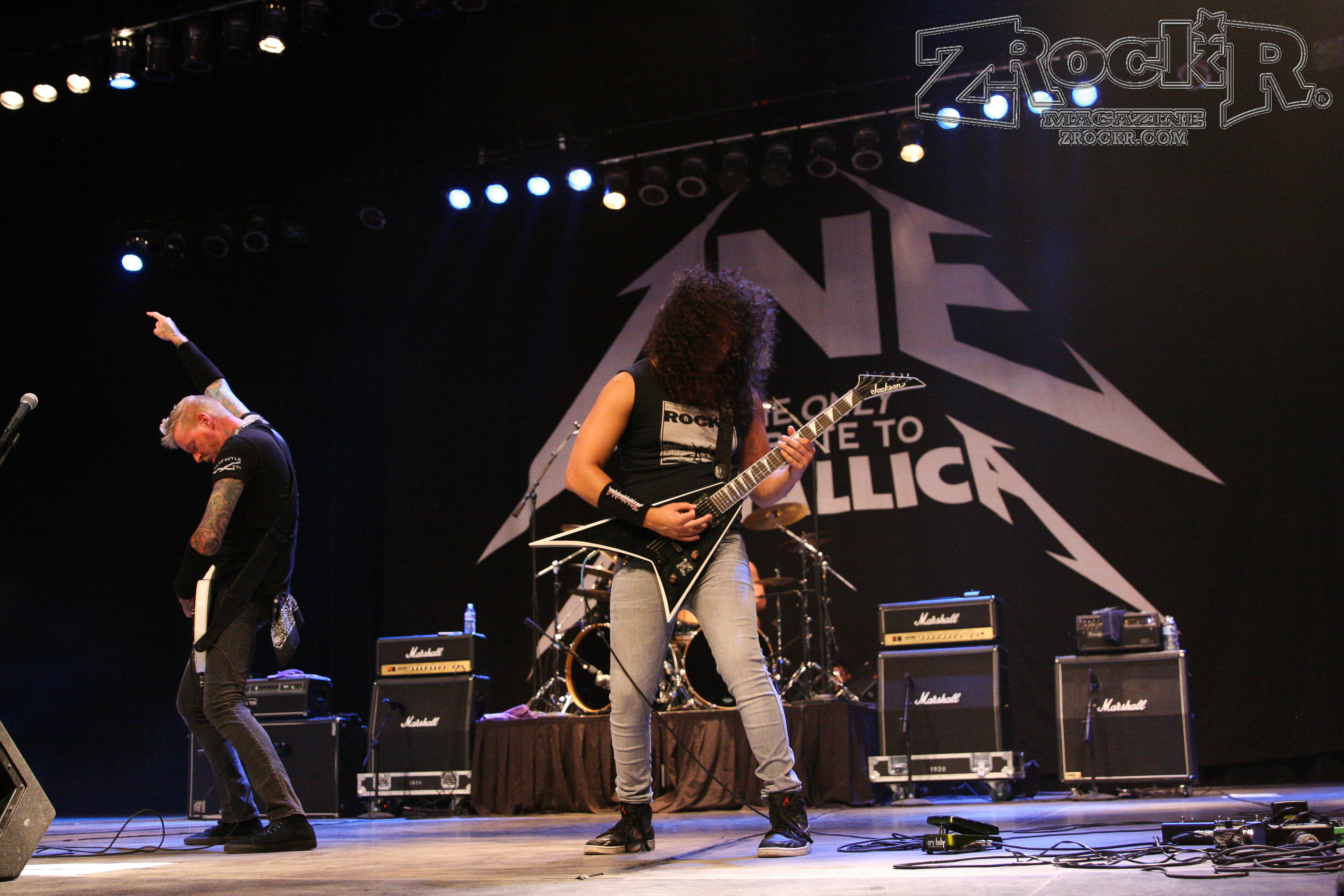 KISS Meets the Phantom of the Park ...