Home›Reviews›Devil Wears Prada - A Taste of 8:18

For years Metalcore heavyweights The Devil Wears Prada have been setting standards for the scene with groundbreaking releases. From their debut album Dear Love: A Beautiful Discord, and their uniquely themed Zombie EP, all the way to their most recently released pinnacle Dead Throne. They have never lost their faith and continue to be one the most consistent lineups in an age when bands cycle through members like old socks. Now the boys are coming back with their highly anticipated release 8:18, set to drop on September 17, 2013 from Roadrunner Records, and we’ve got a taste of what’s to come! They have debuted the first video off of the upcoming release entitled “Martyrs” which has not strayed off the path of their brutal take on the gospel one bit. You can also catch them headlining the 8:18 Tour this fall with supporting acts The Ghost Inside, Volumes, and Texas in July. The Devil Wears Prada play some of the most energetic and passionate sets that I’ve ever seen, and with a card like this it will not be one to miss. Check out the new video and tour dates below. See you in the pits! 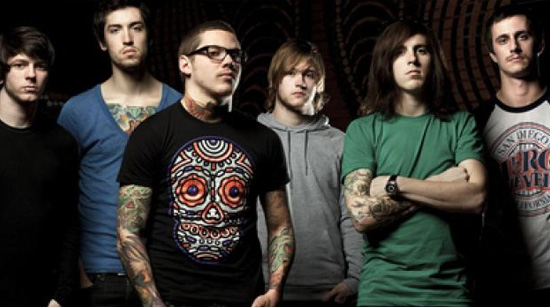 Up and coming... PEACE