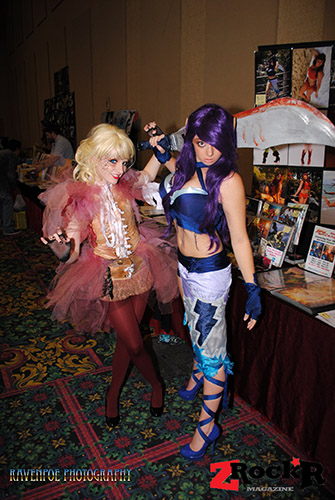 When you think about nerds in Vegas, you often think of the big CES convention. In this instance, you’d be wrong. I am referring to the Las Vegas Comic Con. It’s new here to the city, so it isn’t very big yet, but the word is out, and it will grow, I’m sure.

Being that I am a gigantic nerd, and the comic con happened to fall on the last weekend of Breaking Bad, and Gus was going to be there, I went and got myself a costume. I wanted to meet Giancarlo. He was my favorite character on the show and it pissed me off when they killed him, but, it was an epic death, for an epic man.

As I am walking up to the convention doors, I am getting the strangest looks from people, like they didn’t understand what I was trying to portray in my costume. How can you NOT know about Breaking Bad? I was dressed in a bright yellow hazmat suit, with blue gloves and a full on chemical gas mask on my head, just like the boys would wear in the show. Some people knew, but not enough for my liking. 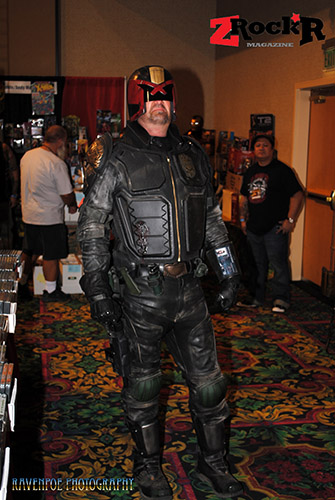 There were some pretty good costumes in the con, some better than I expected being this is only the second year here. Lots of variations of Stormtroopers and the new Bane, lots of Wolverines. A couple of Wonder Women. Some should have rethought their costume, but I applaud them for having that big of balls to leave the house. My favorite set of costumes tho, was the group of lesser done superheroes in the back corner, The Watchmen. Rorshach, The Comedian, and Night Owl. These were some of my favorite stories as a kid, and I was happy to see someone went all out with these guys, and they did a great job with the detail of the costumes.

I went searching for Giancarlo tho. I wanted to at least get a picture of him, even if I did have to stand 20 feet away and try to get him in the pic behind me. But, lo and behold, he was actually super nice, very friendly, and more than happy to take pictures and talk with you without charging money. He said he liked my Heisenberg costume, which was awesome. I searched for a while to find that yellow hazmat suit.

There were a lot of great up and coming artists and comic creators there. I tried to talk to just about everyone I could, but being in that hazmat suit, I was fading fast. It was hot inside that thing, and I could feel sweat gathering at my socks at my ankles. Anyway, there was one comic that I particularly liked out of all the other new ones, Kid Zombie and Bruno. You should get yourself online and check it out, it is not what you are thinking it is. The author lives here in Vegas, and it has a bit of a take from this city in it, at least it seems like it does to me, which makes it more interesting. 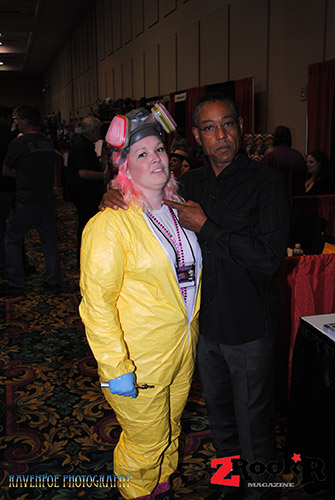 Being that I am a complete nerd girl for William Shatner and Star Trek, I had to go and meet Gorn. If you don’t know who Gorn is, he was the lizard man that Captain Kirk fought with out in the desert planet, one of the most famous scenes from the original Trek series. The guy was funny, had a lot of really great stories about the days he spent on the sets of Star Trek playing different roles. Talked with him for a little while until a really pretty Wonder Woman captured his attention and I decided to go see what else I could see.

Overall, the experience of the new Las Vegas Comic Con was a positive one. The venue hall was nice, but I am sure they will soon outgrow the hall and need to find a bigger space. Next year I bet it will be at least one and a half the size as it was this year. Everyone likes to come to Vegas, even fanboy nerds that dress up as their favorite childhood super heroes or villains. Until we meet again, on some distant planet, in some far away galaxy, o even in my own back yard, livelong and prosper, for the force may not always be with you.