I was just a few months shy of turning 4 when Kurt Loder broke the news over MTV to the world. “Today, Kurt Cobain, the leader of one of rock’s most gifted and promising bands, Nirvana, is dead.” I sat glued to my television when that news broke. A man who spoke what every young man and woman was feeling and thinking during the early 90s, was gone in the blink of an eye, just months after what is said to be one of the best MTV Unplugged shows to date. 8 years later I would teach myself how to play violin to the Nirvana Unplugged music book. That same year I would learn “Come As You Are” on guitar. 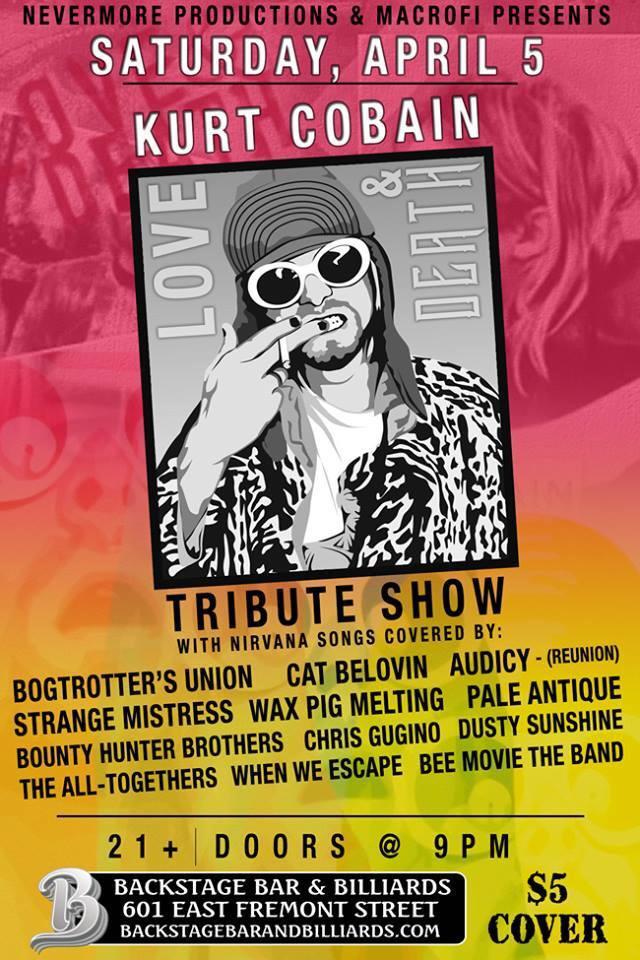 20 years after the passing of Kurt, a group of musicians were pulled together by Vegas promoter John Kielbauch, with the help of Nevermore Productions and Macrofi, to pay homage to the fallen frontman.

The show opened with Pale Antique’s Joshua Cohen. He knelt on the stage, wearing sunglasses, ripped jeans, and a red plaid jacket. On a loop, adding an eerie feeling to the air, the words: “Today, I will not kill myself.” echoed behind his even eerier voice, manipulated by a whammy pedal, as he sang the words of “Smells Like Teen Spirit”. I sipped my beer, completely enthralled by the moment that was being created before my eyes.  From there he was joined by other band members performing “Seasons in the Sun”, and what proved to be the most controversial song of the night, “Celebrity Skin” by Hole. When I heard the opening three chords, I felt my blood boil. Now, I am a Hole fan and all, but whether you believe Kurt killed himself or not, the fact is that Courtney Love has been looked at as a suspect in the death of Kurt. All I could think was, “How disrespectful can you fucking be to play HER music during a night dedicated to Kurt?” Then I really sat and thought about it, and it really fit the night. Before you too get upset, let me explain… Was playing Hole sacrilege? Yes. Was it disrespectful? Yes. BUT I think Kurt would’ve laughed about it. It took balls to do that. I was shocked and appalled, but when I thought about it, how much more fucking punk rock and rebellious can you get? 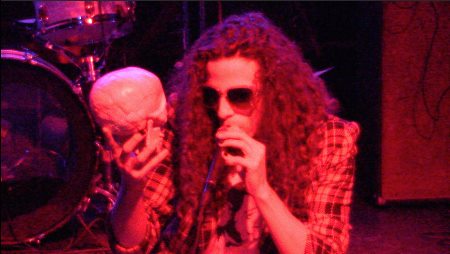 The night went on with Bounty Hunter Brothers, which was really the same lineup as before. They played the songs “Sappy”, “New Wave Polly”, and “Love Buzz”. Fronting “Love Buzz”, vocalist Anabel stole the show. She jumped into the crowd, beer in hand, voice like a punk rock goddess. Bounty Hunter Brothers bassist and vocalist William Davenport screeched “New Wave Polly” in typical punk rock fashion, until he literally screamed nothingness into the microphone, knocking the mic stand over and wiping the stage floor with his bass guitar.

Then came When We Escape, performing what was quite possibly the most beautiful, three-part harmony, rendition of the Nirvana cover of Leadbelly’s “Where Did You Sleep Last Night?” (also known as “In the Pines” and “Black Girl” I had ever heard. It truly captured the emotion of the traditional folk song in a way that I don’t think had been captured before. Watching these guys was a moving moment, and I did not want them to leave the stage.

Next up was Chris G./Bee Movie the Band. They didn’t look like the Nirvana type, really. They were a band that you’d probably expect a more Weezer-type sound out of if you judge a book by its cover, but keeping with the grungey, flannel theme of the night, they truly surprised me.  As they played their setlist, they threw in a song that took me by surprise and thrilled me. They did Nirvana’s cover of “Molly’s Lips” by The Vaselines, and it just as good, if not better than Nirvana’s.  I only wish I could have heard them more.  Chris G.’s guitar was turned down pretty low, and I had some trouble hearing it, but overall they blew me away. 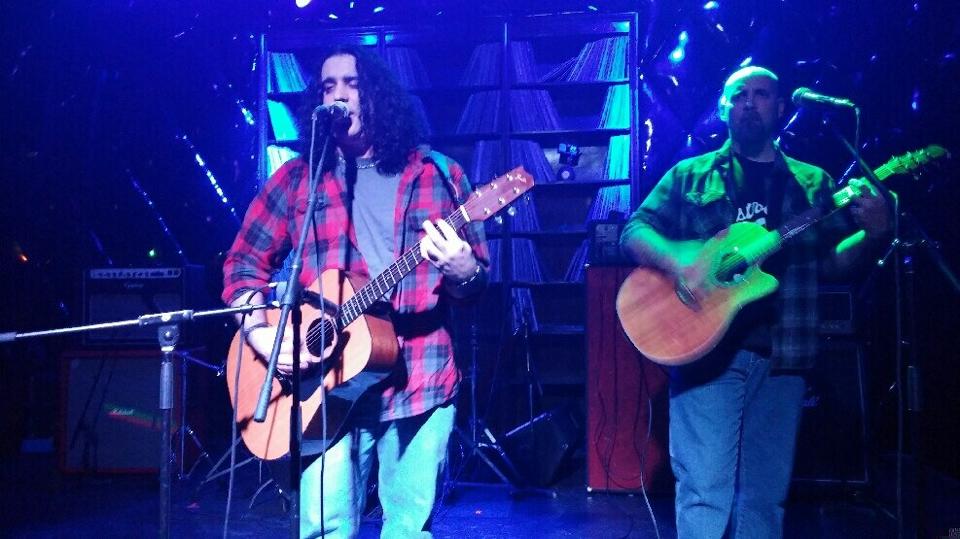 Following them was Wicked Garden, a local tribute to the 90’s.  Vocalist/guitarist Dominick and bassist Shawn performed duo, acoustic versions of “About A Girl” and “All Apologies”, two songs that became familiar in an acoustic setting thanks to MTV’s Unplugged. However, it was their acoustic rendition of “You Know You’re Right” that really tickled my ears. It softened the song while still holding on to the angst that is screamed in the word “pain” throughout the chorus, and I was glad that it was done such justice.

Strange Mistress hit the stage just before midnight. My beer was empty, and I was starting to tire out, but was jolted back to life by Brett Bandriwsky on vocals, Kevin Kilfeather on guitar, A.J. Gerst on bass, and Jules Pedregon on drums. Bandriwsky embodied Cobain with his mind-blowing renditions of “Lake of Fire”, “Aneurysm”, “School”, and “Stay Away”.  He even resembled Cobain, long hair falling into his face, making him unrecognizable. It was truly a sight to behold. 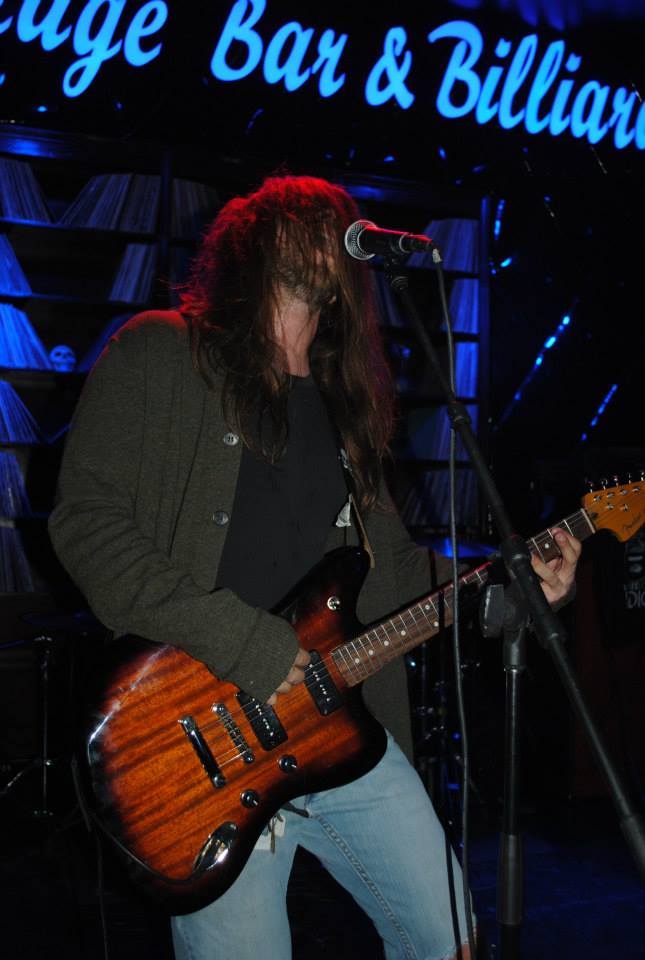 The epicness did not stop as Mercy Music followed.  Vocalist Brendan Sholz took the stage by storm as they retouched “Smells Like Teen Spirit”. This time, it was played as we all know and recognize it, doused in piss and vinegar punk rock and set on fire. Ending their set, Mercy Music tore the stage apart, and I thought for a split second that Sholz would actually jump into the drum kit. Luckily that didn’t happen. 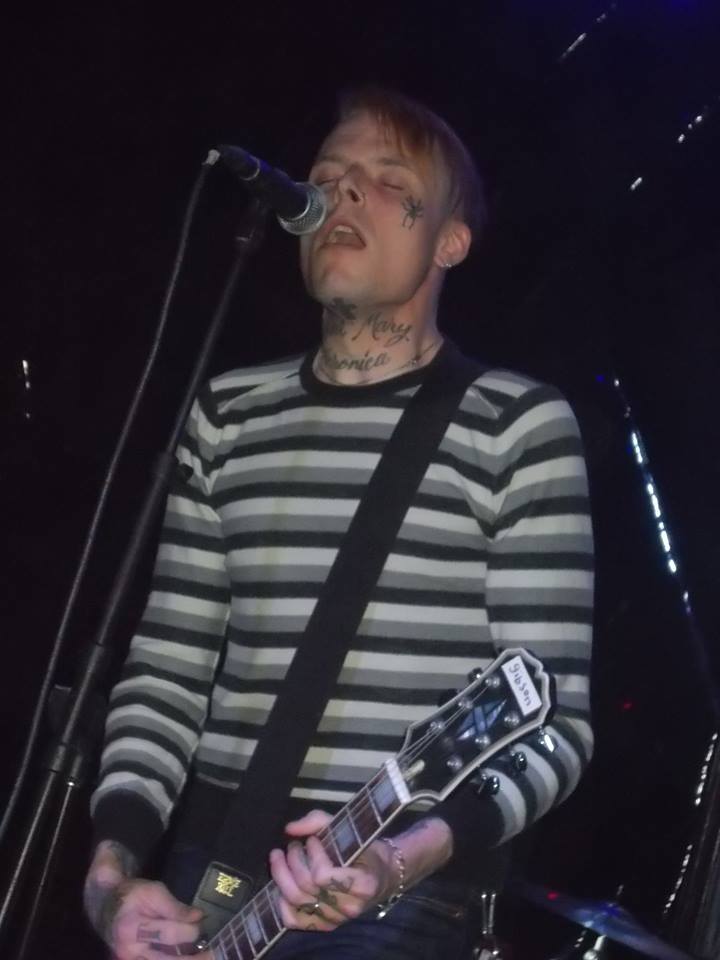 Wax Pig Melting kept up the momentum and did not disappoint. They hit the ground running with their spot-on versions of “Scentless Apprentice” and “Territorial Pissings”. Vocalist Brian Gibson kept up with the voices of the vocalists before him as he screamed through the lines of each song. 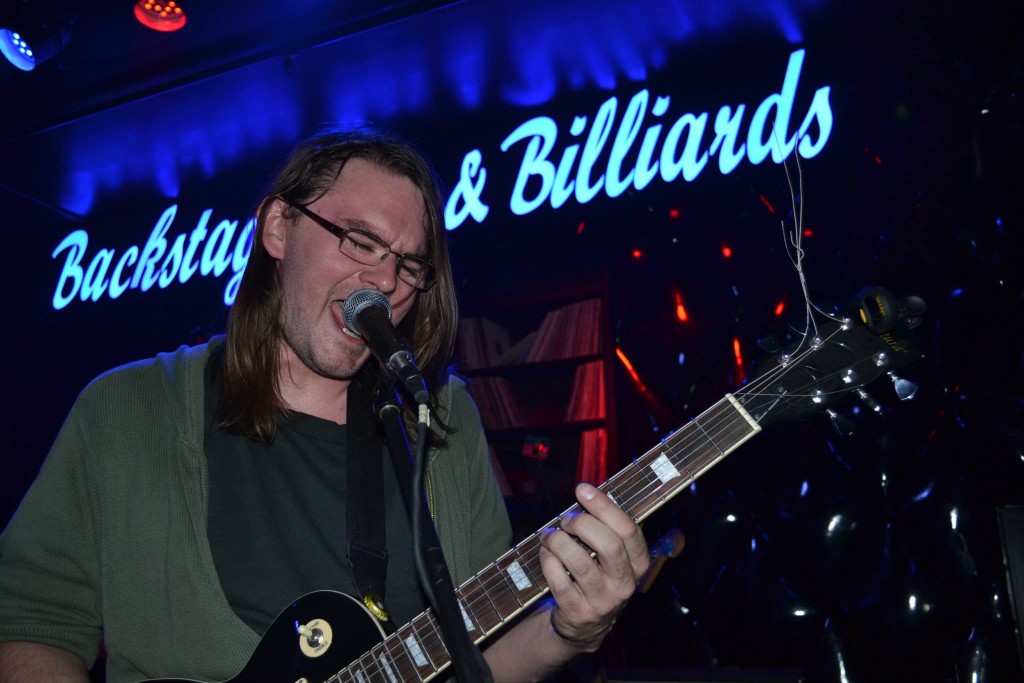 The night calmed down as solo act Jesse Pino hit the stage with his acoustic guitar.  He took the venue back to a magical area of the Nirvana catalog with his beautifully performed version of “Something in the Way” The crowd took to his gentle sound, requesting an encore.

The last band to take the stage was Audicy with guest Jon Mills of The Roxy Gunn Project. They were also joined on stage by a few members of the crowd during “In Bloom”, who grabbed the microphone from vocalist Eric Rainey. They powered through the obscure “I Hate Myself and I Wanna Die”, and ended the evening with “Rape Me”, chosen by drummer Lee Solomon.

The show overall was an overall success, bringing together people who were older in age during the death of Cobain, as well as those of us who were little kids. Whether you love Nirvana or hate Nirvana, love Kurt Cobain as a musician or think he was nothing more than a depressed junkie, you can’t deny the absolute success and influence that Nirvana had not only on the generation of the early 90’s, but the generations to follow, and even those still to come. I’d like to think that if Kurt were still here he would’ve thought the show was pretty cool. Then again, he could have thought it was a complete joke too… Regardless, it happened. Tribute was paid to a man who we will never forget. A man who made his mark on music. A man who made his mark on the world. A man who has finally been inducted into the Rock n’ Roll Hall of Fame. A man who, had it not been for him, brought together a group of bands to celebrate the music that probably got them picking up their instruments.  A man who I will forever be grateful to. Rest in peace, Kurt.