The Used and Taking Back Sunday Rock Extreme Thing

I stood in the packed crowd of Desert Breeze Skate Park at the Extreme Thing festival, taking in the smell of cigarettes, sweat, and beer from the folks surrounding me. Excitement filled my heart and butterflies flapped in my stomach as I waited for a band that I had known and loved for a decade, but had never seen.  It didn't matter what I did, if I bought tickets or not, something would happen where I couldn't see them. A tire would blow. I'd get called into work. I stood there, coming to terms with the fact that I would finally see The Used.

Suddenly, the crowd roared with excitement as vocalist Bert McCracken stepped onto the stage. The sight of him made me smile, even though he was not the greasy, bearded Bert that I remembered as a teenager. The stage behind him was littered with old television sets, illuminating with the beat of the drums. The sound of a gun cocking lead into the first song of their set, "Take It Away". I found myself dancing along to the music, screaming the words along with Bert, hands outstretched. 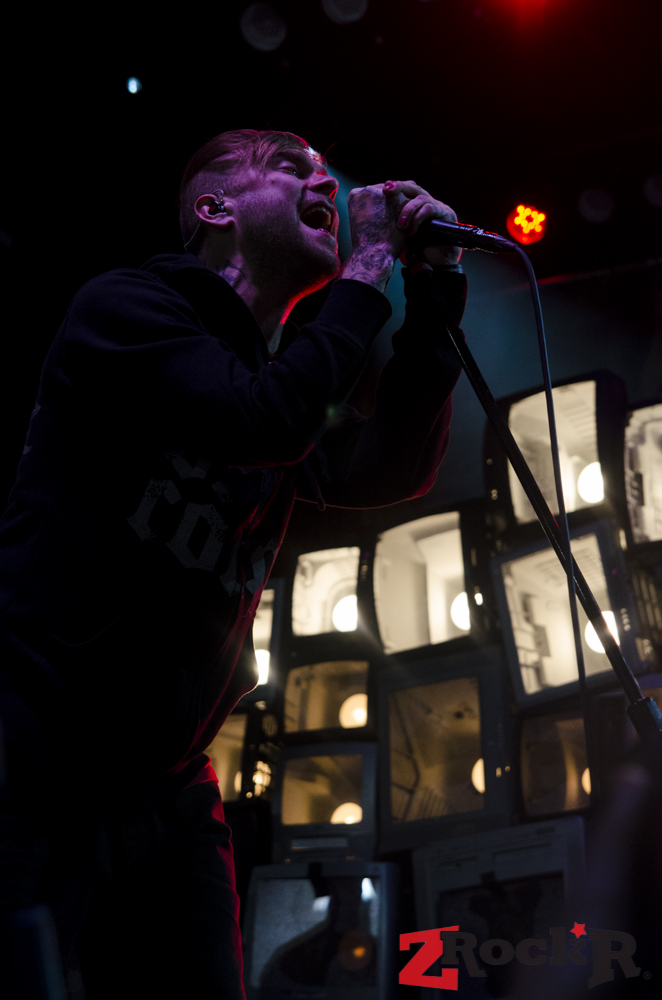 The feeling of excitement did not stop as The Used continued with a set that pleasantly surprised me. I figured that having just released a new album, they would play nothing but their new stuff, but they didn't! The teenage girl in me who had listened to their music to get through the ups and downs of high school got to sing along with the songs she remembered.

Bert hit every note with precision, proving that real musicians still exist without auto-tune and editing. The crowd went absolutely wild with him, keeping on point through "I Caught Fire" and "All That I've Got" off of their 2004 album In Love and Death.  A decade later, and every lyric still hit a chord.  They continued into "The Taste of Ink" and 2007 Lies for the Liars' "The Bird and the Worm".

As the sun continued to set in the mountains just west of the park, Bert calmed the crowd to a hush of whispers. The opening chords for "On My Own" rang over the crowd. I put my arms around my friends as we sang along with the crowd, our hearts full, our voices loud, and our eyes misty with tears. It was in that moment that all of the heartache that took place from every time I had to give my tickets away, became worth it.

I didn't want the set to end as Bert started his goodbyes, taking a moment to actually remember Kurt Cobain as the 20th anniversary of his death approached. Following his goodbye, the final song of their set hit me like a ton of bricks. I jumped up and down as they tore into "A Box Full of Sharp Objects" off of their self-titled 2002 album. I did everything I could to sing along and keep up with the energy without wearing out my body and voice. Afterall, following The Used was a band that never let me down live...

Taking Back Sunday hit the stage about 20 minutes later, and like their colleagues before them, they played all of the tracks that were known and loved. I don't think one track was played that was new, but I was enjoying singing along to tracks like "You're So Last Summer" and "You Know How I Do", in the same park I had seen them 10 years earlier for the first time on the Van's Warped Tour 2004.

In a comedic break between songs, vocalist Adam Lazzara pointed at the screens, projecting the band to the audience in the back. "Holy shit! We're on TV!" he exclaimed. As the Vegas wind brushed through his hair, he shook his hips a little, admiring himself. "My hair looks great. I look like fuckin' Bon Jovi." The crowd laughed along with him before they broke into the next track. 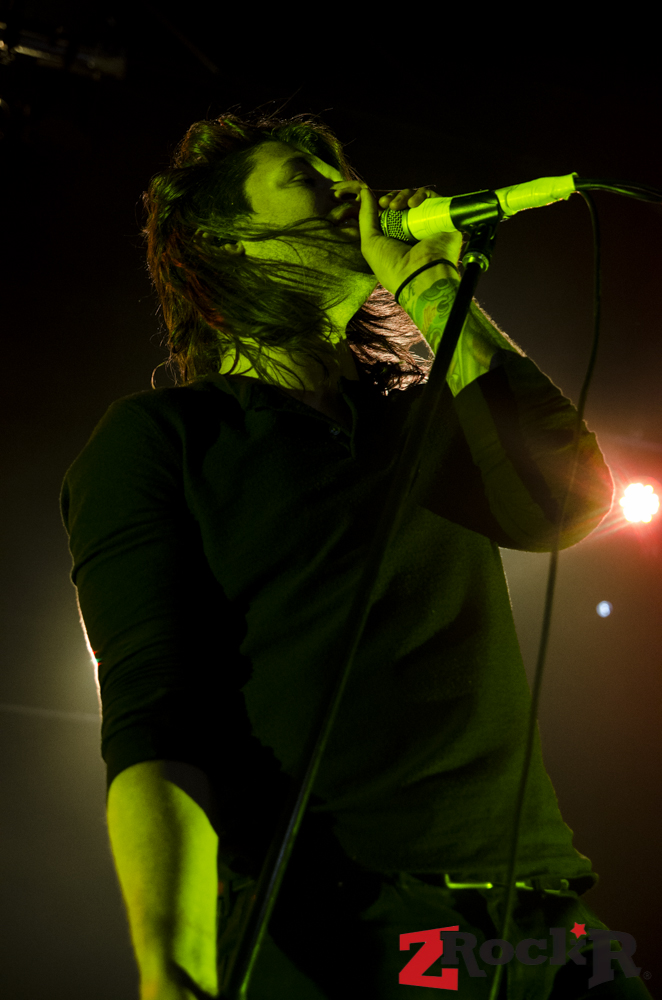 I stood to the side of the crowd, observing safely as the pit opened up. If you think I'm a pussy for this, let me tell you what... I learned my lesson in 2006 during their tour in support of their album Louder Now. I got knocked in the face hard and ended up having to watch the rest of the show from the bathroom while my nose gushed with blood. It added to the excitement of seeing them, but not to a level I wanted repeated.

They continued with Where You Want to Be's "A Decade Under the Influence", throwing the crowd into an even further pit frenzy.  This continued as Taking Back Sunday went into their final two songs of the night. Lazzara's voice was drowned out by the sounds of the crowd as they sung along with Tell All Your Friends' single "Cute Without the E (Cut From the Team)" was played to the fans. The band quit playing during the breakdown, but the crowd continued with the words "Why can't I feel anything from anyone other than you?" Picking back up into it, they finished out the song, larger than life.

The frenzy was put to a halt as the band went into their final song of the night, but not before another comedic moment of Lazzara pointing at the screens again, "Look! We're still on TV! I like that angle, it makes me look thin!"  The opening chords for Louder Now's "Make Damn Sure" were strummed, and yet again, the sound was drowned out by the crowd singing along. Out of all of the times I have seen this band, I somehow manage to blow my voice. This trend stayed true as I joined the crowd in the final 3 minutes and 28 seconds of the song.

The band said their thank yous as the wind continued to pick up speed, saying goodnight to the Las Vegas crowd that would soon turn into what looked like a heard of cattle trudging through the park to their cars.

Neither band disappointed me that evening, but instead left me excited not only for their next albums and tours, but for whatever Extreme Thing 2015 holds. See you next year folks!

Ghost Blesses the City of Sin