Home›Movie Reviews›Dawn of the Planet of the Apes - This Film Doesn't Monkey Around!

Dawn of the Planet of the Apes - This Film Doesn't Monkey Around! 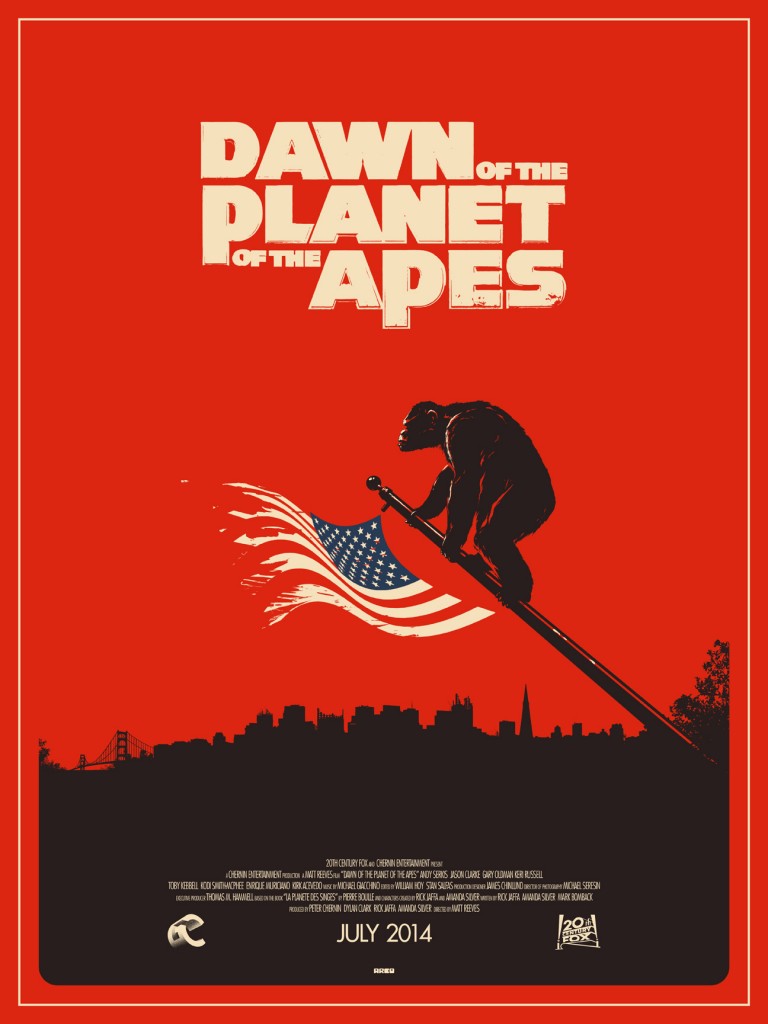 Dawn of the Planet of the Apes- in theaters now.

The Planet of the Apes franchise changed the world of science fiction and cinema forever. What was once thought of as a B-movie genre was forever changed when the first film in the series was released in 1968. The original series lasted for five movies total, and spawned countless pieces of merchandise, as well as a spin-off live action television series, and an animated series. Before Star Wars came along in the latter half of the 1970s, this was the “big thing” in science fiction. Thought provoking and more mature than many other science fiction productions of the time, many aspects of the films hold up well today, even if certain elements of the productions and storylines do feel a bit dated and campy.

Bringing the Planet of the Apes series back from the dead has not been an easy task. Tim Burton attempted a reboot in 2001, which was largely seen as a critical failure despite being a box office success. It was a decade before we would get another Apes film, but 2011’s Rise of the Planet of the Apes, the first movie in a rebooted franchise, was a hit with moviegoers and critics alike. Three years later, a sequel has arrived. How does the latest installment in the series fare?

Dawn of the Planet of the Apes picks up roughly a decade after the events of Rise of the Planet of the Apes. By now, the virus that was discovered in the previous film has wiped out the majority of mankind. Surviving humans have huddled together in a compound of what was once San Francisco, while the Apes from the previous film have retreated into a nearby forest and have developed their own society where they live in relative peace. A group of humans exploring the forest discover an old dam that could become a potential power source for human survivors. This group encounters the apes, and the two sides, despite the obstacles and initial conflict, work their way into a peace of sorts. But it is not long before mistrust and suspicion on both sides of the conflict lead to an inevitable battle.

Anyone who knows me knows I am a huge fan of the original 1968 Planet of the Apes film and the subsequent sequels. After Tim Burton’s lackluster attempt at a reboot (which I thought was a decent movie but felt like more of a reimagining than a proper movie that captured the feel of the original franchise), Rise of the Planet of the Apes definitely seemed like the rebirth of the franchise; a movie that could take the series places similar to the original franchise, but at the same time bring something new to the table. Rise had me geared up for a sequel, as I am sure it did many other viewers. They will be pleased to know that Dawn of the Planet of the Apes is a movie well worth their time. 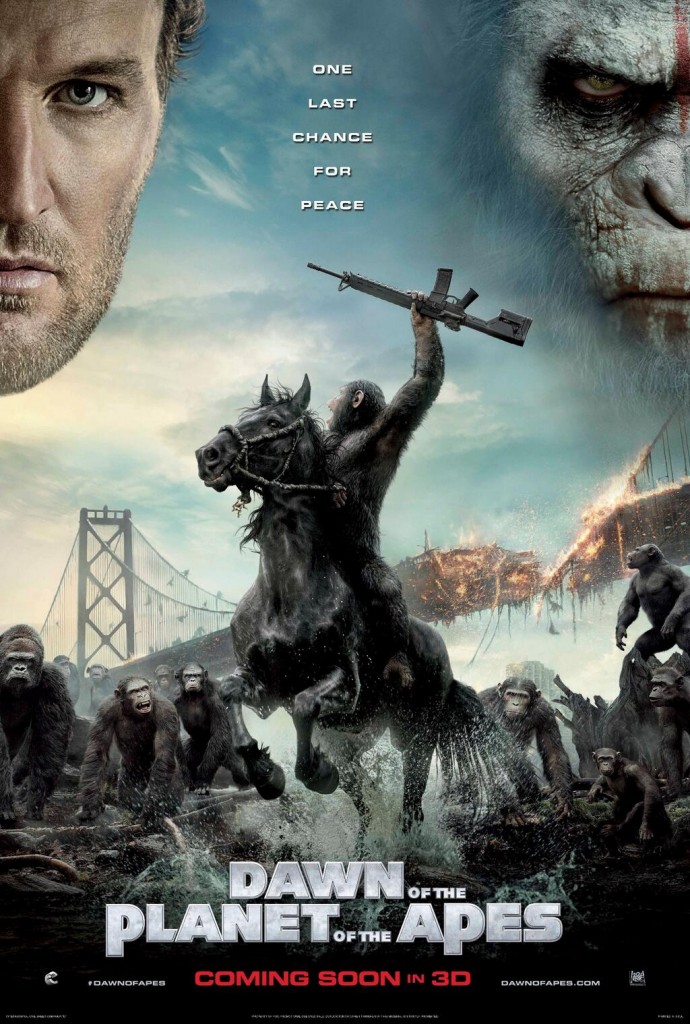 One of the major things that works in favor of Dawn of the Planet of the Apes is the fact that the first half of the film tends to focus more on dramatic elements and building characters on both sides of the conflict; the movie rightfully saves the action for later on. Since we get the time to get to know these characters, their struggles, and what they have been through and where they want to get to, things definitely pay off when the final act comes. The relationships between characters, positive and negative alike, all seem authentic; never forced or contrived. My hat goes off to director Matt Reeves; his resume mostly consists of writing and television directorial credits, but he demonstrates here beautifully that he can carry a feature film on his own.

The rest of the crew deserves equal credit. Much like the previous film, the apes in this movie are CGI, created through motion capture. Older Apes films used costumes that, admittedly, look laughably dated today. I hate to see a potentially good movie get bogged down in CGI hell, but the graphic designers here have created convincing apes that blend in seamlessly with their surroundings and human characters. There are many CGI ape characters, but the movie never loses its dramatic tone, nor does this ever detract from where the story goes.

If I have one complaint with an otherwise solid movie, it is that the final act has pacing issues and gets too tied up in the action. A good 20 minutes or so probably could have been trimmed to tighten the pace of things. The movie does not lose its dramatic depth here, but you may find it to be overkill on more than a few occasions. That said, the story elements all pay off in the long run, and the conclusion, once again open ended with future sequels in mind, more than satisfies. Perhaps most importantly, it left me wanting more.

Dawn of the Planet of the Apes is another solid entry in the reboot of one of science fiction’s most legendary franchises. Smart, dramatic, and suspenseful alike, the film never descends into mindless territory or loses the attention of the viewer. Aside from some minor pacing problems in the final act that make the movie drag on longer than it needs to, this is a worthy entry in the franchise that comes strongly recommended.