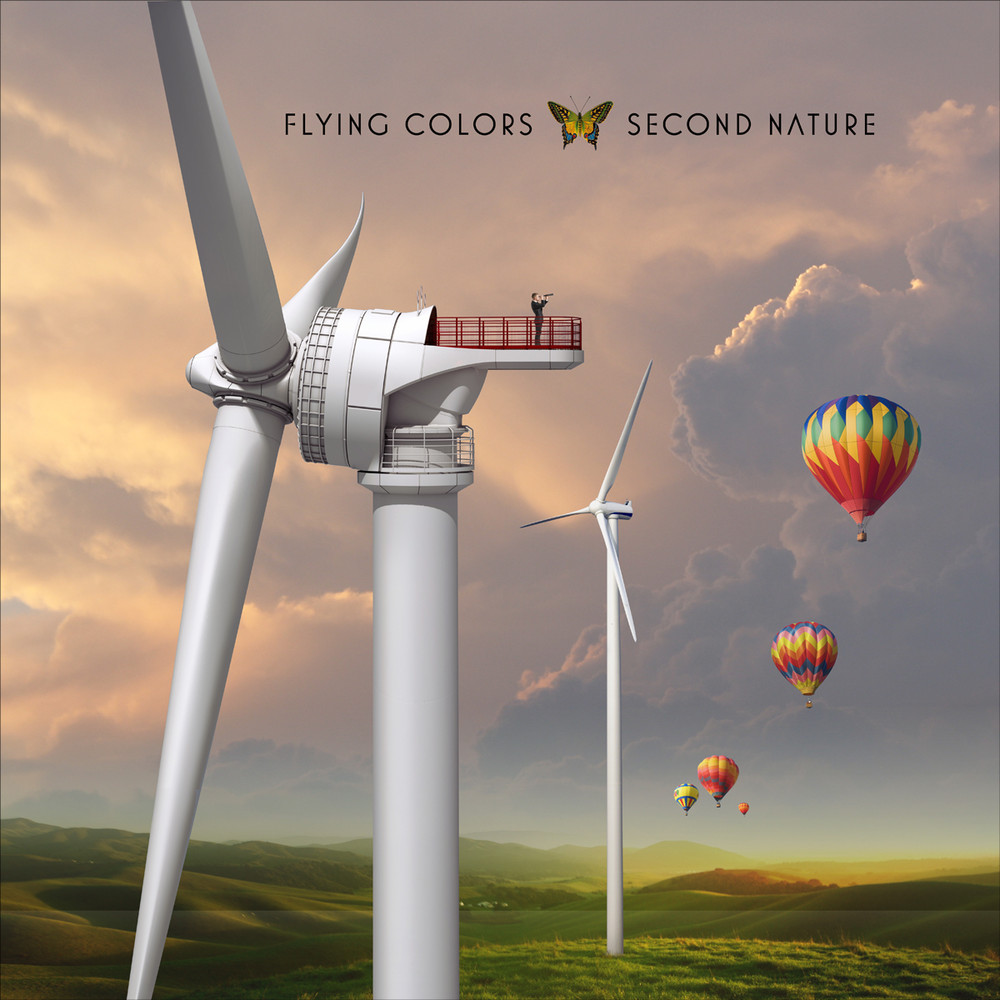 Progressive rock is filled with “super groups,” bands made up of people who were famous to differing degrees in other bands. Drummer Mike Portnoy has been in more than his share of them himself; i.e., Transatlantic (with members of Spock’s Beard, Marillion, and The Flower Kings), and most recently The Winery Dogs with Richie Kotzen and Billy Sheehan. Flying Colors is one of Portnoy’s latest side projects (I’m not sure why it is so often referred to as Portnoy’s project), and features Neal Morse (formerly of Spock’s Beard) on keyboards and vocals, Casey McPherson (Alpha Rev, formerly Endochine) on lead vocals, legendary guitarist Steve Morse (Dixie Dregs, Deep Purple), and Dave LaRue (Steve Morse Band, Dixie Dregs) on bass.

Their first album, 2012’s Flying Colors, was largely organized by an outside executive producer, Bill Evans, and noted producer Peter Collins (Rush) had a large part in the formation of the music. The idea was to have virtuoso musicians creating melodic pop/rock music, and it worked fabulously.

Their second studio album, Second Nature, ventures much more towards the members’ progressive rock roots, possibly due to being self-produced. The album was largely recorded in Portnoy and Neal Morse’s home studios, with writing often taking place long distance, via Skype sessions. Portnoy even completed backing vocals and percussion overdubs in his hotel room while on tour with The Winery Dogs.

Second Nature is bookended by two 12 minute epics, “Open Up Your Eyes” and “Cosmic Symphony.” The first single, “Mask Machine,” is reminiscent of Muse, but with a much heavier groove. (Portnoy really likes Muse, and they have been the inspiration for songs during his tenure in Dream Theater, as well.) “One Love Forever” has a really fun Celtic vibe. 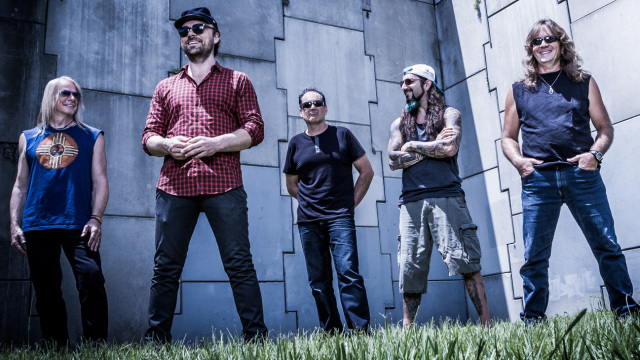 "Super Group" Flying Colors is back with their second release, Second Nature

I am a huge Steve Morse fan, but have not been really enthused about his projects where he has been the principle composer, at least not since High Tension Wires. With Flying Colors, however, he truly shines. His brilliant playing and grasp of melody suit this amazing music perfectly; it seems he is pushed on to even greater heights by his bandmates.

Neal Morse is noted in progressive rock circles for his strong songwriting, and his work on Second Nature is worthy of the praise. Casey McPherson is a talented writer as well, with a unique voice and skill at bringing melodies across. Dave LaRue is fantastic as always, and provides a rock solid foundation for the band. Portnoy’s drumming is much more restrained than his prog-metal history might lead you to expect, but he always serves the song in whichever genre he pursues. He also plays a big part in arrangements for most groups he’s a part of.

I earlier mentioned that Second Nature is much more “prog” than its predecessor, and originally I was torn by that notion; crazy awesome musicianship reigned in with pop sensibilities really appealed to me. Listening to the full album has put any such concerns to rest. Melodically it feels more inspired, the songs are even better, Steve Morse’s performances in particular feel a bit more loose and free than he has often allowed himself to be in the studio. (I also noticed this quality when he opened for Joe Satriani last year. He was absolutely on fire!) The long, complex songs don’t “feel” too long, and there doesn’t seem to be extraneous parts thrown in to make it more “proggy.” The songs are definitely the focus here.

Second Nature is an excellent album that will captivate any fans of great songwriting and outstanding musicianship. Highly recommended.

Lori's Guiding Star- Your Peek At What ...