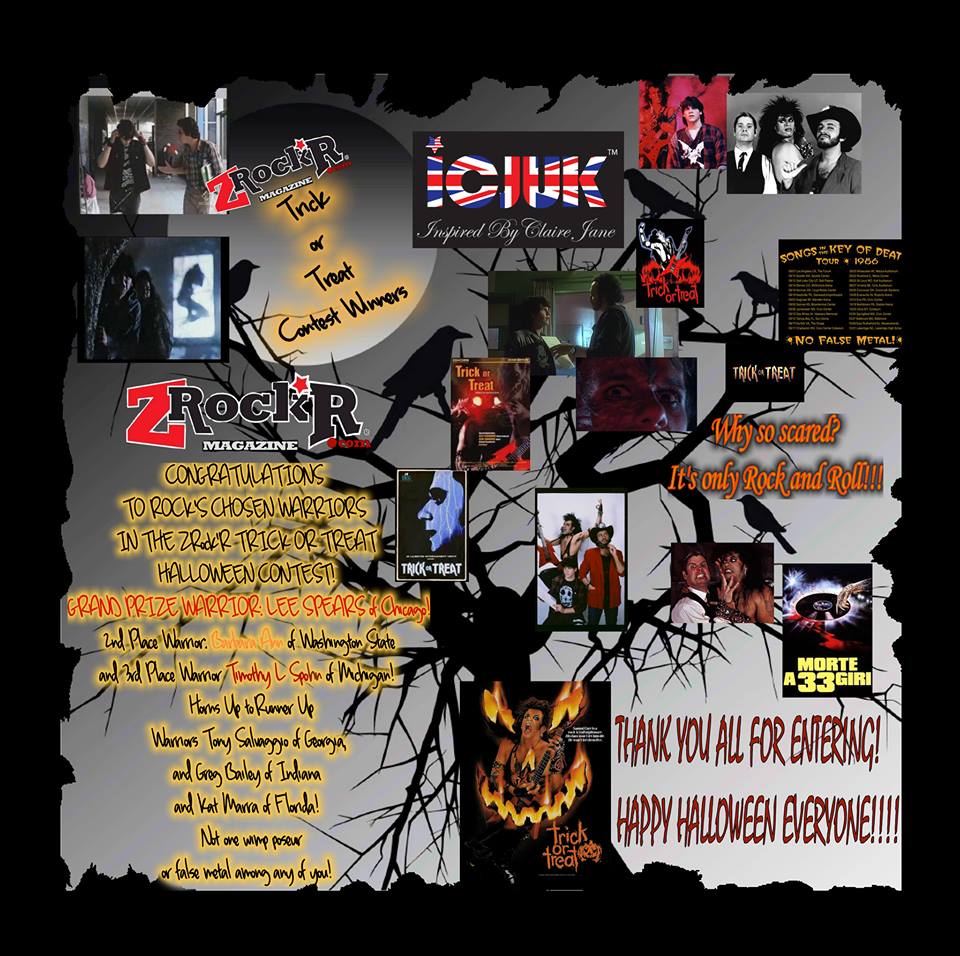 CONGRATULATIONS TO ALL THE WINNERS AND RUNNERS UP FROM ZROCK'R MAGAZINE AND ICJUK!

YOU STOOD UP TO BE COUNTED AND WE GOT YOU AFTER MIDNIGHT! !

Horns Up to Runner Up Warriors:
Tony Salvaggio of Georgia,
Greg Bailey of Indiana
Kat Marra of Florida!

Not one wimp poseur or false metal among any of you! Sammi would be proud! \m/

THANK YOU ALL FOR ENTERING!