Lethal Dose is the first album from Cyanide.

For the past several years, the musicians who comprise Cyanide have been rocking Vegas. Consisting of vocalist Robert Hussey, guitarist Marc Andrews, bassist David Karr, and drummer Ryan Gillan, this is a group that has won over many a listener with a sound that hearkens back to the glorious, sleaziest days of the Sunset Strip. In a city filled with bands that often serve up the same generic rock and metal covers day in day out, Cyanide has managed to stand out largely thanks to a mixture of covers and original material alike.

With a few lineup changes here and there, Cyanide recorded their album in 2014, though a number of delays pushed its release back to 2015. Prior to the band, Hussey and Andrews had played together in an Iron Maiden tribute band, but began writing their own original material as well, and Cyanide was born. Over the last year, the band has headlined a number of local shows, as well as opened for some national and international talent, including the Bulletboys at a show at Count’s Vamp’d in August of 2014. 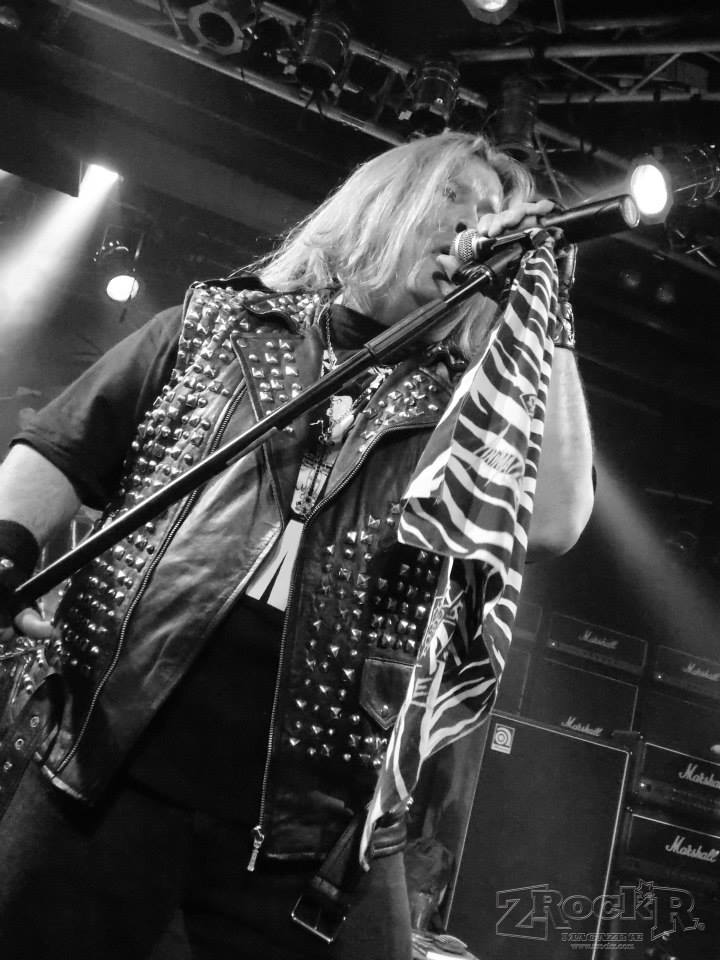 Despite the delays in the recording process, this has definitely been one of my most eagerly awaited rock albums of the past year or so. This rock and roll fan is always hesitant of hearing albums from local bands usually seen in a live setting – some bands just do not have the same kind of energy and charisma on an album that they do live and in person. It has been a long wait, but at last, the Cyanide album is in my hands. How does it measure up? And does it do the band justice?

One other thing that is worth mentioning is the transition the band has made from doing cover-centric shows to shows consisting mostly of original material. Writing material is no easy task, let alone material that is meant to pay tribute to a particular era of music, without copying it and/or the existing music/bands outright. Cyanide has won a number of people over out there largely due to this. 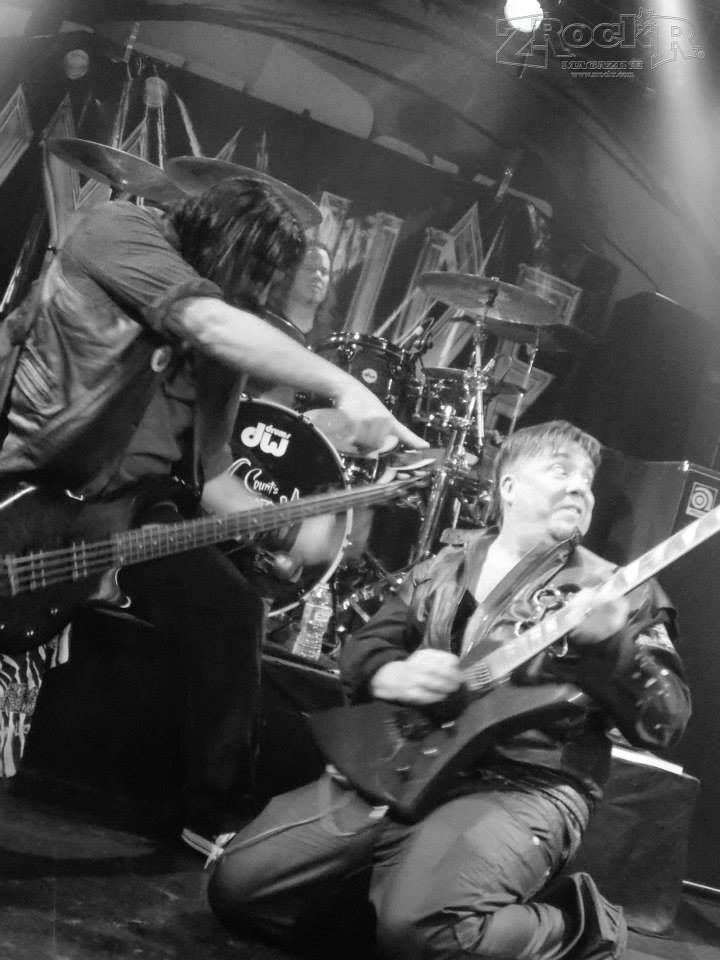 In a world of hit and miss music, with so-called supergroups that just copy modern bands and new groups that do not seem to have a clue what they are setting out to accomplish, Cyanide’s debut comes as a breath of fresh air. If you did not know better, you would swear this album was recorded back in the 80s amidst all of the biggest bands on the day. I recall Robert Hussey telling me that he wanted the album “to sound like Bob Rock produced it.” (Rock is the man who produced Motley Crue’s legendary Dr. Feelgood album, Metallica’s self-titled “black album”, and a number of other classics over the years.) If the band and the production team were going for something like that, it is pretty safe to say they have succeeded.

Okay, you know the production is solid and this album sounds like a true product of the 80s; a throwback in the best of ways. But how are the actual SONGS on the record? You will be relieved to know that these songs are damn good and fit the mood perfectly. As soon as the album kicks off, you are greeted with Bitches to Blame, which very well could have been an 80s rock anthem had it been released back in the day. The Motley Crue love gets a little blatant and obvious on the aptly-titled Nikki Sixx in disguise, but that just makes the song all the more amusing and enjoyable! Tracks like Groovin’ and It’s a Long Road slow things down but are no less enjoyable; the latter is a power ballad of sorts that is every bit the equal of the obligatory ballads we got on so many classic 80s rock albums. With eleven tracks, at first glance the album looks like it might be a bit much to absorb. But Hussey and company definitely deliver on their debut; there is no filler whatsoever to be had here. It is the first of record from the band, and this fan is hopeful that it is not also the last. 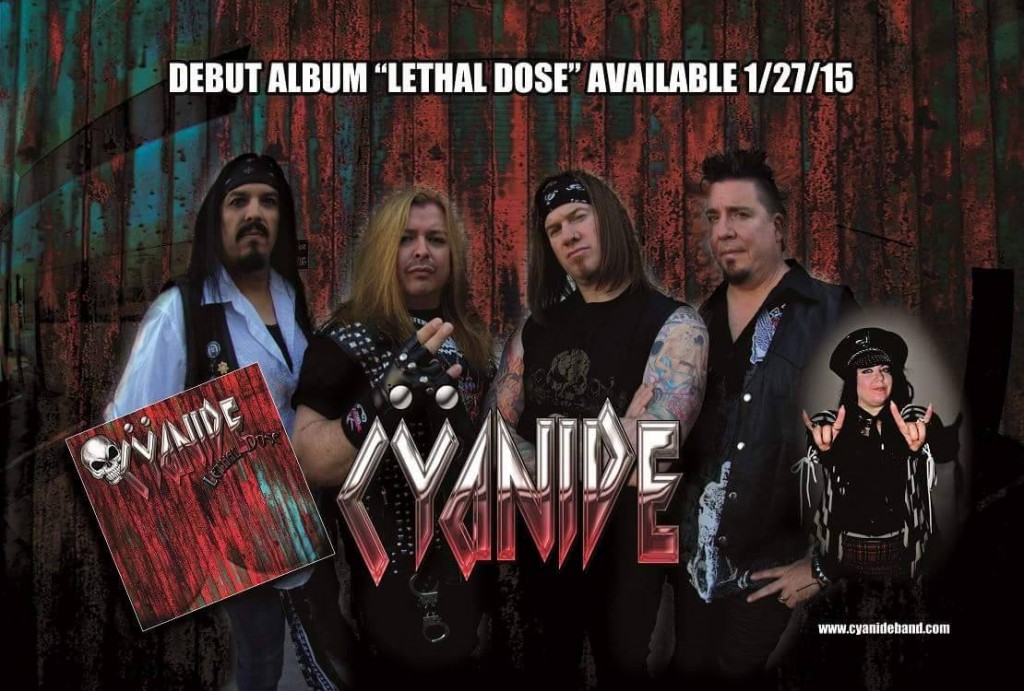 Anyone looking for a throwback to the sleazy sounds of the Sunset Strip, but wants a fresh take on this formula, should look no further than taking this Lethal Dose. Cyanide has released the perfect 80s throwback record, and it comes highly recommended to all old school fans of the Decade of Decadence!

Ace Frehley- The Spaceman Looks Back With ...