Home›Features›Taylor Carlson's The Best of 2014!›Queen 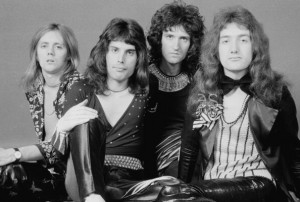