Home›Reviews›Curse of the Damned - The Full Length Debut from Night Demon!

Curse of the Damned - The Full Length Debut from Night Demon! 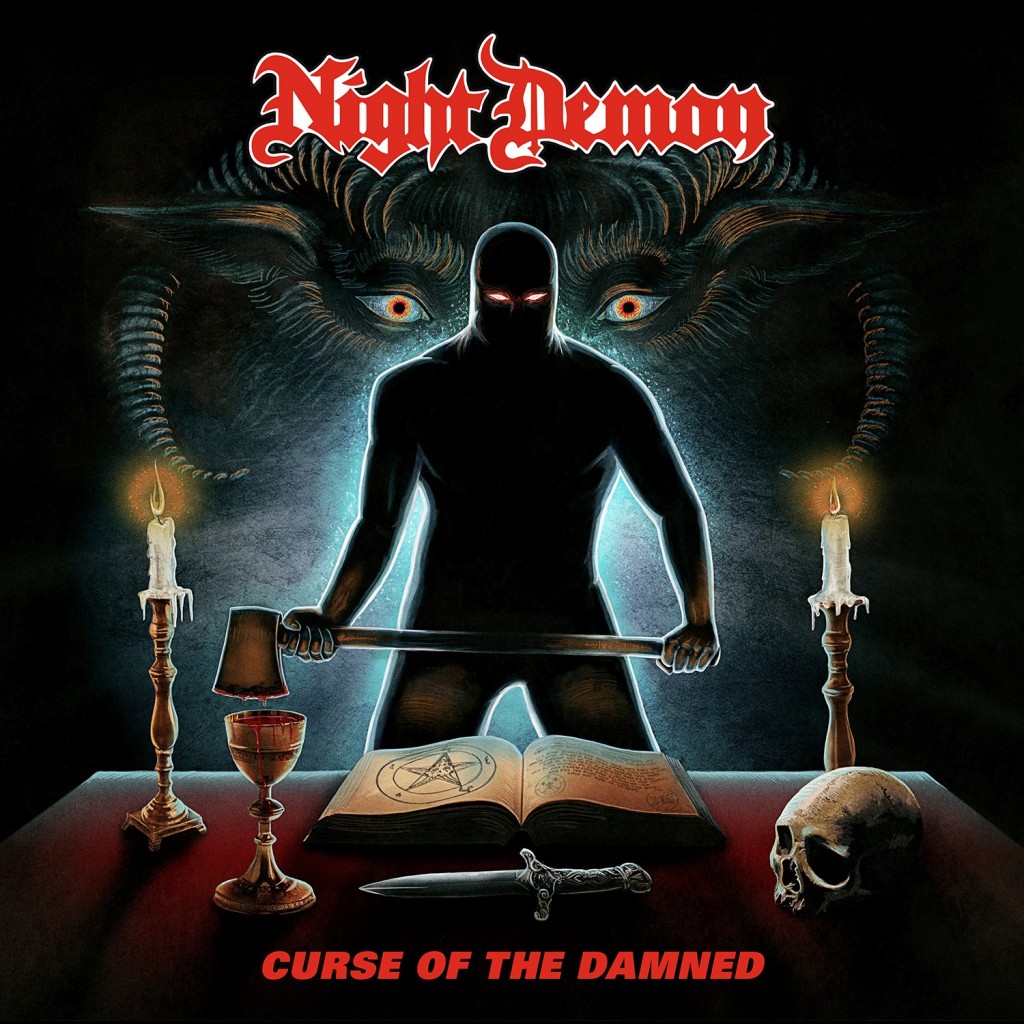 Curse of the Damned is the first full-length album from Night Demon, released on January 27, 2015.

I love the New Wave of British Heavy Metal (NWOBHM). Anyone who knows me knows this. And finding new bands that are trying to keep that sound alive is always refreshing. One of the most recent bands that has been pursuing this sound is Night Demon, a band that continues to make a name for themselves. They have done a better job keeping the NWOBHM sound of the past alive than many other bands… and they are not even a British band!

Night Demon started in 2011 out of Ventura, California. To date the group had released one EP, which was subsequently reissued with bonus tracks. I first discovered the band last year when they were the opener for a Dio Disciples show. This heavy metal fan was blown away in no time flat! Amongst circles of heavy metal fans, the group has remained respected during their relatively short tenure in the world of rock and roll. Curse of the Damned marks the first full-length release from the band. Does it fare as well as their debut EP?

You will be delighted to know that Night Demon is no mere flash in the pan, and that Curse of the Damned is a kick-ass addition to their arsenal of solid NWOBHM-flavored metal songs. Right from the get go, you are hit hard by fast, hard, and heavy rock and roll that never lets up, and that will remain in your mind long after you are done listening. There are 11 tracks here total, and each and every one brings something to the table. While this is an album packed with fast and heavy rock, the group is not afraid to slow things down occasionally and bring more melodic elements to the table here and there, proving themselves to be more than just a mere heavy metal band.

The production quality on this disc is right where it needs to be. It sounds raw throughout and captures the band’s ferocity and live energy beautifully, but it is also clear that the band has a budget and took the time to make the disc sound good, and not TOO raw or rough. It is the happy medium that does the band’s sound well, and fans are bound to agree there. If I have one minor complaint, it is that the band did not include the tracks from their debut EP as bonuses on this release; there was clearly room to do so on the disc, and said tracks are essential in their own right.

Night Demon finally has their full-length debut album out on the market, and hard rock and heavy metal fans need to add this one to their collection. True to the spirit of the NWOBHM, these metal icons to be are making their sound known all around the world and have a following that is growing every day. Absolute highest recommendations for Curse of the Damned!