I've lived by a saying for quite some time. There are three things you don't pull out in public; your politics, your religion, and your dick. I believe that if this could be achieved we would have less violence in this world and also less indecent exposure cases (see, everyone wins). Over the past seven years, Enter Shikari have released three full-length albums, and numerous E.P.'s, that are filled with songs that make you want to scream in your ex-girlfriend's face, forget about everything that woman ever did to you, and take the streets in protest against a corrupt government. They've also combined two of the most popular genres of the 21st century, metal and electronica, in a modern way that no one else can match. While that may sound like blasphemy to people who are solely fans of one of those genres, if you can appreciate the paired sounds, Enter Shikari is like ear porn. That being said, they have (in a way) publicly shown all three of my no-no's, yet I keep finding myself wanting more! 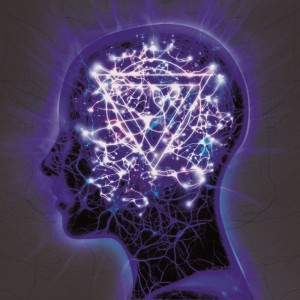 With their release of A Flash Flood of Colour in 2012, Enter Shikari changed the game of what can be done with this mix of music styles. Going from past, heavily trance influenced electronic sounds, to now incorporating this new dubstep sound that has consumed the world over the past few years. From front to back, A Flash Flood of Colour showed the world they can evolve not just musically, but through their lyrics, politically. The 'System.../Meltdown' opening gave one of the hardest album intros I've heard with instruments and synth together, and preached the non-importance of borders in our world, affirming that “countries are just lines, drawn in the sand with a stick”. 'Gandhi Mate, Gandhi' was like a wet-dream-speech that you wish would interrupt a Fox News broadcast and kickstart the revolution; ranting about the economy, the environment, and war; then capping it off with a scream of “We're sick of this shit!”, before going into an electronic breakdown that could take the place of every synthesizer riff in Mortal Kombat. This album hyped me up more than anything I had ever heard before. It is still steady in my daily playlist, and brought me out to see the band twice while they toured the album.

Throughout 2013 the band had released three new songs that would be apart of the Rat Race EP later in the year. Each song consistent with the bands style, and in my opinion, are three of the most well written songs they've done. While this was a good fix, fans knew that another album would not be coming any time soon. In October of 2014 the announcement came that the band would be releasing a new album in January of 2015 titled The Mindsweep. Not long after the album announcement came the release of it's singles, 'The Last Garrison' and 'Anaesthetist', then later in the year 'Never Let Go of the Microscope' and 'Slipshod', through internet streaming. From the pre-released tracks you could tell that again, the band would continue to push the line of politics and modern world issues while keeping their Electronicore sounds true. 'The Last Garrison' had actually caused data overages for me that month from playing it so much on YouTube. With its introduction screaming “Can you hear the war-cry!” then dropping into a breakdown, that I can only describe as sounding like the “Lost Smoke Monster” screaming on the electronics, it gets me on an entire different level every time I hear it. It set my mind up for how I thought the coming album would sound, but on release the album told a different, yet satisfying story.

Starting the album with 'The Appeal & the Mindsweep I' brings very soft tones with a static and electronic build-up to singer Rou Reynolds doing a poetic speech to the masses. His lyrics can incite riots, even when calm. When the drums kick in and guitar starts to build up, you can't help getting chills thinking what these words stand for... ending the solid statement with “Now grab life; seize time. This fight is for human kind.” While the intro isn't at all comparable with 'System.../Breakdown' from their last go-around, it gives me the same musical feeling from their first full-length Take to the Skies. Not going too over the top with electronics and keeping the same theme of revolution. That same soft tone/trance synth continues into the next track 'The One True Color' while they pick up the live instruments more. It still shows that Take to the Skies style with the entire band contributing vocals for back-up and main lyrics in between Rou's screams. 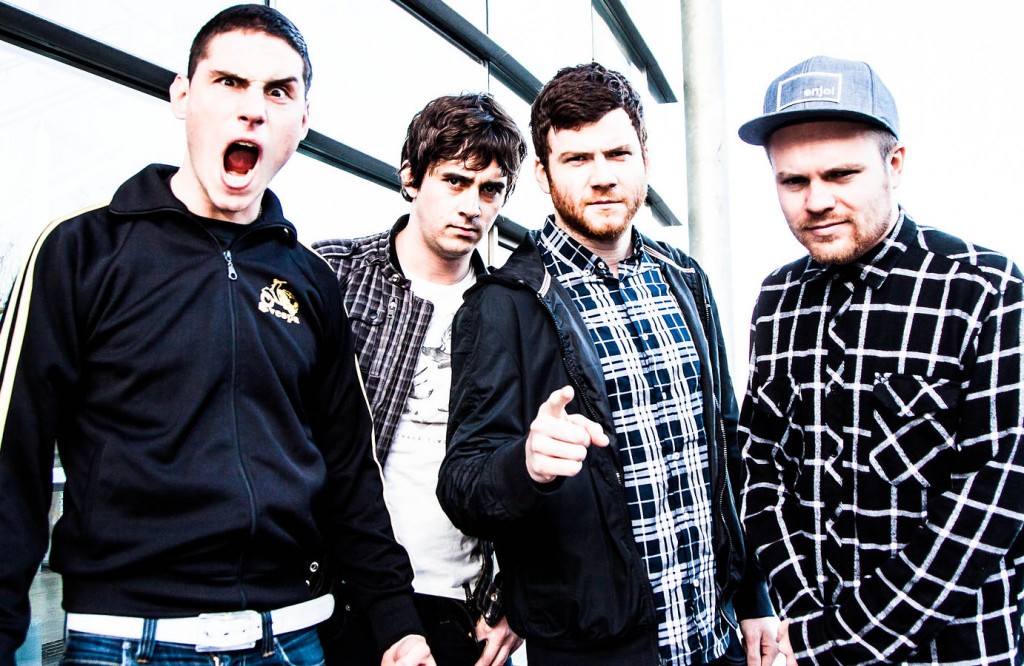 After this, the album takes a turn for the harder direction with heavier electronics and louder vocals, while Rou brings up current issues in the world. 'Anaesthetist' gets to some pokes at the healthcare system with statements like “Illness is not an indulgence which you should pay for, nor is it a crime for which you should be punished”. Then in 'Never Let Go of the Microscope' and 'Myopia' starts to point out the denial of science in our society. Through these tracks he gets into his hip-hop style that almost reminds me of a more educated Mike Shinoda from Linkin Park, but still keeps it going hard on the chorus's with screams. The album goes to slow down more through 'Torn Apart' and into 'The Bank of England', and your almost left wondering if that was the end of the distortion and screaming. Luckily it wasn't. They end up going into, what I think, is the best song on the album, 'There's a Price on Your Head'. The only way that I can describe this track, is imagine you had Serj Tankian singing for The Locust...! Got your attention? Good! Now go listen to this song right now! It's like the entire song stutters through both the instruments and the lyrics while they go through this expressive piece on class warfare.

It's offsetting, but after the hardest song on the album, came the softest in 'Dear Future Historians...'. It's like Rou is writing a letter to future generations, explaining that not all of us were able to do those great things that we may be stereotyped for in our time; that when maybe all the oceans are polluted, don't be envious, because not all of us swim with dolphins or go fishing, and our lives go on just fine (at least that's what I've taken from it). Next came the closing tracks which brought back the intro for a part two in 'The Appeal and Mindsweep II'. It is basically the same song as the intro with more synthesizer fills and added lyrics. Then the bonus track, 'Slipshod', and holy mother of all that is fucking anything! This track is priceless! With a Trap style beat going through the entire song, it starts with the scream of “Get me the manager!”, and goes through a very angry list of things that have gone wrong at this restaurant for someone. The beat is crazy-good and does a great drop and breakdown while Rou screams “Slipshod, kick it!”. I could actually see this played at a Trap show, and people would go crazy over it. Shit, I've listened to this track like nine times on repeat, and I still can't turn it off! 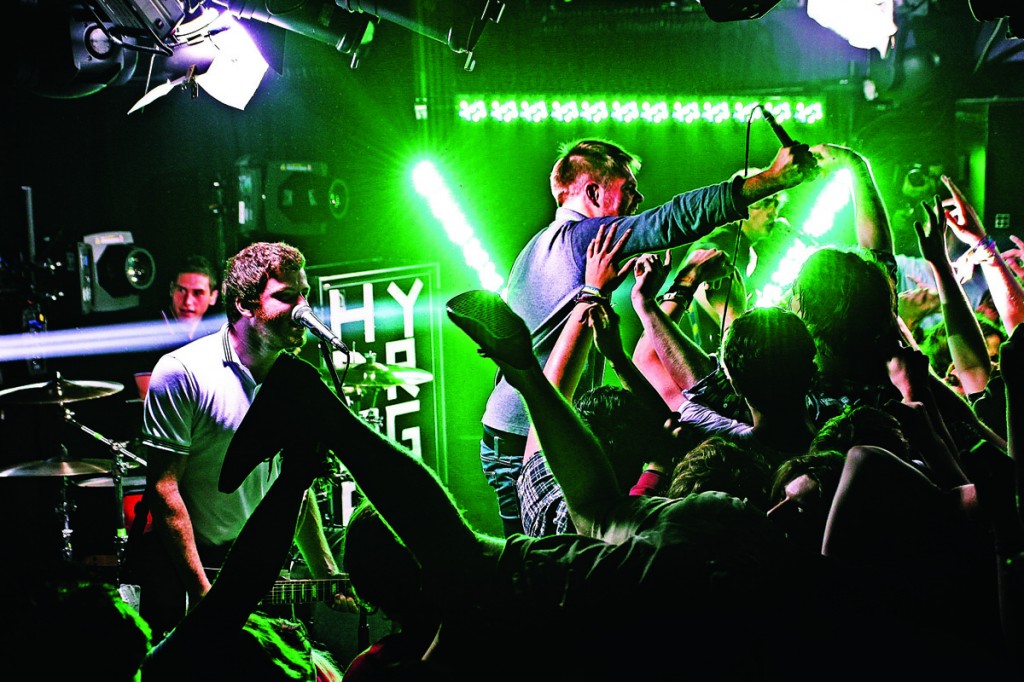 Collectively, The Mindsweep shows the evolution of Enter Shikari from front to back. You can hear bits of past albums, but the band has also given us something that still shows growth through both their instruments and lyrics. Our world has some obvious faults, and Enter Shikari does a very good job at pointing them out and making them more of a concern to their fans. If the world were a perfect place, maybe bands like this wouldn't have much material to write about. Or maybe that's the point. Call out the fucked up things in the world and provide the youth with something to scream about until a change is made. In a sense, it's music martyrdom. Sacrifice your art to make the world a better place, while leaving a legacy of historic songs that molded our future and changed our ideas of what is going on around our every day lives. But of course, we live in a crooked world that will have a new obstacle every day. So, I have no doubt that Enter Shikari will continue to push the envelope and provide fitting tracks for my “Songs for the Revolution” playlist.

Whitesnake - Classic Concerts from the Slide ...