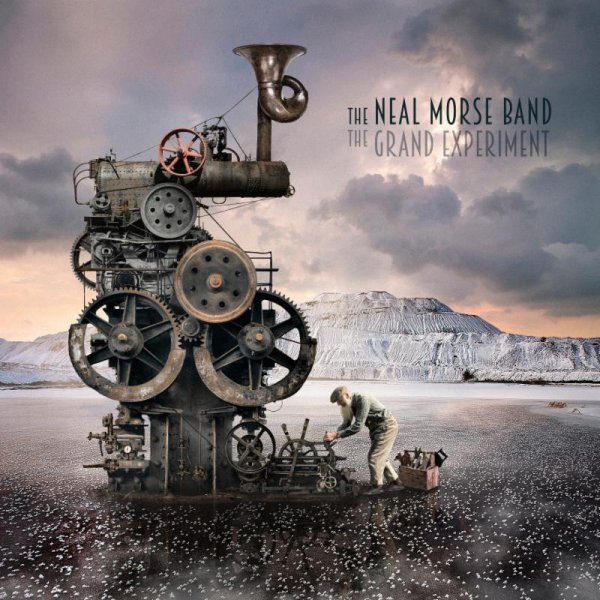 Multi-instrumentalist/vocalist Neal Morse was a founding member of progressive rock band Spock’s Beard, as well as the prog-rock supergroup Transatlantic, along with Mike Portnoy (The Winery Dogs), Pete Trevawas (Marillion), and Roine Stolt (The Flower Kings). Recently he has also been a part of another side-project, Flying Colors, featuring Steve Morse (Deep Purple, Dixie Dregs), Dave Larue (Steve Morse Band), Portnoy, and Casey McPherson (Alpha Rev). He left Spock’s after the release of their double concept album, Snow, to dedicate himself to music that explored his Christian faith. The result has been a string of epic prog rock albums, most of which have featured Portnoy on drums.

Morse’s MO has been to start recording sessions for his albums with a lot of material already composed and arranged, and the other musicians would contribute their parts. For his latest album, The Grand Experiment, Morse decided to enter the studio with a blank slate, and compose the album in collaboration with his bandmates, bassist Randy George, guitarist Eric Gillette, keyboardist Bill Hubauer, and, of course, Mike Portnoy on drums. All the songs on the album are attributed to The Neal Morse Band, rather than Morse himself.

This “experiment” has produced an absolutely outstanding album of modern progressive rock music. One of Morse’s strengths has always been to build prog music around actual songs, rather than adding a song to “widdly-widdly” instrumental passages and making it fit. This attribute continues to be in evidence here.

The album opens with a stellar a cappella vocal passage, then leads into the ten-minute “mini-epic” “The Call.” (Yeah, with most bands, a ten minute song is saying something. Not with Morse and company.) Next is a more straight-ahead rocker, the King’s X-vibed “The Grand Experiment.” (As straight ahead rocker-y as Morse gets, anyway.) “Waterfall” evokes thoughts of Crosby, Stills, and Nash, with its acoustic guitars and gorgeous vocal harmonies. “Agenda” is a quirky change of pace, incorporating a quasi-industrial loop along with the other instruments, and a captivating bridge melody that seems to come out of nowhere.

The Grand Experiment closes with the 26 minute long “actual epic” “Alive Again.” Another in a long line of outstanding extended works.

Guitarist Eric Gillette is particularly noteworthy in his contributions to the album. Gorgeously melodic playing side by side with stunning guitar fireworks are found in abundance throughout.

The special edition comes with a bonus CD featuring three songs recorded during the sessions but not included on the album, including an interesting take on “MacArthur Park,” originally recorded by actor Richard Harris, here arranged by Hubauer. Also included are live versions of two earlier Morse songs, recorded at last year’s Morse-Fest. Also included is a dvd of the making of The Grand Experiment, which is a cool glimpse into the band’s creative process. It’s interesting to see how integral Mike Portnoy is to the composition and arranging of the album.

The Grand Experiment is a thoroughly enjoyable album from front to back. In my opinion, it is far and away Neal Morse's best album yet. Highly recommended.