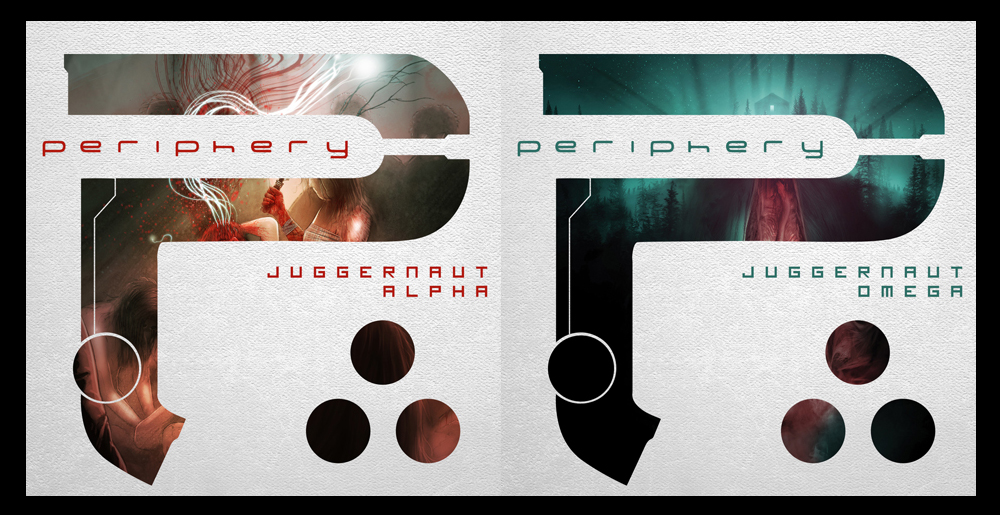 Periphery, originally the brainchild of Misha Manor, who has worked with Animals As Leaders, is at the forefront of modern progressive metal. Boasting a triple guitar attack that includes John Petrucci’s nephew (how’s that for some prog cred?), Periphery has just unleashed Juggernaut, which they released as two albums, Alpha and Omega.

Juggernaut is a concept album, however, the band, including vocalist/lyricist Spencer Sotelo, hasn’t revealed any details as to what the story is. Normally I hate that “we want the listener to figure out what it means to them” crap. However, with each previous album Periphery have gotten better and better, so I let it slide.

Periphery’s debut was largely Misha’s solo project, with musicians recruited to play as needed. After two intervening albums, Periphery II: This Time It’s Personal and Clear, Juggernaut marks the first time they have written in a truly collaborative process.

The two albums are filled front to back with amazing guitar playing. One of the great things about this band is that even their backing parts to vocal tunes are incredibly creative and melodic. (Their first album was also released as an instrumental version, and stands up well even with no vocals.) There is always something going on.

Juggernaut is truly a unified musical work. Many musical figures appear in different contexts throughout the course of the two albums.

Vocalist Spencer Sotelo is truly remarkable, from soaring melodies to intense extreme screams. Like the rest of the band and music, he just keeps getting better with each release. (It’s fairly well known that I have an aversion to extreme vocals, but Periphery is my exception to the rule.)

Juggernaut: Alpha and Juggernaut: Omega are a fantastic collection of modern prog metal, and I highly recommend them both.