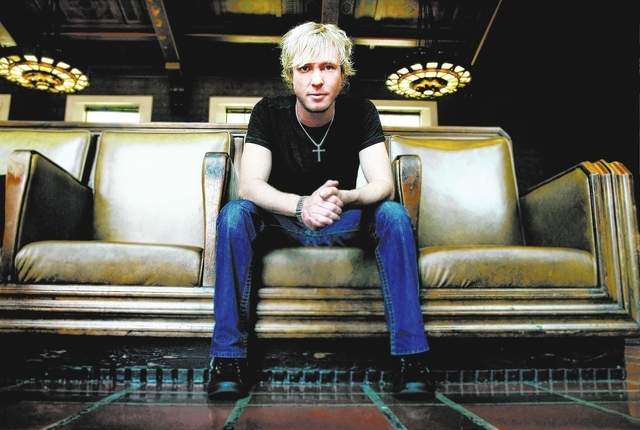 Kenny Wayne Shepherd first burst onto the national music scene in the mid 1990s with his debut album Ledbetter Heights at the age of 18. The follow-up, Trouble Is…, marked the beginning of a collaboration with vocalist Noah Hunt that has lasted off and on since then; it also yielded KWS’ biggest hit and signature song, “Blue on Black.”

The Orleans usually caters to older artists, from what I’ve seen on promotional materials. Kenny Wayne Shepherd is about six months younger than me, so I will count him as a younger artist. This is the first concert I’ve attended at the Showroom. It is a fairly intimate room, and there doesn't seem to be a bad seat in the venue. I was able to sit about ten rows from the stage on the right side, in the “cheap seats,” and had a great view the entire time. I am already planning to see another blues artist there, Robert Cray, at the end of the month.

Let’s talk about the Kenny Wayne Shepherd Band. KWS himself burning up his multiple Fender Stratocasters throughout the night, and Noah Hunt’s soulful and strong vocals were the focus throughout the show. Shepherd sang on a few songs, including a cover of Stevie Ray Vaughan’s “The House Is a Rockin’,” and carried it off fairly well, but Hunt is clearly the stronger singer. Oh yeah, on drums was Chris “Whipper” Layton. Didn’t he play with Stevie Ray Vaughan? Yes, he did; Layton was half of Double Trouble, SRV’s legendary rhythm section, and he showed why he is the go to drummer for modern blues music. He also gives off an exuberantly youthful vibe as he plays, only looking like his 59 years when the show was finished as the band bowed. And on bass was Tony Franklin, known for his work with The Firm (Jimmy Page and Paul Rodgers) and Blue Murder (Carmine Appice and John Sykes), holding down the bottom end with his fretless bass. As a friend remarked, “holy shit, what a band.” Yes indeed. 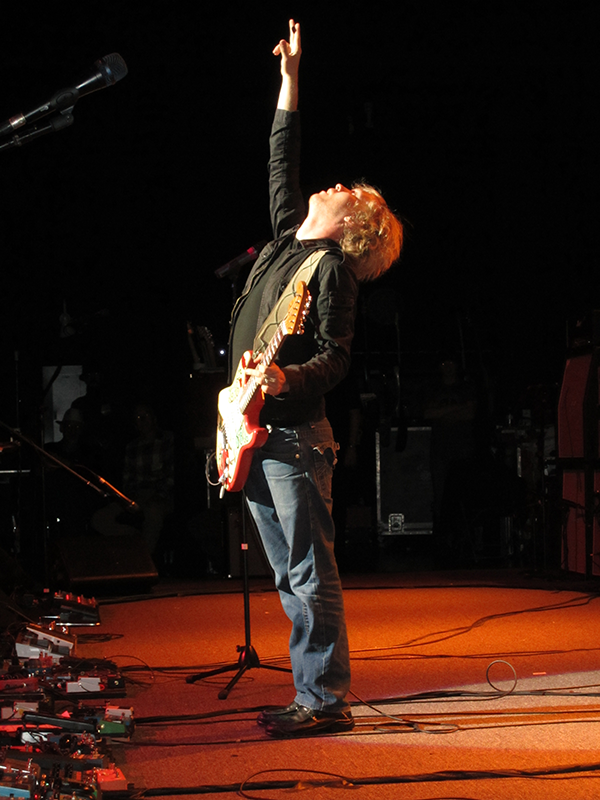 Kenny Wayne Shepherd live is an artist who is not to be missed!

The band sounded fantastic, and played extremely well together. KWS has ventured from blues to rock and back a few times in his career, and this seems to be a swing back toward the blues, likely owing to the support of his latest album, Goin’ Home, which features songs from many of his heroes. As a result, covers of the aforementioned “The House Is a Rockin’,” a duo of BB King songs from his classic Live at the Regal album, and closing the night with a blazing version of the Jimi Hendrix barnburner “Voodoo Child (Slight Return),” which also might have owed a debt to SRV’s near-definitive rendition, were scattered throughout the set.

A standout of the night was the song “Heat of the Sun,” from the band’s 2011 album How I Go. More of a rock ballad vibe than most of the evening’s selections, the song’s melody is captivating, and had me running to my iTunes to download it as soon as I was able.

There wasn’t a lot of jumping around on stage, as I might have been expecting from Franklin’s Blue Murder videos. What there was to be found, however, were some phenomenal musicians in an extremely tight band playing some excellent music. 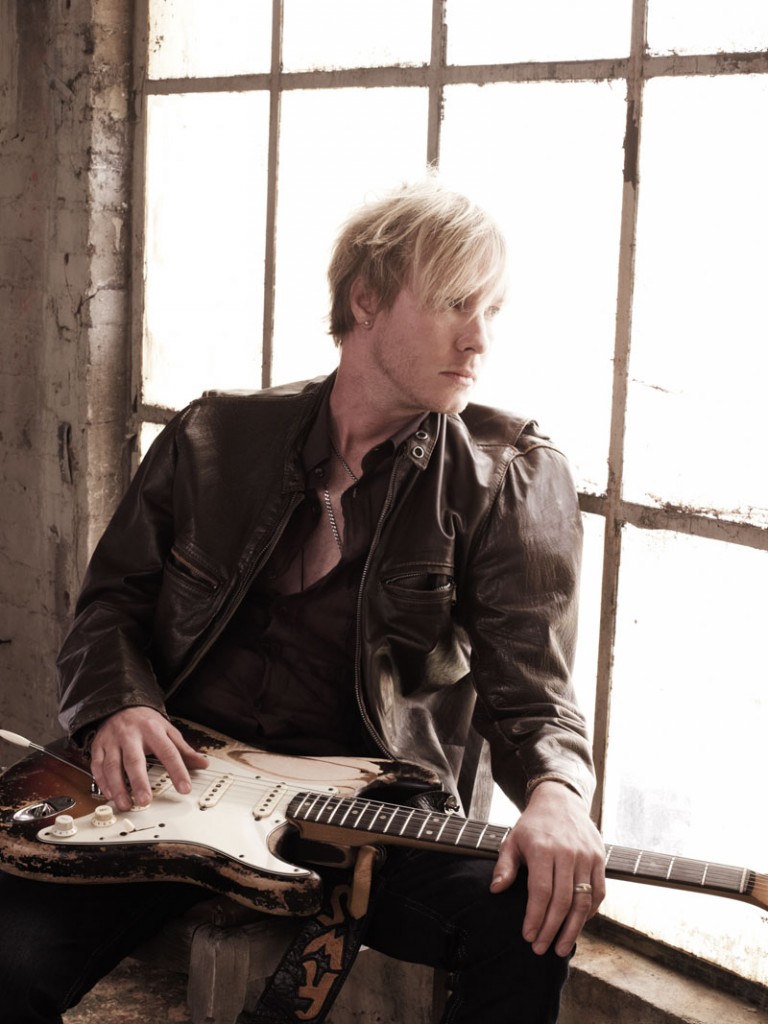 Kenny Wayne Shepherd is a fantastic guitarist in complete control of his instrument. Even the time he was playing some wild, blazing passages, he was clearly well within his abilities. I admit, as fan of the “on the edge” school of blues playing, this initially tempered my reaction to the concert, but I can’t argue with the truly enjoyable show I witnessed. Of course, the audience was treated to KWS’ big hit, “Blue on Black,” at the beginning of the three-song encore.

The House of Blues was In Flames, ...