Home›Reviews›War of Kings - The Tenth Album from Swedish Rockers Europe has Arrived at Long Last!

War of Kings - The Tenth Album from Swedish Rockers Europe has Arrived at Long Last! 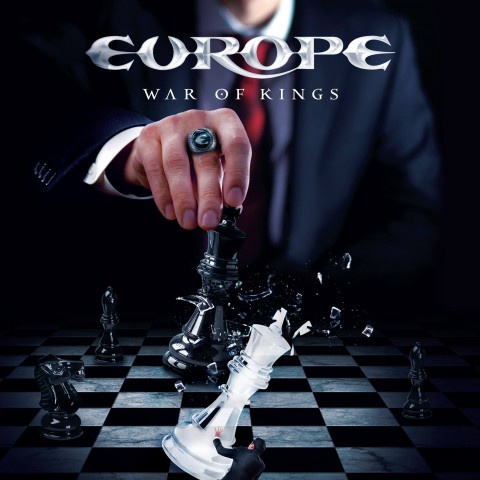 War of Kings is the tenth studio album from Europe, and the fifth since their reunion. It was released in early March of 2015.

Of all the bands to emerge from the 80s scene, Europe has had one of the most interesting and diverse careers. Starting out with a gloomy hard rock sound all their own early in the decade, it was taking a more commercial approach on their third album, 1986’s Final Countdown, and the associated title track, that made them a household name all the world round, with the song becoming a massive radio and MTV hit. The group never reached those commercial highs again and initially disbanded following the release of their fifth album, Prisoners in Paradise, in the early 90s. With a music industry that continued to heavily change, it seemed like this would be the end of Europe as we know it.

But no, the story does not end there! The band reunited in the mid 2000s and released a comeback album, Start from the Dark. And more releases have followed, being everything from more modern style music to classic rock throwbacks. With the release of War of Kings, a band we thought we had heard the last of over 20 years ago, has now released their TENTH studio album! Naturally, this is a band where the opinions tend to strongly vary when it comes to material from all phases of their career. But those who dig deeper than the band’s 80s commercial period find a great deal to like that never gets the proper credit.

Every time Europe puts out a new release, this fan is curious as to how it is going to sound. The group is one of the most diverse and interesting the rock world has ever seen, and this is a big part of what keeps them more relevant than a number of their peers, even if they are no longer of the mainstream popularity they enjoyed for a brief period of the 80s. War of Kings was easily one of my most eagerly awaited releases of 2015. Which direction does the always unpredictable Swedish rock band take on this, their latest studio album?

I do not know if Europe is desperately searching for a new sound to call their own that they can stick with, or if they actually enjoy experimenting musically with different rock genres. It does not matter in either even, because War of Kings is a kick-ass release that just might be the best thing the boys from Sweden have released since their classic 80s heyday!

Truth be told, it is hard to say if this album is going to have the longevity of the band’s earlier releases when it comes to spawning classic songs that a fan wants to revisit several years later; seeing how songs and an album “age” over time is an interesting process. But I have a feeling War of Kings is one that I will be coming back to more than the other “reunion” albums, if nothing else. Like their other reunion albums, this one brings back the classic “Final Countdown” lineup of Joey Temepst, John Norum, Mic Michaeli, Ian Haugland, and John Leven. This fan thoroughly enjoyed the previous Journey album, Bag of Bones, which felt like a throwback to 70s classic hard rock style music. The latest album still feels like a “throwback” of sorts, but is more keyboard driven, almost giving the record a sound reminiscent of Deep Purple’s 2013 album, Now What!?. And anyone who has read my reviews knows that album was my favorite release from Deep Purple since Perfect Strangers, so for Europe to reinvent themselves in this way of making music is a welcomed change that results in one of their strongest releases in years!

You would think after over 30 years, Europe is a band that would be showing signs of aging or calling it quits. On the contrary, they prove quite the opposite here. Joey Tempest has always been one of the most underrated vocalists out there, and demonstrates his prowess on nearly every track here. And while guitarist John Norum still delivers and does what he does best, the real standout member of the band on this release is keyboardist Mic Michaeli; whose Deep Purple-esque playing gives this new release a distinctive enough sound from the band’s days of old. This album is NOT going to be mistaken for Final Countdown era Europe by any stretch of the imagination, but I am glad to see the band moving forward and trying new things. At its best, this is Sweden’s finest on fire and unstoppable. Even the “average” tracks on this release still have a lot to love about them.

Europe still rocks, and they easily prove it on War of Kings. Granted, not every long time fan of the group is going to love what the band has done here, but overall, the hits outweigh the misses by far. It is great to see this Swedish band going strong 30 years on, and War of Kings comes strongly recommended!