Home›Reviews›Rocking the Railhead on Friday the 13th! Uriah Heep Makes Their Triumphant Return to a Las Vegas Stage

Rocking the Railhead on Friday the 13th! Uriah Heep Makes Their Triumphant Return to a Las Vegas Stage

It has been nearly half a century since Uriah Heep began making music. And in all that time, the band has remained active, touring the world and releasing albums. The band’s fusion of blues, progressive rock, hard rock, and heavy metal gave them one of the most original and unique sounds in all of rock and roll, something that remains true to this day. In fact, the band just released their 24th studio album last year. With numerous lineup changes over the years, guitarist Mick Box remains the one original member still in the group. But, this has not stopped the band from uniting an impressive array of musicians, including former Grand Prix members Phil Lanzon and Bernie Shaw. Tragically, longtime bassist Trevor Bolder lost his battle with cancer in 2013.

In the wake of both new studio albums and live releases, Uriah Heep has embarked upon another tour, including some American dates. This is a group that has a massive worldwide following, and with good reason. When the band made an announcement they would be coming to Vegas on the 2015 tour, this Heep fan knew he had to be there, to experience the band where they do their best work – on a live stage. 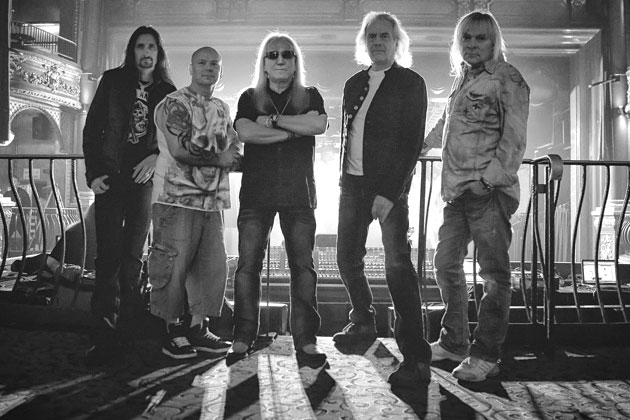 Uriah Heep is one of those bands with a huge history and discography, so this fan was wondering what kind of a setlist the show would consist of. Would this be a show of the band’s biggest hits to appease the fans? Mostly selections from their newest record? Deep cuts from vintage releases? Those fans who chose to attend the band’s show at the Railhead actually got all of the above.

What Kind of God

Can't Take That Away

It was stated during this show that it was sold out. Uriah Heep definitely packed the Railhead, proving that this is a band that has stood the test of time and then some. Of course there are still people out there complaining about how the group is “only one original member.” Say what you will, but anyone who thinks like that and did not attend this event deprived themselves of one of the finest rock shows of 2015 so far. Mick Box is still a phenomenal guitar player, and the current incarnation of the group features some of the best players that have ever been in the band. Keyboardist Phil Lanzon definitely has a commanding presence with his playing; it is largely the keyboard/organ driven songs that give Heep a sound of their own, and Lanzon is solid in keeping this tradition alive. Likewise, vocalist Bernie Shaw has proven himself a more than capable frontman, bringing his own thing to the table, but certainly doing justice to the classics as well. In fact, Shaw has now been in the band longer than all of their previous vocalists combined! You can tell these guys enjoy what they do on a live stage, and the audience reactions were certainly nothing less. 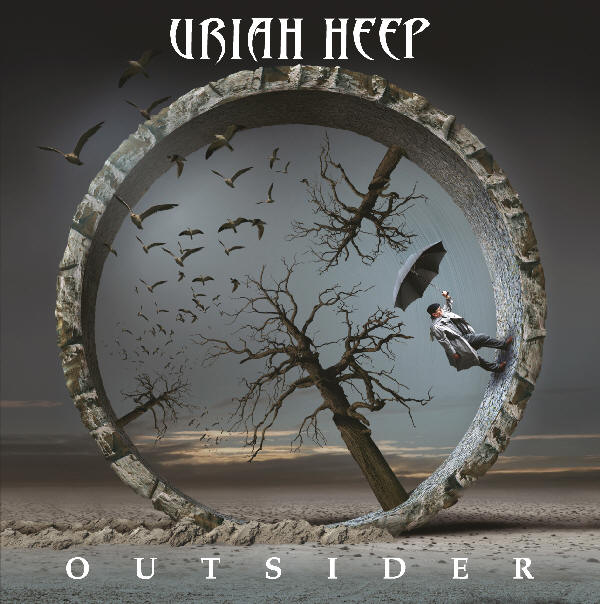 Outsider is the 24th studio album from the band, released June 2014.

This fan was very impressed with the setlist the band delivered to the fans at this show. Nearly half of the setlist was comprised of newer songs, but Uriah Heep is that rare band that has a sound that does not stray too far from the days of old, so these songs more or less seamlessly flow together with the classic hits and deep cuts alike. The new cuts were far more impressive than this fan would have expected, and on top of that, we even got the band digging into the vault and pulling out material you would not expect them to perform live in this day and age – how about a full version of the title cut from the Magician’s Birthday, for example? Or the Hanging Tree, one of the finest underrated compositions from the oft forgotten Firefly LP?

With the interludes between songs, the band made it clear they are proud of the fact that they are not only a band that is proud to play their new material for the fans, but also that they were one of the bands really going against the grain back in the day, making ten-minute-plus musical epics with no regard for what kinds of short length pop hits were being played on the radio at the time. You have to admire this about the band, and that they stay true to that same mantra to this day.

Of course, a number of the “more popular” songs were inserted in this setlist, further appeasing fans, including Stealin’ from the Sweet Freedom record, and a double encore featuring Gypsy and Easy Livin’. It is tough to walk that fine line between the hits, the deep tracks, and the new album songs, but Uriah Heep gave the fans all of the above, and more.

Uriah Heep still kicks ass on a live stage. If you need further proof of that, attend their show if it comes to your town. Even if you have to drive a few hours to another town to see the band, this is definitely one classic hard rock show in 2015 that is worth seeing and checking out. Many aging classic rock bands are still touring and active, but very few are still doing what Uriah Heep does; making fresh new music and giving the fans a quality, balanced setlist. Do not pass up an opportunity to see these legends live and in person; this was one of 2015's best rock shows so far!

NOTE: The video clip below is NOT from the Las Vegas show, and is merely included to give an idea of how the band sounds on a live stage on the 2015 tour.