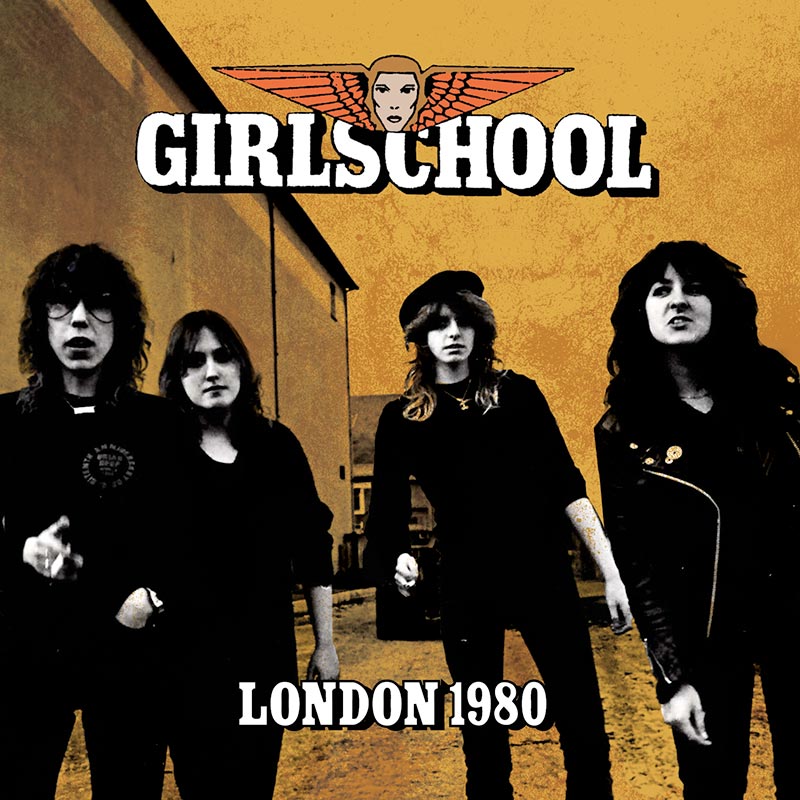 London 1980 marks the legitimate release of a frequently bootlegged concert from Girlschool's infancy.

When it comes to the New Wave of British Heavy Metal, one of the true stand-out groups from the era was Girlschool. This all female band demonstrated time and time again that they were capable of kicking ass on stage and in the studio, and were every bit as musically capable as their male peers were. The band has persevered to this day in varying incarnations; the current version of the band contains three fourths of the group’s classic NWOBHM breakthrough lineup. With tour dates on the way (including one out here in Vegas in May!), they remain active and popular, and maintain a worldwide following.

1980 saw the release of Girlschool’s first album, Demolition. This release, London 1980, is a vintage concert recorded in 1980 following the release of said album, when the band was beginning their rise in popularity, having just put out that first full length studio release. release. For the first time ever, this classic concert is getting a legitimate release. Is this a must own for Girlschool fans, or a concert that should have stayed in the vaults?

According to a number of websites, this concert has been bootlegged for years, so it is good to see that it is getting an official release. The sound quality on here is a little rough in places, but this is to be expected given the age and the nature of the material itself. I do not have those older bootleg releases to compare this to, but based on what I am hearing here, it has most likely been mastered and cleaned up to the greatest extent possible. The result is a solid, raw release that captures the band in their infancy, young and hungry and ready to take on the world. The between song banter only adds to the experience and makes it feel all the more "real" and "live."

There have been live Girlschool albums before, but London 1980 might just be the new definitive one. It is very short, clocking in at just over half an hour, but it actually sounds and feels live; there is no greater praise than that. The setlist, naturally, is primarily comprised of tracks from the Demolition LP, but there are a few others thrown in on here that would later appear on the sophomore album, Hit and Run. These are great, high energy performances of some of the best Girlschool songs, featuring the band in their absolute prime. Any fan of the band or the NWOBHM in general is going to adore this release.

As was previously stated, the audio quality on this release is a little rough, so do not come in here expecting a pristine recording or one that has been overly mastered or cleaned up in the studio. That said, the end result does put the quality of many raw NWOBHM scene live releases and bootlegs to shame. There are official live albums from other bands from the same musical movement on which the audio quality is far inferior to this release. The only other minor issue worth addressing here is the short length. At just over half an hour it will leave you wanting more. It would have been great if there were some bonus tracks included; performances from another show of different songs; studio demos, BBC sessions, outtakes, rehearsals, anything really. It is a fantastic show but some bonus content would have been nice.

It is short and raw, but it is Girlschool in their prime, and for that reason London 1980 comes highly recommended to fans.

Note: This video is an early promo video for the band's cover of "Race with the Devil." It is not a live recording from this CD.