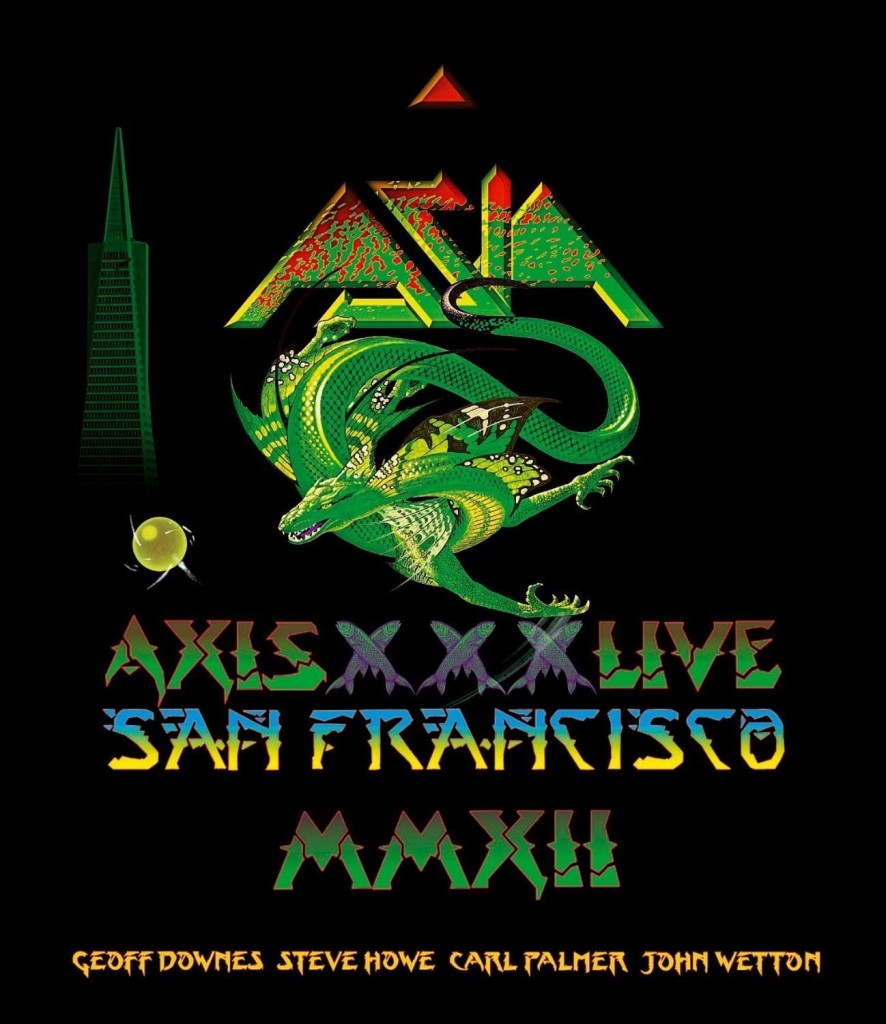 In the early 1980s, Asia proved to be the perfect balance of pop and prog. The supergroup combined the talents of John Wetton (King Crimson, UK), Geoffrey Downes (Yes, Buggles), Steve Howe (Yes), and Carl Palmer (Emerson Lake and Palmer, Arthur Brown), and they recorded some of the most iconic music of the 1980s. The group also endured in other incarnations well into later decades. The classic quartet reunited some years back and recorded and toured, prior to Steve Howe leaving the group once more to rejoin Yes. This live release captures one of those shows by the classic incarnation of the group, prior to Howe’s departure.

With all of the Asia releases out there, live and studio alike, did we really need a new live album from them? The answers to this question are going to be debatable, but fans are bound to be impressed by what they hear here nonetheless. The set covers two CDs, and contains a mixture of material from the band’s classic 80s material with their original and best-known lineup, as well as some material from newer studio releases from the band as well.

It is always a risky prospect doing classic band lineup reunions, because they have a tendency to be hit and miss. Done right, it can be the last hurrah for a great group, and the perfect way of celebrating everything they have accomplished. Done poorly, it can tarnish a good band’s once great name, and leave a stain on their legacy. This could be the result of a lack of chemistry between band members, or poor performances and aging on the part of the band. Fortunately, Asia falls into the former camp, and this live release is a success on all fronts.

I am pleased to report Asia is that rare band that has lost next to nothing over the years. John Wetton’s voice is still solid, and all of the members are still masters of their respective instruments. Steve Howe is playing great throughout, be it an acoustic instrumental solo sequence, or the electric guitar riffs of the band’s biggest hits; it is a shame the band lost this guy back to Yes no long after this release came out. No one listening is bound to be disappointed with the quality of the performance itself.

A diverse tracklist of old and new songs alike helps to keep this release interesting, and you will discover this for yourself when you give the album a listen. All the classics from the band’s legendary 80s heyday get played here, but the fact that the band diversifies and throws in some newer songs and solo, instrumental sequences makes it all the more interesting. Fear not; the new material is surprisingly good, and fits in perfectly with everything else presented here.

It is highly unlikely any fan of Asia will be disappointed by this performance from the band’s classic lineup, still in their element all these years later. The fact that this was recorded prior to Steve Howe’s departure from the band only sweetens the deal, and makes it all the more worth listening to. For any fan, this live release comes highly recommended!