Home›Movie Reviews›Well Now You're Here, There's No Way Back - The Quiet Riot Documentary!

Well Now You're Here, There's No Way Back - The Quiet Riot Documentary! 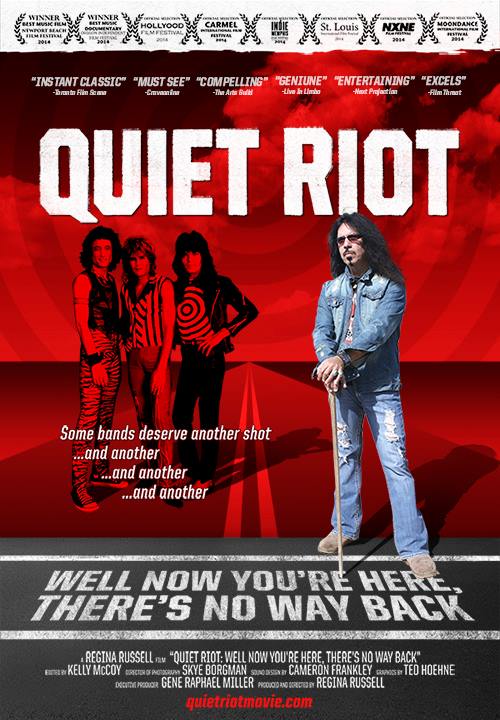 Well Now You're Here, There's No Way Back is the Quiet Riot documentary that was a result of the band's 2010 Kickstarter fundraiser. The film is directed by Regina Russell.

Quiet Riot is a landmark band in the history of heavy metal. Early in the 80s, they became the first metal band to top the pop charts with their 1983 release, Metal Health. For the next several years, they were one of the biggest bands in the world, scoring countless hits on the charts and on MTV. The band even reunited once more in the 1990s and continued to persevere until the unfortunate death of vocalist Kevin DuBrow in November of 2007. But Quiet Riot has returned from tragedy and continues to keep their rock legacy alive. 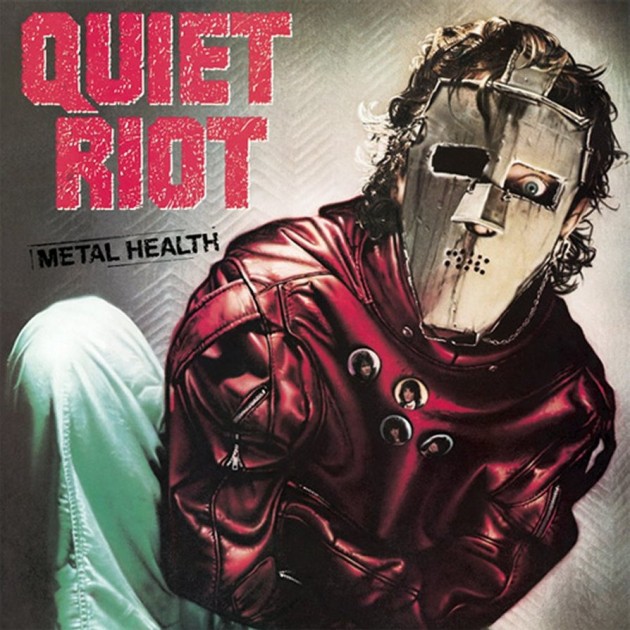 Metal Health, the landmark 1983 album from Quiet Riot, was the first heavy metal album to top the pop charts.

Well Now You’re Here, There’s No Way Back is the feature-length documentary Quiet Riot created with filmmaker Regina Russell, as a the result of a 2010 Kickstarter campaign. The project has been several years in the making, and been released in a number of theaters and film festivals, with a future home video release on the horizon. After so much time being spent on the creation of this film project, how does it actually old up? Is this a documentary worth the time of any fan of this legendary classic hard rock group?

Essentially, Well Now You’re Here, There’s No Way Back follows Quiet Riot from their early genesis in the late 1970s to their 80s heyday, and well beyond, including singer Kevin DuBrow’s 2007 death and the aftermath, with drummer Frankie Banali reforming the band and continuing to persevere with other vocalists. Throughout it all, a number of persons involved with the band, as well as fans, friends, and fellow musicians share their stories and views on the events that have unfolded over the years.

As someone who donated to the Kickstarter several years back for the creation of this documentary, I was pleased to finally be able to see the end result on screen, exploring the history of the band. The group and director Regina Russell have crafted a 105-minute doc that, while not perfect, does give an interesting overview of the band’s career. 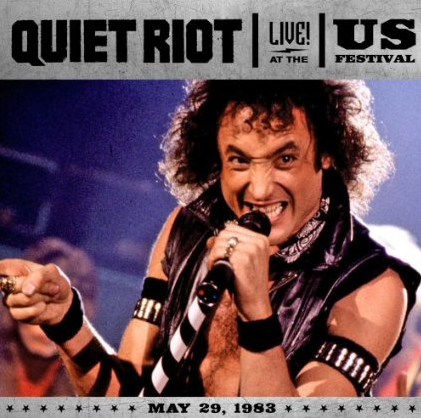 A 1983 performance at the US Festival was one of the first events that brought the band to a national spotlight.

This documentary deserves major credit for bringing to light a number of periods of the band’s career, including some of them that tend to get neglected. While certainly not the major focal point, it was especially good to hear about the band’s early formative period with Randy Rhoads; original bassist Kelly Garni (who was Rhoads’ childhood friend) is even amongst the interviewees, as are friends and family members of Rhoads. Before this documentary even came out, people were bashing it for not covering this era, and it is good that those naysayers are now proven wrong.

The band and film crew clearly went to a great effort to assemble the mass of archival footage seen here, including vintage interview clips, television spots, and in the more recent cases, YouTube videos from fans. We even get to see clips of Frankie Banali’s modern home life! In the case of the classic 80s heyday, seeing the video clips of a young Kevin DuBrow and the events and comments that paved the way to his eventually being fired from the band are especially interesting to watch. In many ways it is bittersweet to see the DuBrow footage, and revisit the circumstances leading up to his unfortunate death. In addition to past and present band members being interviewed, we also hear from a number of the band’s musical peers, including Dee Snider and Glenn Hughes.

Also worth mentioning is the fact that the band actually devotes a decent amount of documentary time to the “post reunion” years, and the struggles that the group has gone through since then. For this fan, the best scenes of this documentary by far were those of a grieving Frankie Banali being forced come to terms with the passing of DuBrow, including a scene where he visits former bandmate Rudy Sarzo for advice regarding the future direction of the band. We even get to see footage of the since reformed version of the band, and the struggles Banali faced trying to make a go of things and find a vocalist who could fill DuBrow’s shoes. 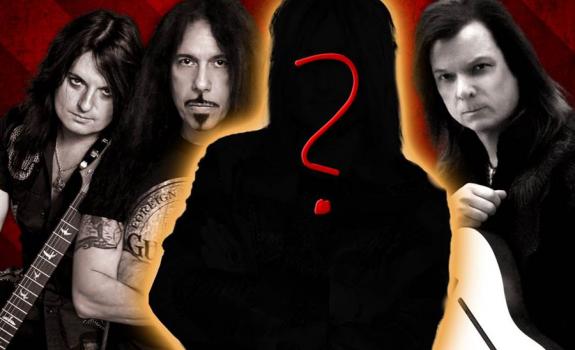 Following Kevin DuBrow's death, the band has persevered with a number of different vocalists.

That said, however, the documentary is not perfect and does suffer from some notable omissions, and too much content in other places. As much as I loved seeing the footage from the newer version of the band, this era is overemphasized here. The issues Frankie Banali faced while having Mark Huff as the singer of the band were amongst the most interesting in the movie, but it is given far too much emphasis here, and takes up too much screen time. By comparison, follow-up vocalist Scott Vokoun gets the short end of the stick, and the film does not even give a reason for Vokoun’s subsequent departure (this clearly happened late in the production of the documentary and was most likely changed at the last minute to reflect it all). I enjoyed hearing about the reformed band, but ultimately, the Mark Huff stuff is focused upon a little too heavily.

The other issue, of course, is with the omission of two other key eras. First and foremost, the brief period in which Paul Shortino was vocalist of the band. Shortino is mentioned in the documentary like TWICE. Considering a live Quiet Riot DVD exists of Shortino fronting the band, it should not have been that difficult to get at least SOME content for this era. Seriously, it would not have killed the pacing of this documentary to give Shortino's era at least two minutes of acknowledgement.

The single biggest issue with the documentary is the other era it overlooks – practically the ENTIRE period from 1991-2007 (aside from a brief scene in which people try to name every member of Quiet Riot). The band released no fewer than FIVE studio albums during this period, and it gets NO EMPHASIS WHATSOEVER in this feature-length documentary dedicated to the band’s history. Kenny Hillary, who was the bassist of the band in the early 1990s, committed suicide in 1996, yet does not get a single mention or tribute here (unless that “name all the band members” scene is counted). The 90s was an era when all bands from this era were struggling to survive and get by, and it would have been great to see more on Quiet Riot’s journey and musical releases during this time.

This is not a perfect documentary, but to any fan of the era or the genre, the good will by far outweigh the bad. Quiet Riot is a band that has been overdue for this kind of chronicle of their career, and it is good to see that the final product mostly lives up to expectations. As a fan, this was a fantastic viewing experience, running the gamut from amusing to dramatic alike. Anyone who calls themselves a Quiet Riot fan will find Well Now You’re Here, There’s No Way Back to be essential viewing.