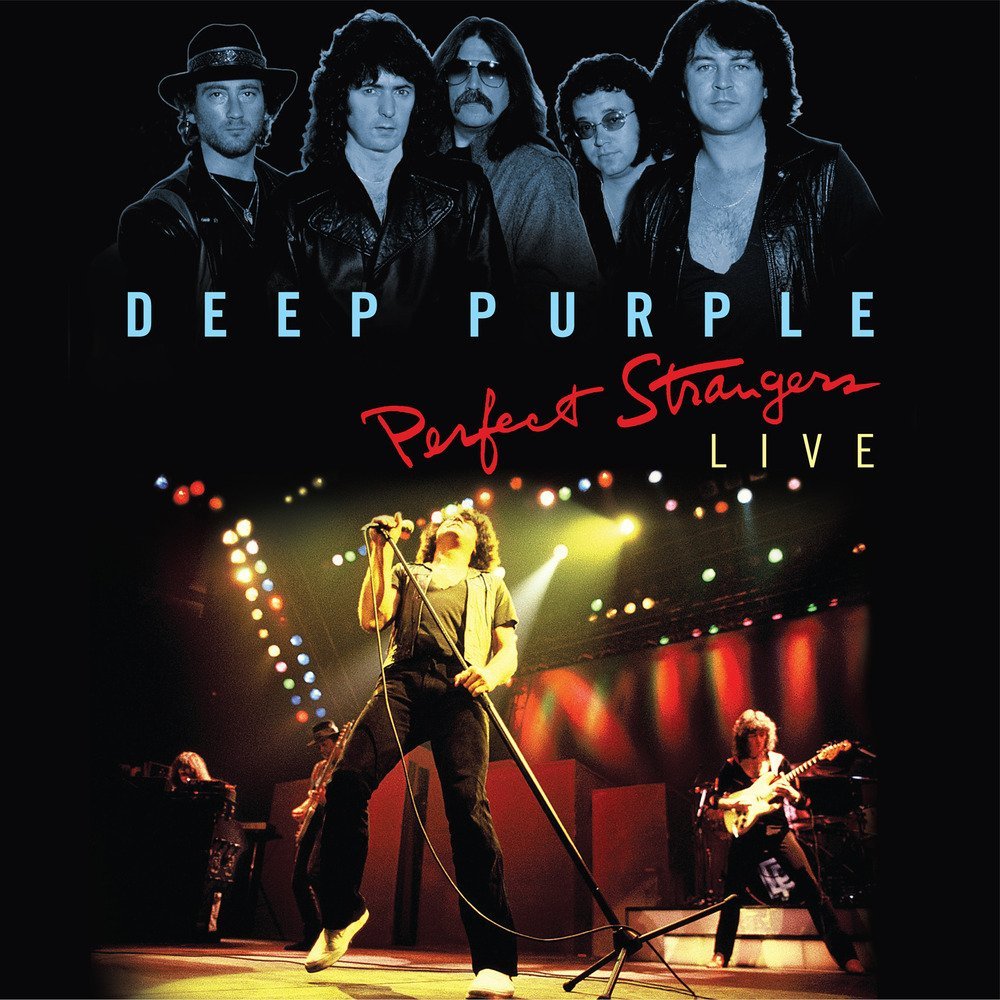 Deep Purple's Perfect Strangers Live was released in fall of 2013, featuring a vintage 1984 Australian concert from the band.

Following several classic records, Deep Purple disbanded. The classic rock greats called it a day, and went on to other things. At this point, rock fans around the world were unsure if the classic Mark II lineup of the band would ever reunite and perform under the Deep Purple moniker again.

Fans would get their wish in 1984, when this incarnation of the band got back together and released Perfect Strangers, their first studio album with the Mark II lineup since 1973. It was revered as a return to form by fans and critics alike; people were ecstatic that the true Deep Purple was back after a decade. Naturally, a world tour followed.

This disc features a show from that tour recorded in December of 1984, in Sydney, Australia. Footage from this era is rare, making this all the more anticipated a release for the big Deep Purple fans. This is (to my knowledge) the first legitimate video release of content from this era of the band’s history.

The band performs a set on this disc nearly two hours in length, mixing tracks from the then new Perfect Strangers record, as well as other Mark II classics. There are even a few unexpected surprises and moments that will definitely appeal to the fans that love the band. 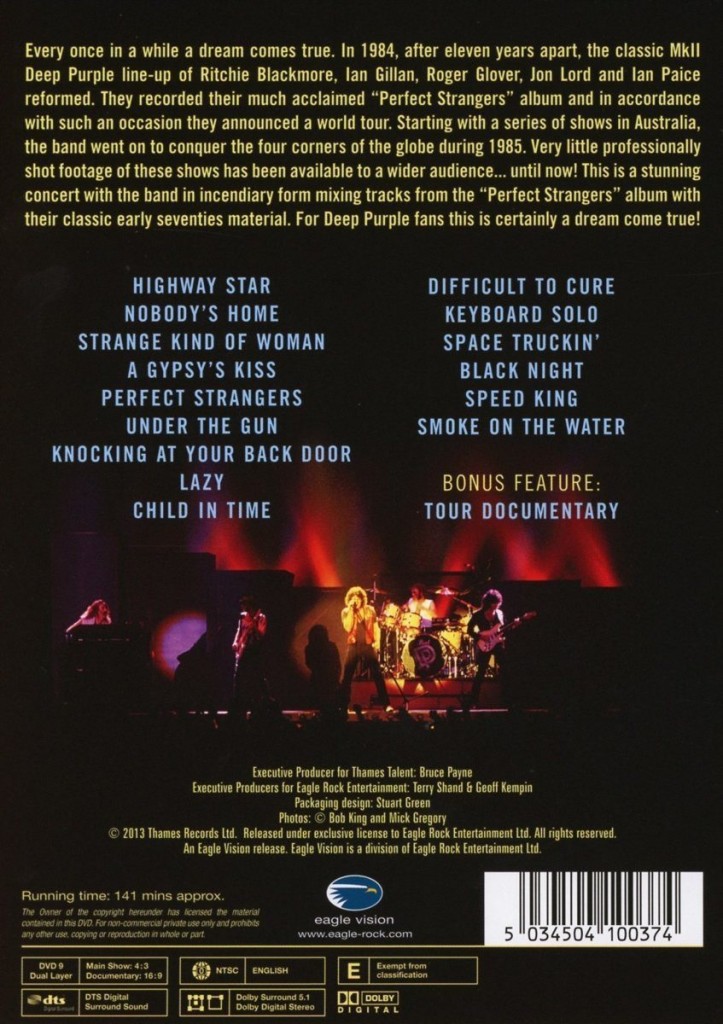 Setlist for the show.

As the most complete and comprehensive live document of the Mark II Deep Purple reunion and the subsequent Perfect Strangers tour, this disc is an amazing piece of rock history, and it is criminal that the world did not have access to this material sooner. Many thanks to Eagle Rock for giving this material the attention it deserved!

There have been many interesting points in the history of Deep Purple, but this era is one that definitely needed emphasis on a home video release. The setlist is a great mixture of old and (then) new alike, and the solos and prolonged jams are some of the best moments; an extended Jon Lord keyboard solo is one of the truly epic moments here and serves as a fitting tribute to him. The whole band is in the best of spirits, and Ian Gillan’s singing voice was still very good at this point (you’ll never see him attempt “Child in Time” these days!) Even Gillan himself pounds away at some tribal-style drums during some of the lengthier instrumental breaks!

The video quality on this disc is good overall, though the show was presumably shot on standard definition video, and thus shows its age in that regard. The footage itself is in good shape though, free of any negative anomalies or blemishes. I have no issues with the audio either; the disc sounds fantastic throughout. As an added bonus, a 30-minute tour interview is included as well.

There are several Deep Purple home video releases, some may argue that there are too many. But this was an era that was devoid of any prior release and very much needed for the fans. This is the group in their time of reawakening, ready to take on the world all over again, and in many ways the last big hurrah for the true “classic” version of the band. The video quality never ascends to any true heights of greatness but does not look weak either, and the audio gets the job done. Plus, the bonus interview is a nice extra as well. Highly recommended to any fan of the band!

Moment of Glory - Scorpions with the ...