Lone Star was a Welsh rock band from the latter half of the 1970s, featuring Paul Chapman prior to UFO. Rock Candy has reissued the bands two albums.

Welsh guitarist Paul Chapman will always be forever known as “the guy that replaced Michael Schenker in UFO.” But he has had a rich musical history, going back well before his glory days with that legendary classic hard rock act. His career included a brief stint replacing Gary Moore in the UK band Skid Row, and in the years that followed, he played with another criminally underrated and forgotten act – Lone Star.

Lone Star was only together for about three years, and their efforts spawned a mere two albums; their self-titled 1976 debut, and 1977’s sophomore effort, Firing on All Six. While both albums had single releases and iconic songs that won over those that heard them, the group never really took off, and was sadly largely forgotten prior to Chapman’s leaving to replace Schenker in UFO.

As an obscure UK group that only recorded two albums, Lone Star’s work is widely forgotten; they are typically discovered by UFO fans going back in time to find out more about Chapman’s pre-UFO career. The group’s pair of albums was reissued in a twofer package in 2004. More recently, Rock Candy Records has given both albums a “sold separately” release, with each including BBC Session tracks recorded by the band as a bonus.

So how do the albums measure up, and are they worth your time? Essentially, the band has a distinctly 70s UK classic rock sound about them, but they bring in more progressive elements to their sound, largely exemplified by the heavy use of keyboards on many of the tracks. Both albums are dated in several places, but have aged surprisingly well compared to much of what other bands were doing in the era. People should NOT come in here expecting a UFO album though. 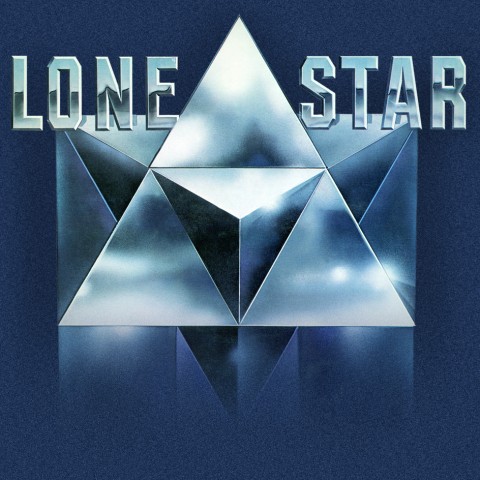 The band's first album was released in 1976, and was produced by the legendary Roy Thomas Baker (Queen, Cars, Journey).

The first album of the two is a solid effort that has more than its share of highlights. It is kicked off with an eight-minute-plus reimagination of the Beatles’ “She Said She Said” which is a complete and total transformation from the original, yet still manages to maintain the charm of the original cut. “Flying in the Reel” is a great 70s classic rock sound that epitomizes everything that made this era of music great. “A New Day” is a solid mix of rock riffs and progressive sounds alike. With “A Million Stars,” the group gives audiences a great rocker about traveling the galaxy. Closing cut “Illusions” is fairly brief, but its soft and melodic sounds serve as a fitting coda to the record. 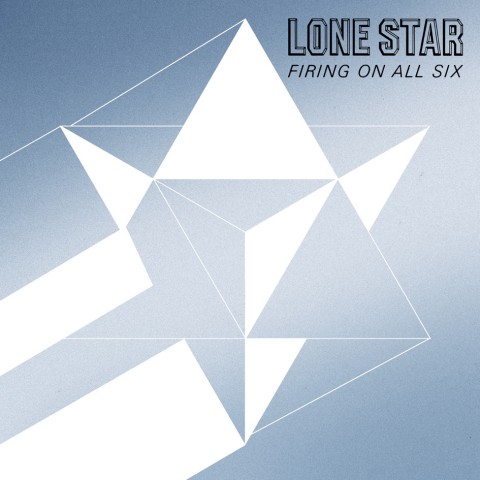 Firing on All Six was the band's second and final album, featuring singer John Sloman. It was produced by Chapman's future UFO bandmate Gary Lyons.

Firing on All Six, the second of the two albums, marked the debut of vocalist John Sloman (later of Uriah Heep) in the band. It is tough to pick a favorite out of the two albums, but this album may very narrowly edge out the debut for this fan. Opening cut “The Bells of Berlin” is an excellent starting track, with its keyboard-driven sound and a great fusion of styles. My favorite cut on the album (and overall favorite song from Lone Star) is “The Ballad of Crafty Jack,” which features one of John Sloman’s best vocal performances. Tracks like “Lovely Lubina” and “All of Us to All of You” have a very Styx-ish vibe about them with their distinctive keyboards and backing vocals. Like the first album, there are a few portions that feel a bit “funky” and dated, but it does not make me enjoy the album any less. 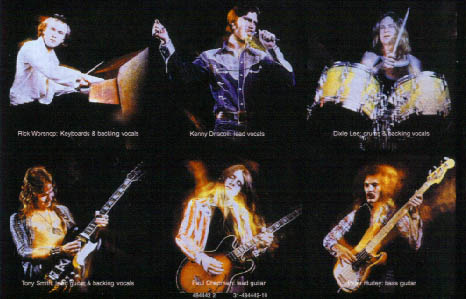 Both albums are packed with BBC Session bonus tracks. It is interesting to listen to these; they feel raw and unpolished compared to what is found on the albums themselves. This gives you an idea of what the songs would have sounded like performed in a live setting. Even if you already got the older twofer CD release, these BBC cuts and the expanded booklets, packed with rare info and photos, make this a worthy double dip.

Lone Star was criminally forgotten by music fans and critics alike, but this Welsh act’s material has gotten the Rock Candy treatment, making this all the more suitable a time to rediscover the group. Both albums from the band come strongly recommended, and will give fans a look at Paul Chapman's oft-forgotten pre-UFO period!