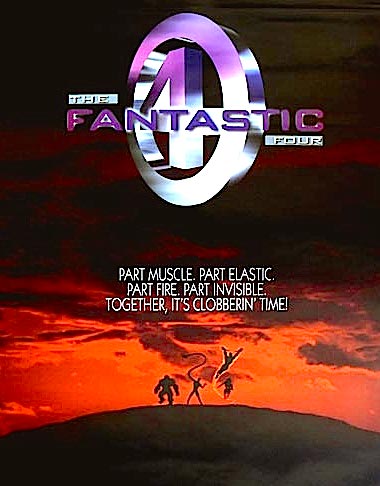 This Fantastic Four film was made by Roger Corman in 1994 but was never officially released.

The Fantastic Four has proven to be one of the most difficult Marvel properties to adapt into a film. The 2005 film, directed by Tim Story, and its subsequent sequel, were both bashed by critics. The more recent 2015 adaptation/reimagining of the series was even further reviled. But, unbeknownst to many, these were not the first attempts to bring the superhero quartet to the big screen.

In 1994, a film produced by legendary B movie filmmaker Roger Corman was created, though it ultimately went unreleased. The exact nature of what went on behind the scenes has long been the subject of debate; there are as many takes on that story as there have been on the Fantastic Four franchise over the years!

Even though the film was never officially released, this has not stopped curious fans from seeing it. Bootleg recordings exist, and it is even available for viewing on sites like YouTube. At long last, this particular Marvel fan has had a chance to give the movie a viewing. How does it actually fare? Is this low budget film an underrated classic, or a blunder that was best off unreleased?

In this iteration of the Fantastic Four, science students Reed Richards and Victor Von Doom are attending college, doing research on a phenomenon in outer space fast approaching Earth, which may hold scientific secrets worth pursuing. Following an ill-fated attempt to study these secrets,  Richards takes a group of his friends on a trip to outer space, where they are struck by cosmic rays that grant them mysterious powers. But unbeknownst to them, another power is seeking to capture them and use this power for his own personal gains. 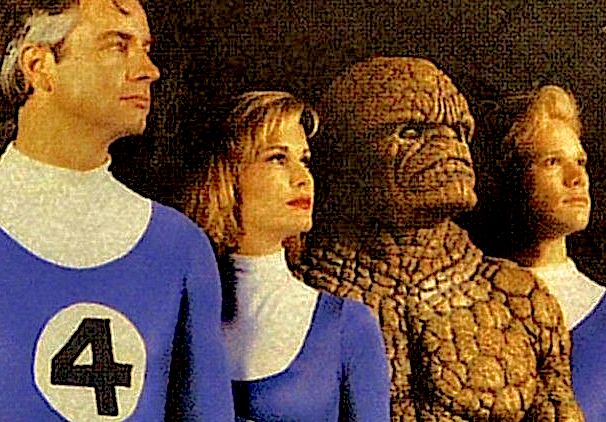 The Fantastic Four in their 1994 film incarnations.

This movie is about what you would expect. As a cheesy B movie, it is entertaining and has its moments. But if you are looking for a multi-million dollar theatrical spectacle, this sure as hell is not it. Does it fall under the “so bad it’s good” category, which tends to be true of so many films involving Roger Corman? The bad outweighs the good here, and only the most curious of B movie and Marvel buffs are really going to find something to enjoy here. It went unreleased for a reason. Likely several reasons.

The acting throughout it wooden and without emotion. This makes vital plot points miss the mark entirely; the “romance” (if you can call it that) between Ben Grimm and a blind woman is laughable. The Storm Siblings are apparently only brought along on the fateful trip into outer space because they are family friends of Reed Richards; they are not scientists, astronauts, or anything of the sort! Numerous tertiary characters get far too much screen time, which builds up to little or nothing at all. The special effects are terrible and the sets look like they were borrowed from the Power Rangers. The Thing looks like something out of a live action Ninja Turtles movie; “It’s clobbering time!” is a line of dialogue that this classic character must earn, but this incarnation is laughably bad and tosses that signature quote around without a care. The quartet of heroes somehow acquires their very own building and transport in the middle of the movie without explanation. The Human Torch goes from being able to control his powers to being scared by them activating. Going on down the list about what is wrong with this film could take hours, so I will keep the list brief. If you have not seen the movie, do not bother. You are not missing anything.

This Fantastic Four movie is an epic fail; there is a reason it was never released. Granted, the big budget live action takes did not fare much better; this is a franchise that has yet to be done justice by a theatrical film. Do not bother with Roger Corman’s take on the Fantastic Four. If you are really, really bored, click that link below. But you are warned… it is pretty terrible stuff that went unreleased for a reason! If there is ever an MST3K episode parodying this film, though, I will be first in line to watch it!