Home›Movie Reviews›Beatles - The First US Visit Chronicles the Band Behind the Scenes in Their Early Days!

Beatles - The First US Visit Chronicles the Band Behind the Scenes in Their Early Days! 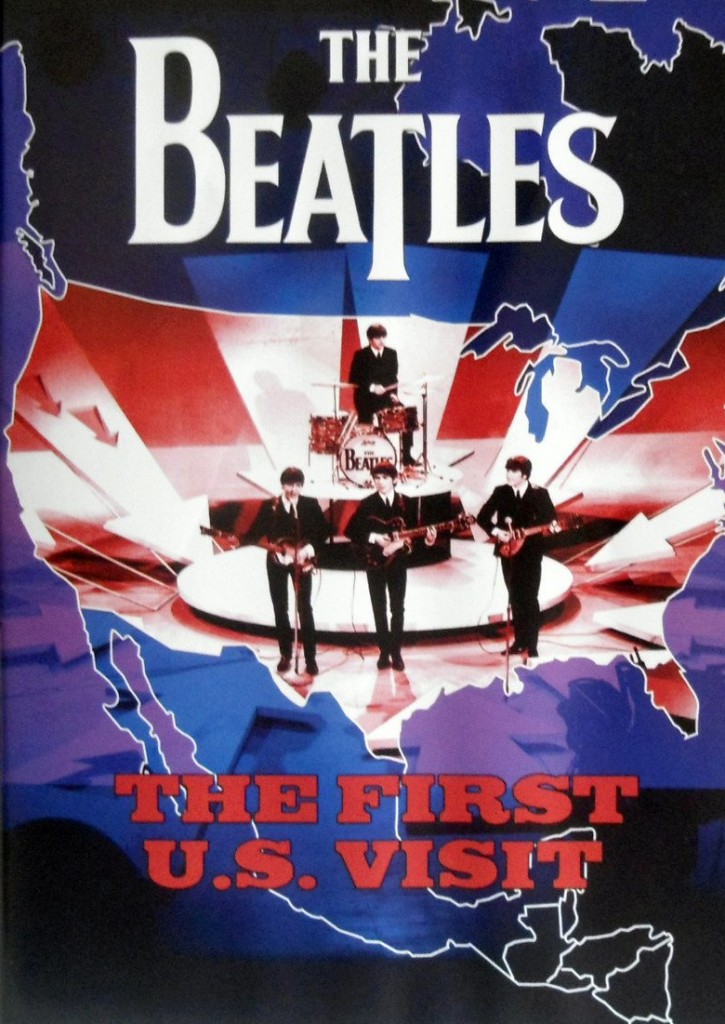 The Beatles - The First US Visit was released on DVD in 2004.

In 1964, the Beatles made their first visit to America, and from then on, the world of music would never be the same again. It was at this time that the band was rising fast; their performances on The Ed Sullivan Show during this time pushed their popularity through the roof, sending the band to heights that they have never descended from, even a good four plus decades after disbanding.

When the band first came to America in February of 1964, documentary filmmakers Albert and David Maysles followed the group around on tour with cameras, capturing them both on and off the stage. While many of these filmmaking techniques have become commonplace these days, it was innovative and unheard of in 1964. The end result was What’s Happening! The Beatles in the USA, featuring rare footage of the band during this pivotal time. In 1991, the documentary was re-edited as The Beatles: The First US Visit, which finally got a DVD release in 2004.

Essentially, The First US Visit features the Fab Four during that brief but brilliant moment in which they first toured the United States, gaining recognition in a big way. Footage in the documentary includes the band’s press conference upon arriving in the United States, correspondence with DJs and band management and the like, live performances, and more casual moments, including hotel stays and being driven around. We even get to see many of the screaming young fans, and to experience the Beatles saga from their point of view as well. The 1991 re-edit of the documentary removes some of the older footage from the 1964 version, and incorporates the band’s classic performances on The Ed Sullivan Show, which in many cases was the first time that people saw live video footage of the band back in the 60s.

For any Beatles fan, seeing this footage of the group in their early rise to fame is essential. You get to see the band “behind the scenes,” and this results in some brilliant comedic moments that you likely would not be expecting otherwise. When the band filmed A Hard Day’s Night later in 1964, it more or less followed the band on a tour; one cannot help but wonder if this documentary somewhat influenced the way in which the band made that film. Fans will love what they see here, and much of this footage will be a great blast from the past for those fans who grew up with the band members, and remember seeing them on television for the first time back in the day.

By far the greatest asset of this documentary (specifically in this re-edited form) is that it compiles the band’s performances on The Ed Sullivan Show; it is great to finally have all of these performances combined into one convenient documentary film (stand alone The Ed Sullivan Show DVDs DO exist, however these are of the COMPLETE Sullivan episodes including all of the non-Beatles content in said episodes; The First US Visit is a superior choice here since you do not have to watch or fast forward through all of that just to get to the Beatles performances).

The audio and video quality on the DVD are not the best, but this is likely due to the nature and condition of the source material. That said, it does look superior to past releases of this material and fans should be satisfied with what they see and hear. In addition to the main documentary, fans also get bonus interviews and outtake footage not contained in the final documentary, which further helps to build a picture of the band in their early American visit.

There are countless Beatles home video releases on the market, but this is an official band-sanctioned release, and a must-own for any die-hard fan of the band. The rare footage taken both on and off the stage alike makes this one of the definitive looks at the band in the early days. If you can get your hands on this disc, it is well worth picking up!