Home›Reviews›Queensryche - A Look at "Guardian," a Track from the Band's Forthcoming Album!

Queensryche - A Look at "Guardian," a Track from the Band's Forthcoming Album! 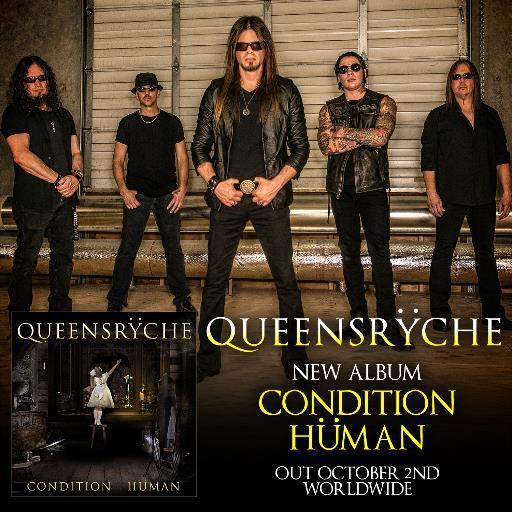 "Guardian" is a track from Queensryche's forthcoming Condition Human album, due out in early October 2015.

The “Tale of Two Queensryches” is finally over. As it should be, there is once again, only one Queensryche. Now fronted by former Crimson Glory singer Todd La Torre, this has proven to be a powerful new incarnation of the band (the short-lived “Geoff Tate’s Queensryche” now performs and records under the name “Operation: Mindcrime,” named for the classic 80s record Tate recorded with the band back in the day).

With Queensryche’s new album on the horizon, this fan thought it would be interested to take a look at “Guardian,” an online digital single released from the forthcoming record. When Condition Human hits stores in October, it will be the second release from the La Torre-fronted Queensryche.

The “digital singles and videos” approach, in anticipation of a new full length album from a band, has become increasingly common over the course of the past several years, and Queensryche is clearly no stranger to this approach . How does the latest song released in anticipation of Condition Human’s release measure up?

Todd La Torre has taken the world by storm with his arrival in Queensryche. Almost instantly, this man has taken the bull by the horns, giving the band the powerful frontman they have not had since Geoff Tate in his glory days. His presence is as welcome with the band here as it was back in 2013 for the band’s eponymous release, which marked their first recordings with him at the helm. In many ways, on these newer Queensryche recordings, La Torre sounds more like Geoff Tate than Tate himself does these days (but the new Operation: Mindcrime album from Tate is a story for another day).

“Guardian” is an impressive song from Queensryche, which beautifully captures the songwriting and musical abilities of the band’s classic late 80s/early 90s period, but brings heavier, more modern production into the mix. The best of both worlds, itis a song that definitely has this fan optimistic for the next record; Condition Human will be upon us in less than a month! The band is strong throughout this recording; La Torre’s vocals are naturally powerful and steal the show as they always do. Any doubts of Queensryche surviving sans Geoff Tate have been shattered here.

If this is an example of what to expect when Conditon Human hits stores next month, it is a good bet that the album will be Queensryche’s strongest in years. No fan should go any longer without listening to this track; click the link below and check out the music video the band has released for the song.

Blackthorne - A Look at the Supergroup's ...