Home›Movie Reviews›History of the Eagles - Documentary is a Must See for Fans of the Band!

History of the Eagles - Documentary is a Must See for Fans of the Band!

In the world of classic rock, the Eagles are one of the most recognizable and beloved bands. Scoring huge hits that stretched across the spectrum from straight-up arena rockers to country ballads, they are true rock legends , with a tenure spanning not one but two stints together as a band. They remain one of the most popular touring acts out there today, and with good reason.

Over the years, the band’s ranks have always included founding members Don Henley and Glenn Frey. Other men who have played in the band include Bernie Leadon, Randy Meisner, Don Felder, Joe Walsh, and Timothy B. Schmit. Furthermore, many of the musicians in the band have pursued successful solo careers. 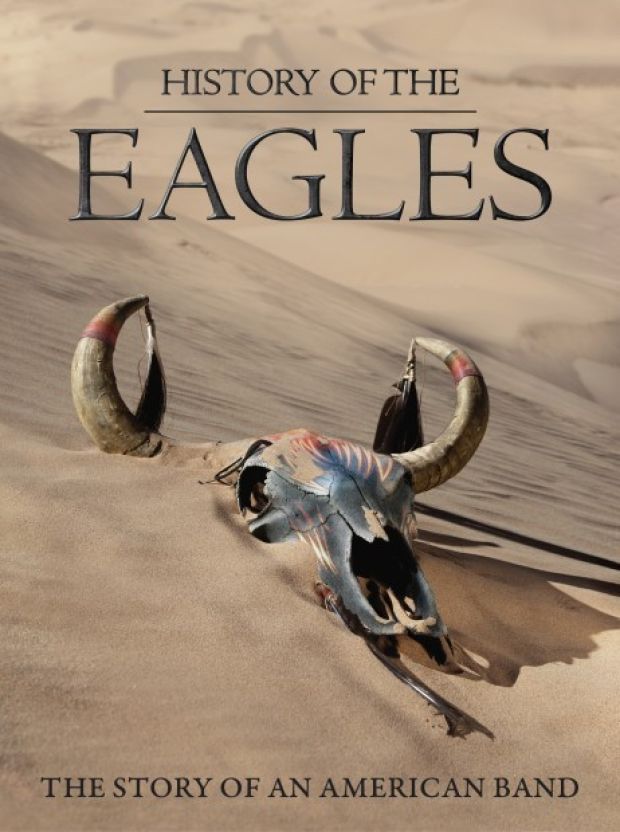 History of the Eagles is a career-spanning documentary on the legendary classic rock band.

History of the Eagles is exactly what it sounds like; a documentary spanning the band’s career from their humble beginnings, right down to the present, where they remain arena superstars with tours that span the globe. Assembled to tell the band’s story are the members of the band past and present, managerial staff, touring crew members, producers, fellow musicians, songwriting partners, and several others. The set spans three discs, with the first disc covering everything up to the band’s initial disbandment in 1980 (roughly 2 hours). The second disc covers everything from the band’s 1994 Hell Freezes Over reunion up to present times(roughly 1 hour and 10 minutes). Disc three is a live 1977 show from the Hotel California tour (roughly 45 minutes).

With over four hours of content on one of America’s greatest rock bands, History of the Eagles is essential viewing for anyone who considers themselves as a fan of the group. You are sure to learn plenty of new things about the group, from the origins of some of your favorite songs, to some of the lesser known (and often less than favorable) events that went on behind the scenes. At times the documentary is brutally honest and not exactly kind (including to former band members), but I admire the band and the crew who put this together for capturing all of that.

This could have just been a narrowly focused doc that just focused on part of the band’s lengthy and expansive career, but the crew took it upon themselves to cover the whole story. That is a daunting task, and yet, they pull it off perfectly. Informative and entertaining alike, a fan of the band will never be bored in the doc’s duration. Yes, there are a few things here and there that could have used slightly more emphasis, but that is a very small complaint. If you are looking for an authorized doc that tells you everything you have ever wanted to know about one of America’s greatest bands, this is it. History of the Eagles gets the job done and then some.

As far as the content on the disc goes, there are some instances of harsh language and full female nudity, so if you have children, you might want to send them to the other room while you watch it.

As with any documentary covering the history of a band, the picture quality fluctuates depending upon the age and the quality of the footage used. The newly filmed footage looks spectacular on this Blu-ray Disc, and even some of the vintage footage shot on film that was remastered looks very good as well. Audio takes full advantage of the Blu-ray Disc format’s audio capabilities, though it will not exactly rock your speakers like the latest Hollywood blockbuster, either. The concert on the third disc looks and sounds especially good.

Are you an Eagles fan? If so, History of the Eagles is an essential purchase that you would be wise to pick up. From casual fans to the die-hards that have been following the band for decades, everyone is going to learn something new here. Informative and entertaining alike, and not afraid to be brutally honest where need be, this is a great doc any fan should add to their music collection.

UFO - The Releases from the pre-Michael ...