Home›Game Reviews›Super Mario Maker - An Essential Purchase for Any Wii U Owner!

Super Mario Maker - An Essential Purchase for Any Wii U Owner!

It is hard to believe it has been 30 years since a little game called Super Mario Bros. came along and changed video games forever.

After three decades of games spanning multiple genres, Nintendo is doing something with Mario that is totally new and unique, yet familiar at the same time. Super Mario Maker is a new game for the Wii U that promises gamers the ability to create and design their own Super Mario levels! To many a gamer, this sounds like a dream come true. Does it live up to the hype, and is it a must own for owners of a Wii U console?

Essentially, Super Mario Maker grants the player the ability to design their own Super Mario Bros. levels, uploading them to the Internet for fellow gamers around the world to play. You, in turn, can do the same, playing levels that have been designed by other gamers. 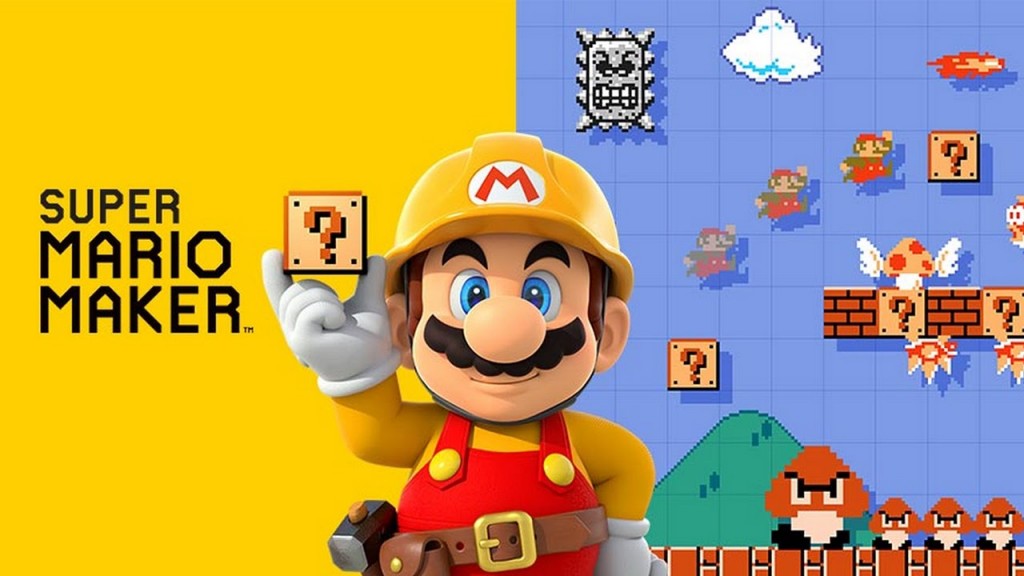 Super Mario Maker was released for the Wii U in September of 2015 in the United States.

The actual design process takes place in an easy to use interface, in which you are going to have access to limited level design tools and styles; you will gain more elements with the more levels you design. This requires someone designing levels to make use with what they have at first, in turn using everything and getting more experience designing levels before they can integrate more complex concepts into their stage designs. Stage elements can be made to interact with or enhance one another (for instance, you could have a warp pipe that emits Super Mushrooms, or even a Bullet Bill launcher shooting Cheep Cheeps!) There are many different concepts and combos here that are worth trying out, as anyone who plays the game will realize.

You can try out levels that were designed by other gamers in the 100 Mario Challenge, which lets you tackle a number of back-to-back levels (the number and style differs based on the difficulty level you choose). Similarly, you can play the 10 Mario Challenge, which lets you play levels designed by the programmers using the interface. These are great ways for you to learn more about the concepts and what people have been doing with designing their own levels. There are even some surprise unlockables to be had by playing through these modes. 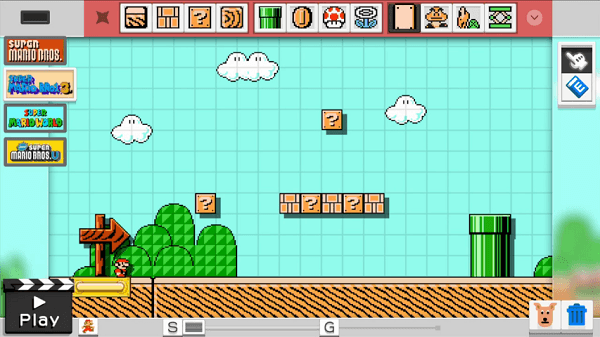 There are many custom design elements to be found in Super Mario Maker.

At first, when it comes to uploading your levels, you can only upload 10 of them, however you can earn stars from people who like playing through what you upload. In turn, you can give them stars for the same purpose if you like their levels. This helps to bring in some instance of “quality control,” and the fact that someone must play through and complete their own level prior to uploading it means that no one can upload something that is truly impossible to beat. This helps to keep things interesting, and prevents the servers from being oversaturated with too many inferior and frustrating courses (though you will still be tested on more than a few occasions!)

Note that all of this is subject to change, DLC down the road is always a possibility.

Despite some shortcomings, namely in the means of omissions of included items in the level design mode, Super Mario Maker is a ton of fun. Even if you just want to buy the game to play levels designed by other gamers around the world, you could be pleasantly surprised! For Super Mario Bros. fans, this is a must buy.

UFO - The Releases from the pre-Michael ...