Home›Reviews›Korn with Suicide Silence and Islander - Nu Metal Mayhem at the House of Blues!

Korn with Suicide Silence and Islander - Nu Metal Mayhem at the House of Blues! 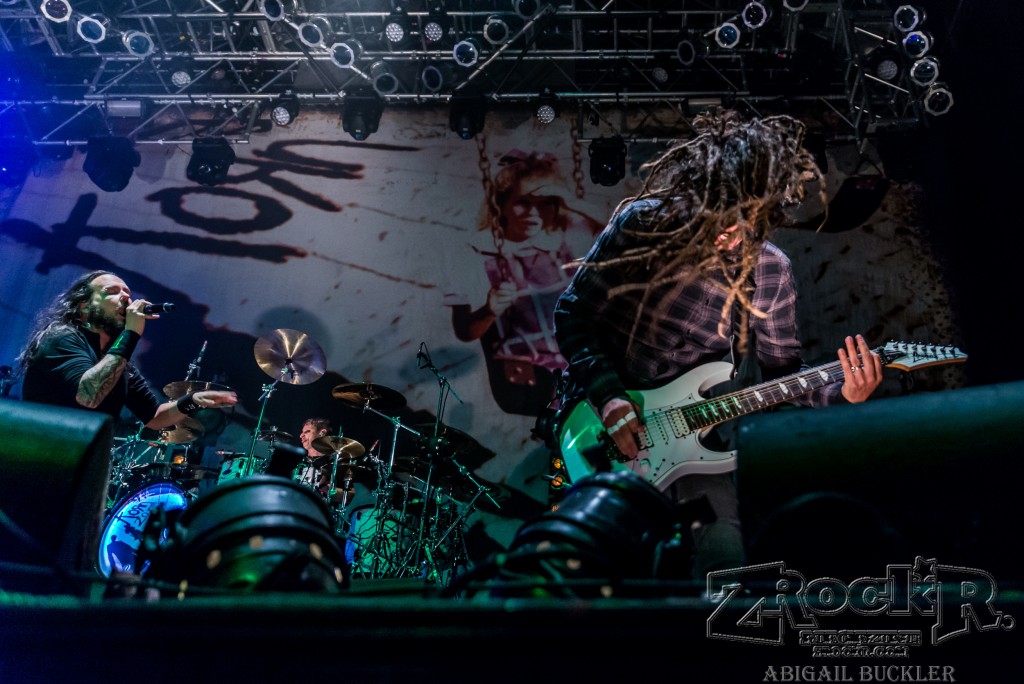 90s nu-metal greats Korn paid a visit to the House of Blues in Las Vegas on Friday, October 23, 2015. Celebrating two decades since the release of their debut album, the group has been touring, performing that classic record in its entirety, coupled with encores of hits from their later records. Countless studio albums later, the Bakersfield-based band remains wildly successful and popular, packing venues and entertaining their fans.

I will be the first to admit; I am not a huge follower of nu-metal type bands; this was a show that was definitely out of my usual musical tastes. Anyone who knows me knows that my interests primarily lie in classic rock and classic hard rock/metal. That said, I am certainly not above branching out musically. As Korn is an influential band, jumpstaring the nu-metal revolution and spawning hundreds of imitators, they are definitely the best at what they do. That is part of the reason that this fan was enthusiastic for the show nonetheless.

One interesting thing about shows like this is seeing what kinds of bands are on the bill as support acts. Korn had not one but two support bands backing them up at this House of Blues show; even during the support acts the venue was jammed to the gills, with wall-to-wall foot traffic and little breathing space! Clearly, the Korn name still draws in a massive amount of followers, and the fact that there are people here that seemed to know the support bands should speak volumes for their own music as well.

Islander kicked off the show, and right from the get go, these guys had the audience enthralled, this attendee included. In fact, for me, this set was the highlight of the evening. If the drummer’s light-up drum kit did not get the attention of audience members, their frontman’s antics and performance style certainly did. At two points in the set, this guy leapt into the crowd and was literally walking on top of the audience, in their hands. 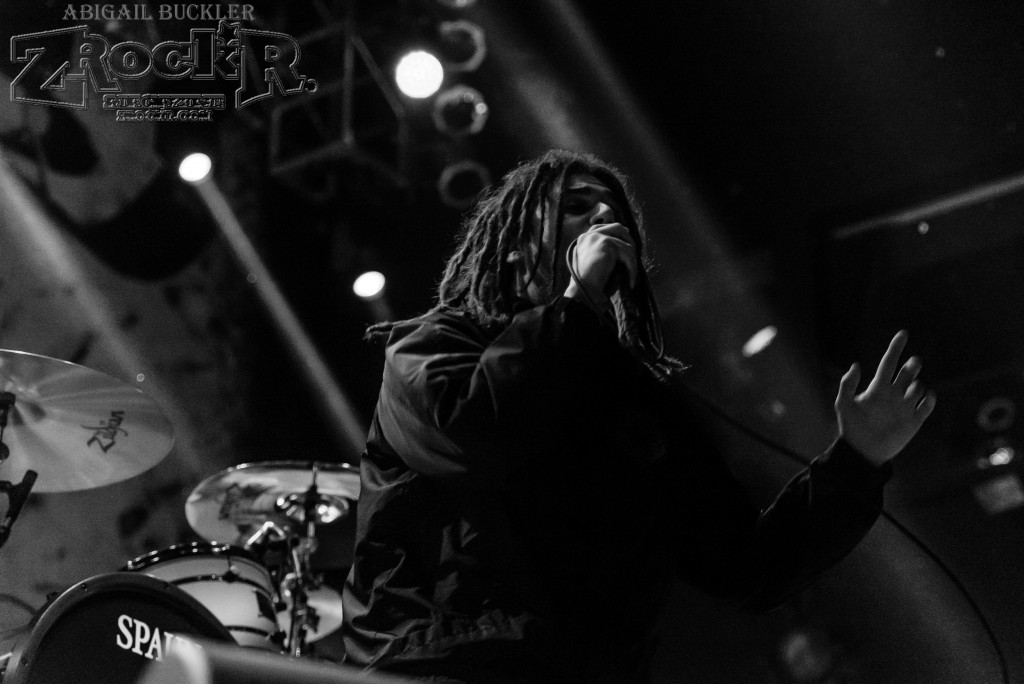 I love to see a frontman that can command an audience, and this guy definitely took it to a new level. The group had a diverse sound that took the best elements of the nu-metal style bands, only rarely descending into over-the-top screaming territory. At large, this was a satisfying set, and it definitely helped to set the tone for the rest of the evening. This is a band I will be keeping my eye on in the future!

Suicide Silence was the second of the opening acts. I was definitely impressed by the musicianship at hand here with these guys; the guitar playing from the band was another highlight of the evening. These guys were hard and heavy throughout their set, relentless as could be. Sadly, the horrible vocals prevented me from enjoying this set as much as the others of the evening. Having a frontman who made every single word he sang sound like the shrieking of a nine year old throwing a temper tantrum did not help things. 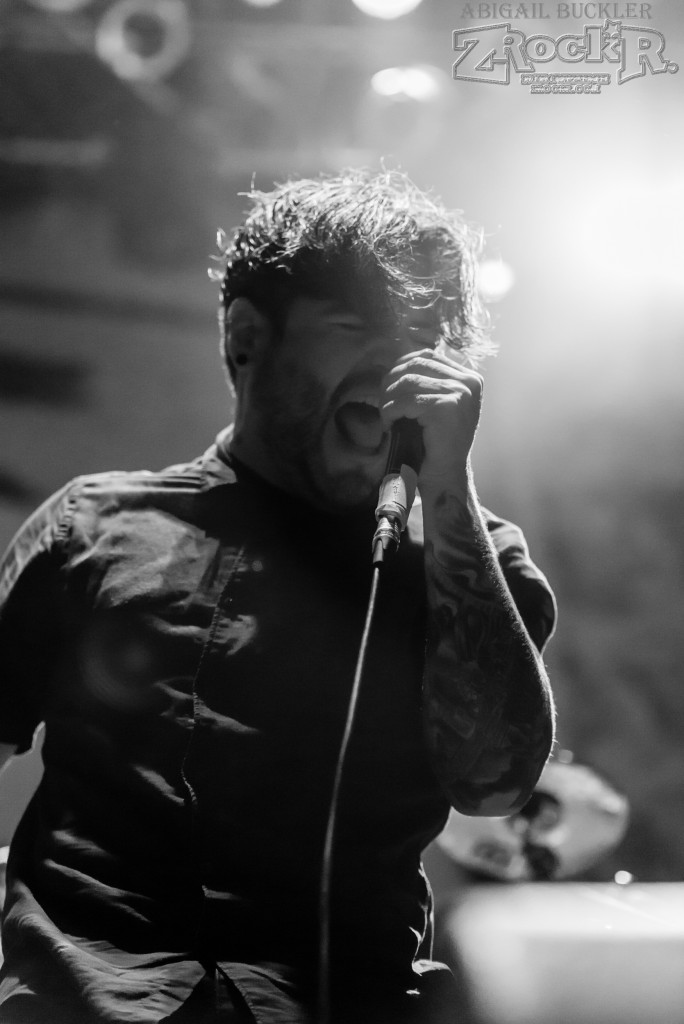 This is a shame, because the rest of the band has a great sound going, channeling the best of Bay Area-style thrash, and modernizing it. With a different singer (or their current one not going so over the top with his vocals) these guys could definitely become something great.

Of course, it is Korn that drew this massive crowd to the House of Blues. Ever since putting out that first album way back in 1994, their following has remained huge. None of the imitators they have spawned over the years have come close to channeling their sound and their mainstream success. With only minimal lineup changes and consistent album releases over the years, it is clear that this is a group here to stay, as their performance here proved.

With the anniversary of the band’s debut (hard to believe it has been two decades!), the group has taken to playing the entire album in concert, plus a handful of encores of other hits. This was an audience clearly enthused at the prospect of the band paying tribute to the record where it all began. 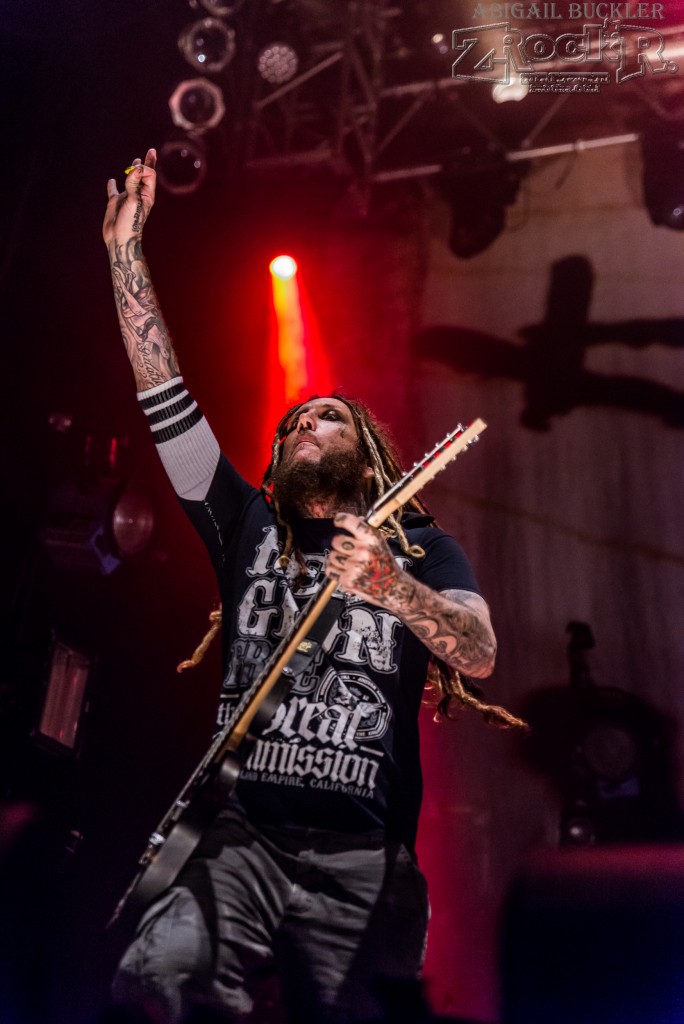 The group did not disappoint, playing this iconic classic record from start to finish. They were true to the sounds of the album, but clearly kicked things into high gear for their live audience, which was packed from wall to wall. Jonathan Davis even played bagpipes on one track; this could easily have been accomplished with a sampled, recorded sound, but I was glad to see the extra effort. These songs all sounded as fresh, heavy, and solid as they did back when they first came out in 1994. The band was on top of things throughout! 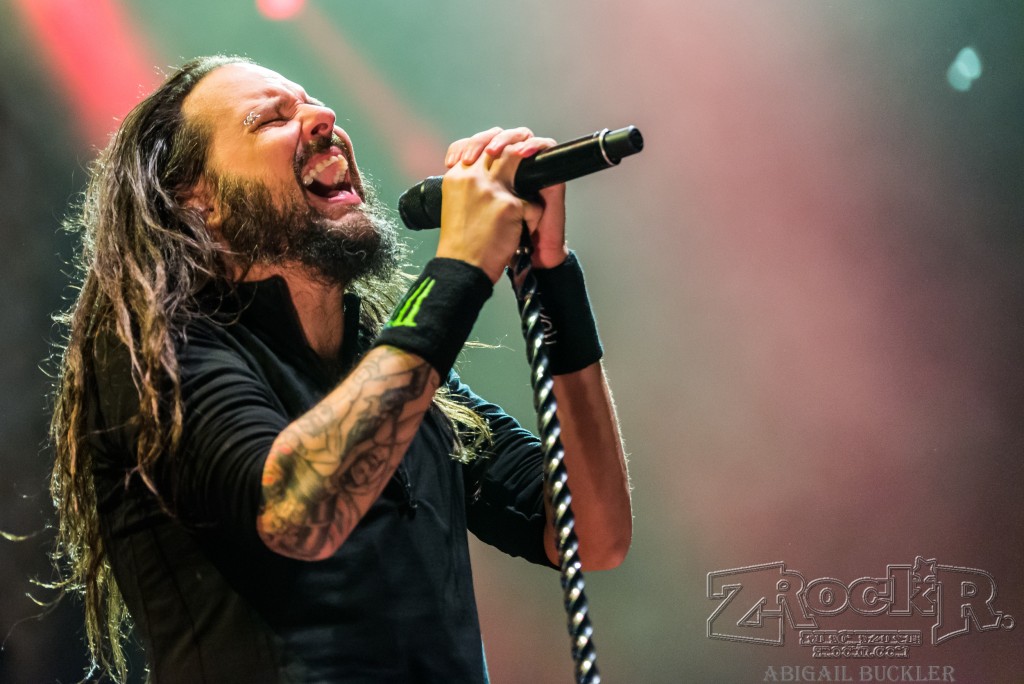 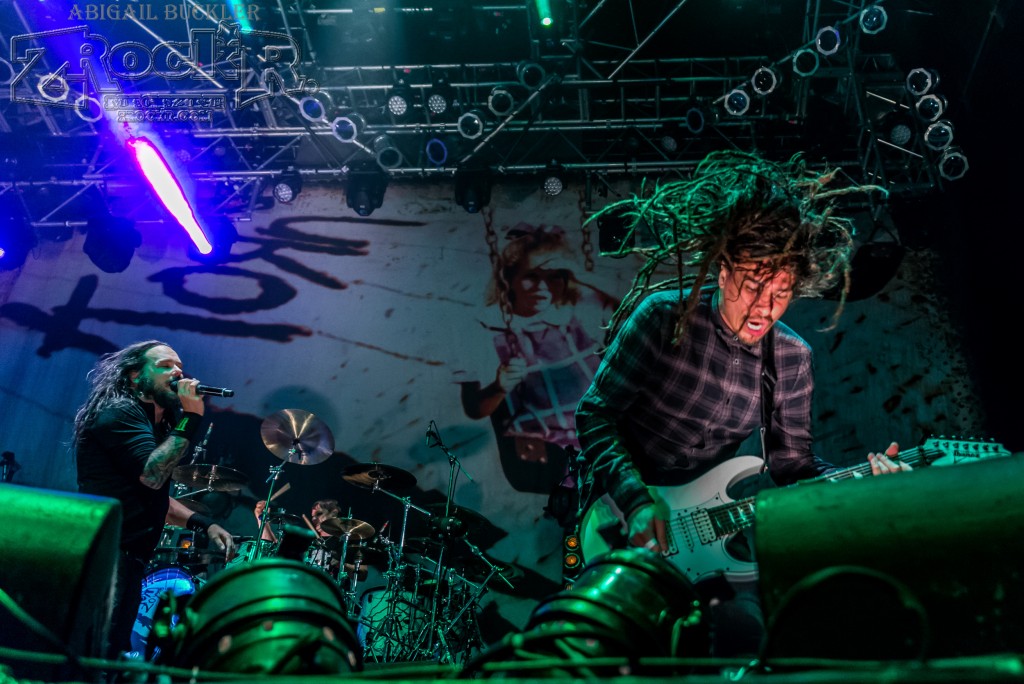 James "Munky" Shaffer ripping it up at HoB

The series of encores, including classic hits like “Falling Away from Me” and “Freak on a Leash,” closed things out perfectly. The one hit that was criminally omitted was “Got the Life,” but this is a minor complaint overall.

It was great to finally be able to hear Korn doing their thing in a live setting, even though the masses of fans made it difficult to see the stage. The support acts definitely added something to the evening as well. Korn is giving audiences what they want with their performances of this classic record done up in its entirety, plus other hits from their career. A fan of the band will definitely want to catch the band live on this tour! 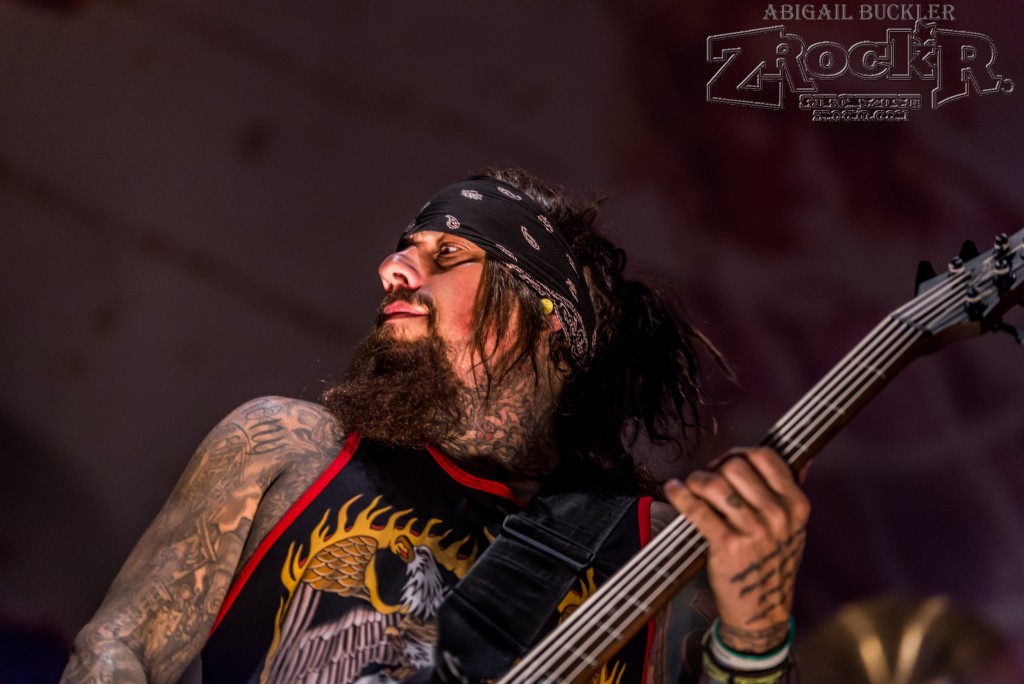 " Fieldy" - some of the most wicked basslines in rock 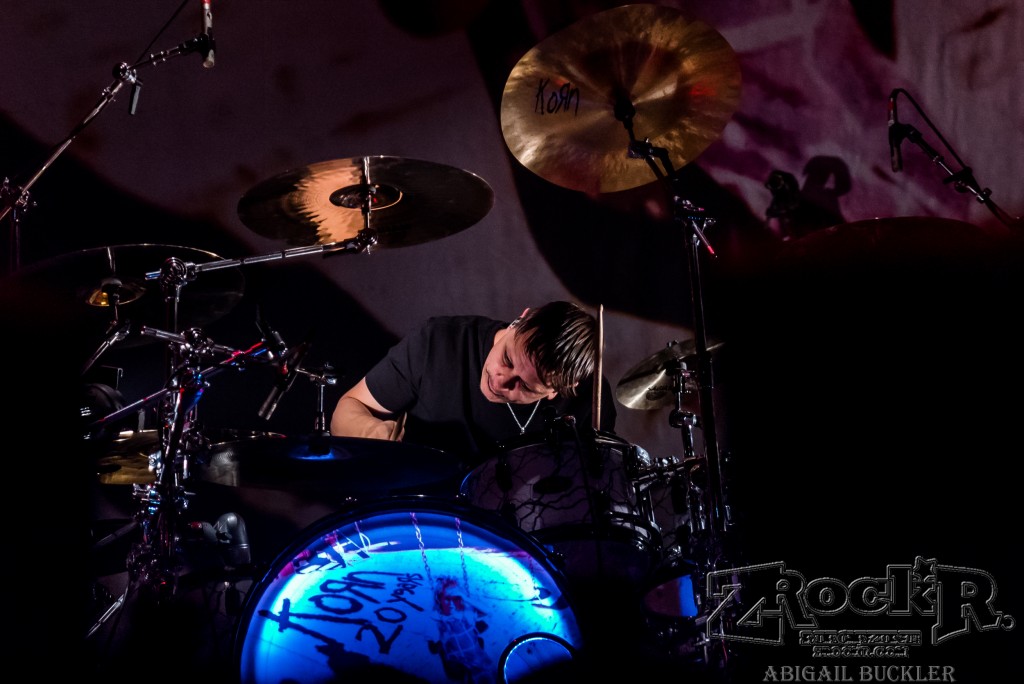