The "Ghostly Halloween" Contest is Now Closed- Winner To Be Announced This Thursday on ZRock'R Magazine LIVE! 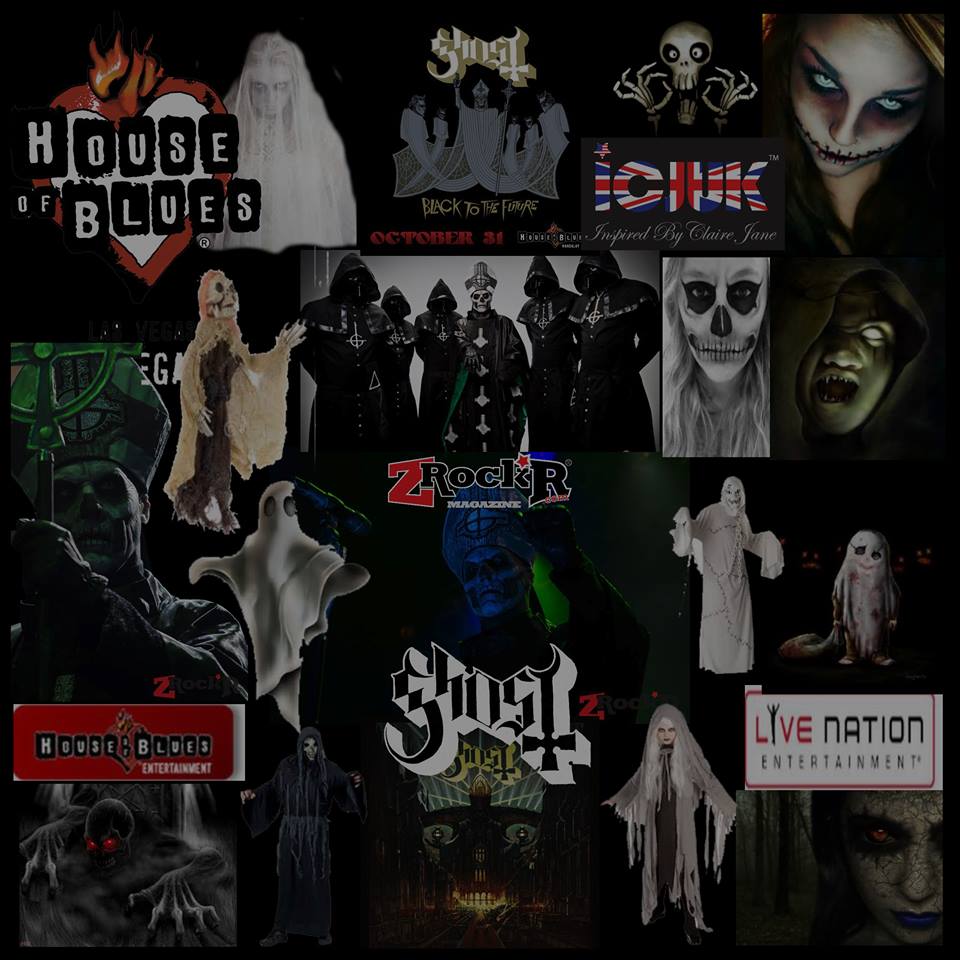 THE CONTEST IS NOW CLOSED!
Zrock'R Magazine, House of Blues Las Vegas, Live Nation Las Vegas, andICJUK have put together one awesome contest for you for Halloween! Grand prize is dinner at the House of Blues for 2, followed by a very special ceremony from Ghost ( support for them that night is Purson ) and to make the night more memorable- The winner and their guest will each receive the exclusive ICJUK/ZRock'R shirt courtesy of ICJUK and so the winner can listen to the new music from Papa and the Ghouls, the winner will get a copy of the Meliora disc as well! Runner up will get the special ICJUK/ ZRock'R shirt and a copy of the Ghost- Meliora disc and the consolation prize winner will get a ZRock'R shirt. To commemorate the night- all entries will get the special limited edition ZRock'R button we had made to celebrate Ghost's return to Vegas this Halloween. Thank you all for entering! Now make sure you tune into ZRock'R Magazine LIVE on LV Rocks Radio THIS THURSDAY for a very special Halloween show and the announcement of the winners!
HAPPY HALLOWEEN! And remember!
If you have Ghosts- you have everything....

Korn with Suicide Silence and Islander - ...