Before I head deep into this review, I feel like it must be stated that I absolutely love the early years of Sepultura.  I believe that Beneath the Remains is one of the greatest thrash albums of all time. I stepped into this show honestly expecting the worst out of the band considering the stylistic change of the music, and the simple fact that I think that Max Cavalera was Sepultura, and that he can not be replaced. I still do believe this.  However, I will get into greater detail as to why their performance was actually quite good.

The night started out pretty ritualistic for me as it does at every metal show I go to. I start off with a beer, and extend my attention to the locals performing first. A shout out to Levitron, Pillars of Creation, and Spun in Darkness for laying down their sets, showing that local bands give a shit. We get past the local bands, at this point I am a few beers in, enjoying the heavy atmosphere in the air, and we approach our first headlining band. 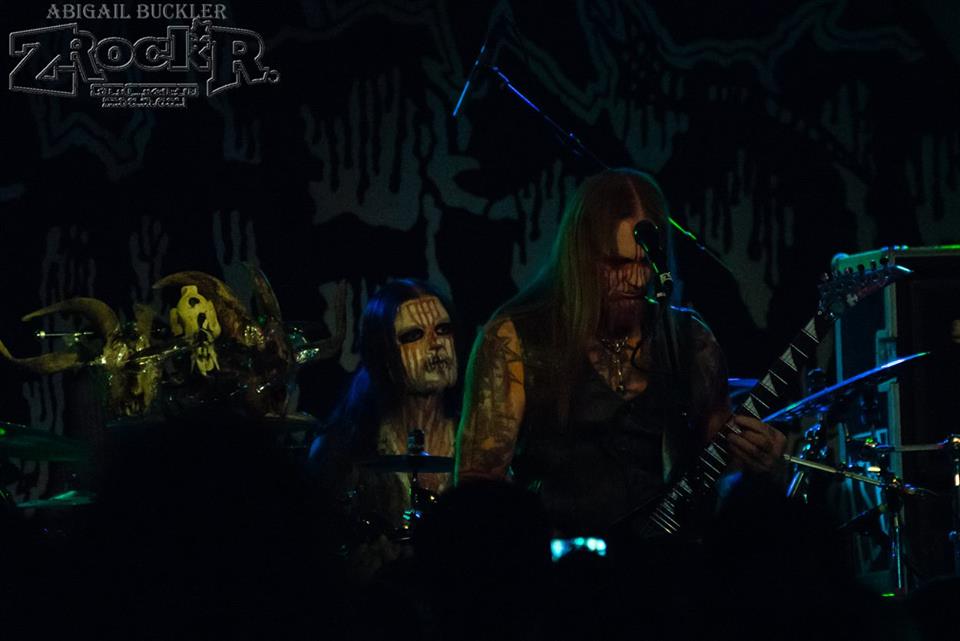 I must say, I was extremely unimpressed with Belphegor. I do understand the image that goes with the style of music that is trying to be portrayed, however, it was done in an especially cheesy, and predictable manner. Coming from a fan of the old school style of black metal, and the early Norwegian black metal scene, I feel a sense of ambiguousness within their music. On one hand, they seem to be trying exceptionally hard to show that they are “kult” enough for their followers. On the other hand, they are trying to blend in generic, tasteless riffs and predictable  song structures with their sense of what the genre should be like.  Retrospectively, I did not seem to enjoy Belphegor. I discovered them years ago, when I was first getting into the “Black Metal” genre,  and I thought I would enjoy seeing them. But it was nothing more than fallacious. 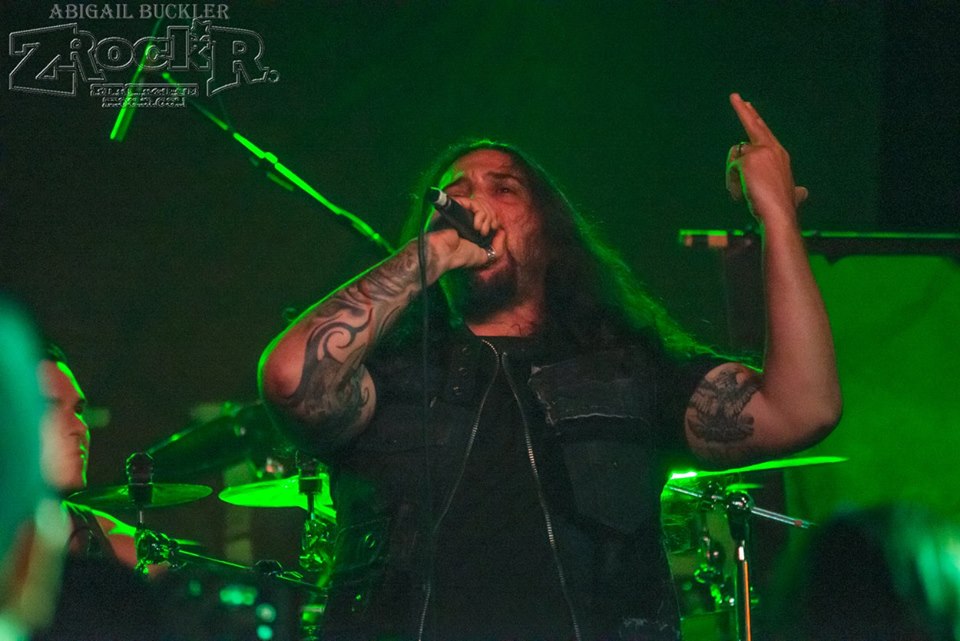 Next on the list was a band called Kataklysm. These guys that hail from Quebec, Canada, are in my opinion, definitely one of the better death metal bands that have emerged from the Canadian death metal scene. (Besides the remnants of early Cryptopsy, but that is a different story).  I started listening to these guys around the time “Prevail” was released back in 2008.  I instantly took an ear to these guys, and they were one of the legs that held me up while I was discovering other, more complex forms of Death metal. I do give them lots of respect for being around for as long as they have been, and continuously making good music.  Seeing them was more of a relief, and a sense of nostalgia that I never actually experienced.  I was definitely impressed with their setlist, and their stage performance. I was not impressed with the lack of movement that was shown in the audience. You guys need to move more.  I am starting to feel like an idiot trying to start drunken mosh pits. So help me out and show some compassion. 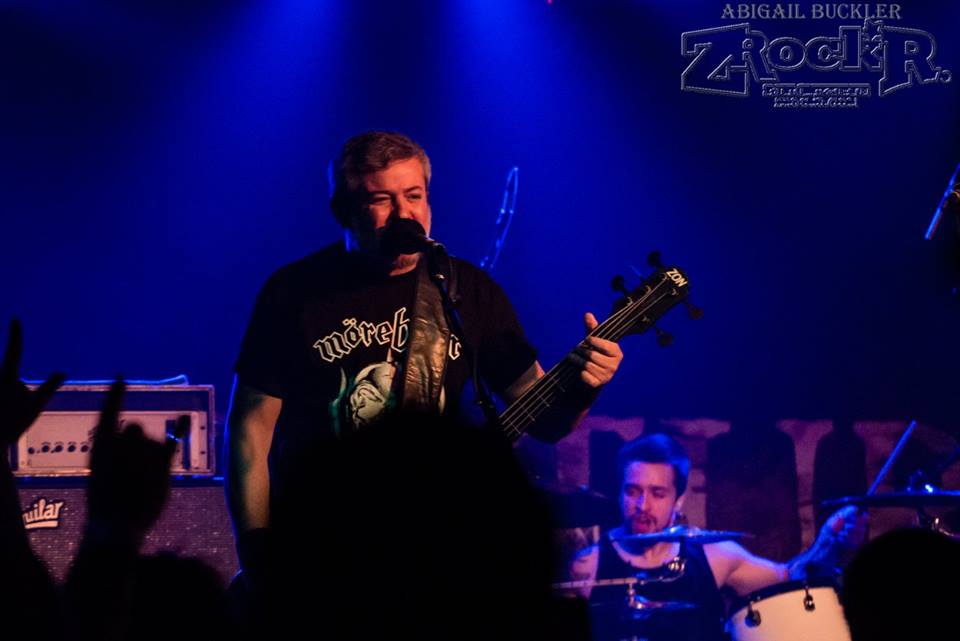 Sepultura. I can’t state enough how much I was expecting inadequacy in their performance. I was proven wrong, and admittedly, I am completely okay with this. I was expecting a plethora of nothing but new material. One thing that I did not take into consideration was that they were celebrating thirty years of Sepultura. This was quite possibly the motive for playing a lot more of their early material. As much as I do not like Sepultura’s more recent material, I am a big fan of Andreas Kisser, and it was quite a treat to see him play, regardless of the material I thought he was going to perform. Another thing that I also admit is that I was expecting a pure crapfest from vocalist Derrick Green. Once again, I was actually impressed with the guy and his vocal abilities. He is no Max Cavalera, by any means. I went pretty apeshit for “Inner Self”. 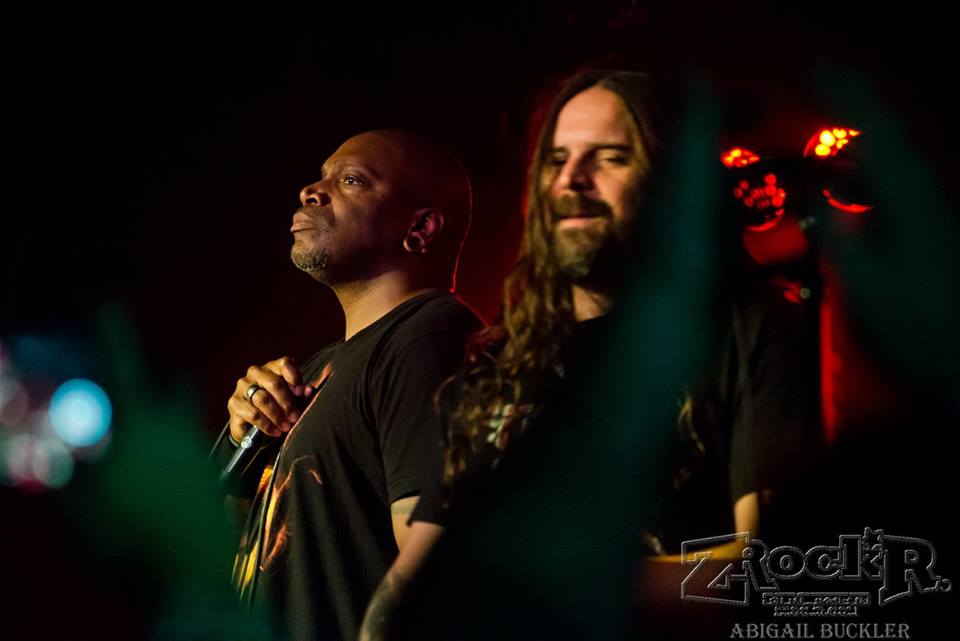 Like I had stated numerous times, I was not expecting them to play anything from Beneath the Remains, Schizophrenia, or Morbid Visions. These three albums are respectively Sepulturas strongest offerings, and most intricate material. So yeah, the alcohol assisted my small feeling of euphoria while my ear pussy was getting dominated by “Troops of Doom”, “Dead Embryonic Cells”, “Inner Self”, “Arise”, and “From the Past Comes to Storm”. Not to mention I had a beautiful blonde next to me during Sepulturas set.  It was quite a righteous feeling. Unfortunately, there was not a lot of move movement for them either. Let's work on that Vegas. It might make bands want to come back here. 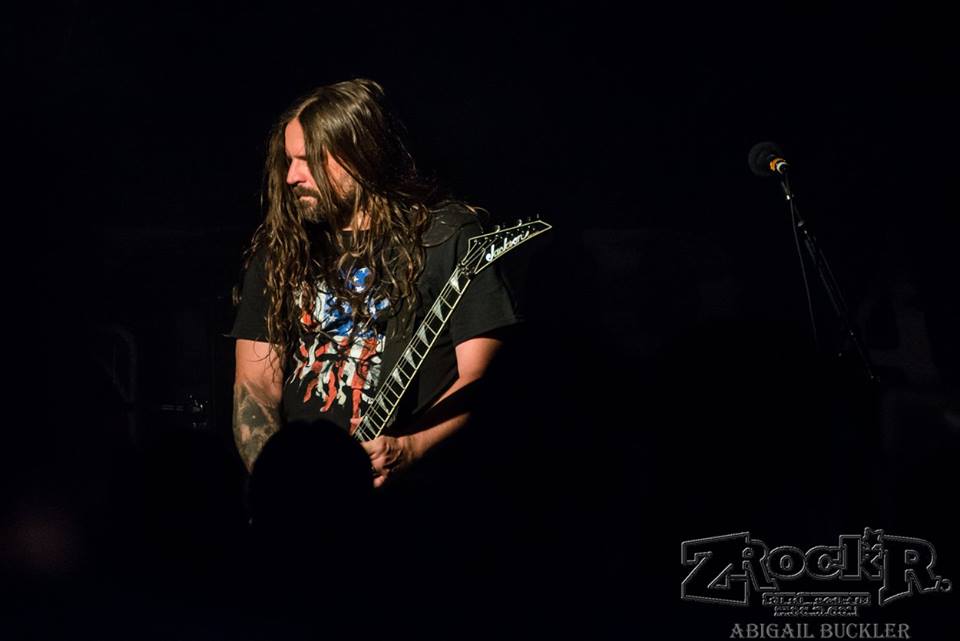 I say this to many people.  I am a firm believer that Sepultura should be in the “Big 4” of thrash metal.  These guys have shown that not only they had the ability to create some heavy ass headbanging tunes, but have also shown that Brazil has balls.  Throughout the years they have proven that they have what it takes to play alongside huge metal acts. Their most recent Rock In Rio performance was only proof of their deserving.  I recommend you go see these guys if you ever have a chance. You will not be crestfallen.

Rainbow - Revisiting Down to Earth, Featuring ...