Sin City KISS – The Demon, the Starchild, the Spaceman, and the Catman on Stage at Babes!

You wanted the best, you got the best! October 24, 2015 saw the return of Sin City KISS to Babes Rockin’ Sports Bar.

There are countless tribute bands in Las Vegas; a good many of them being KISS tributes. Those iconic, makeup-clad rock and rollers have been doing their thing for over four decades, and it is not surprising in the least to see the sheer magnitude of tribute acts they have spawned. Sin City KISS remains the most popular of their kind in the Vegas Valley, and with good reason.

Over the years there have been some changes in Sin City KISS members, with the two most consistent personnel being Luis Reyes as Gene Simmons, and Steve Mitchell as Paul Stanley. The group also features Carl Ciadella as Peter Criss, and Mark Hermansen as Ace Frehley.

This was a special night for the band, as ads and promos for the show claimed that this would be a set comprised largely of KISS deep cuts, and not just the big hits. As a pre-Halloween show also comprising a costume contest, it was one that drew in no shortage of KISS maniacs! The sports bar side of the venue used for concerts was jammed throughout the course of the night with countless fans looking to rock and roll.

I have seen Sin City KISS a few times over the years, though largely when they have appeared as a part of other events, such as the annual KISS Night in Las Vegas event held at Vamp’d every August. That said, I was eager to head to Babes and experience the band as the headliner, in which it was their show, their setlist, and no annoying time constraints or requirements to play only the big hits.

In all of those regards, the audience will agree that the quartet succeeded and then some.

There are a number of KISS tribute bands that have been playing Vegas over the years. I cannot say that I have seen each and every one of them, and many of them are long gone. Sin City KISS, I am proud to say, is a group that more than lives up to the hype built around them, and delivers in more ways than one. The band goes out of their way to produce quality costumes that represent their respective KISS characters; perhaps more so than any other locally based KISS group I have seen. The group also takes the time to learn the material, and performs it in a format true to the original band’s recordings and performances; that unto itself can be a difficult feat to accomplish.

One thing the group stressed throughout the night is that not only would be be a nice selection of deep cuts from the KISS catalogue, but that there would also be many of the band’s classic hit standards, as heard on the Alive! live record from 1975; this is the album that truly broke the band and catapulted them into mainstream stardom in America and beyond. The Sin City KISS boys definitely encapsulate this feeling of early, classic KISS, and they showed it in their performance, their setlist, their looks, and everything else. Accomplishing the theatrics of a KISS show on a small stage like the one at Babes is a challenge, but the group did their best here with the limited space and the demands of what such a show requires. The band incorporated the use of smoke machines, including ones that blew smoke straight up, helping to give an ominous feel to the on-stage performance despite the obvious limitations of the setting. The group knows what they are doing, and never let you think otherwise for a second. 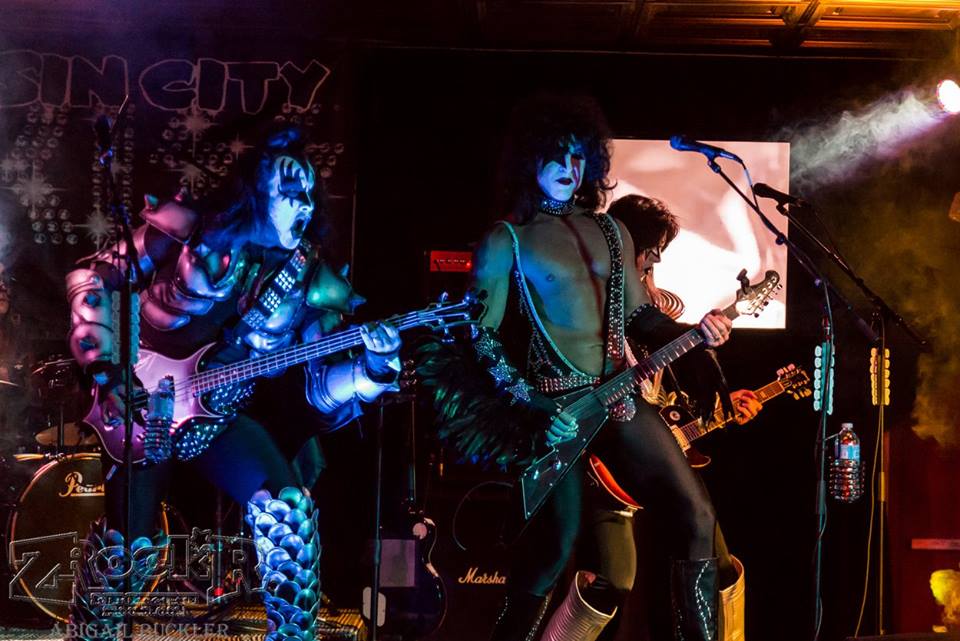 So, what did the band play? That is the question that was likely on everyone’s mind who was planning on attending this show. Hits from the band’s classic era included classics like “Strutter,” “Deuce,” “Nothin’ to Lose,” “Got to Choose,” and “Hotter than Hell.” The deep cuts, which everyone attending was eager for, included forgotten classic gems like “Parasite,” “Then She Kissed Me,” “I,” and “She,” all of which rank amongst some of the band’s best cuts that are not heard enough. Another surprise was actually hearing some songs off the band’s latest studio release, 2012’s Monster, showing that this is a band not content with just doing the old KISS material. The fact that Sin City KISS can do it all justice continues to bring them much acclaim on the Vegas scene as a band capable of doing justice to the classics.

Throughout it all, Sin City KISS held the attention of the crowd and then some. This was a fantastic performance, featuring musicians who encapsulate everything that made the classic KISS era great, with the on-stage performance and looks to back it all up. This quartet is one that never fails to please in any regard, and this makes them a must-see for any fan of the group, young or old alike. 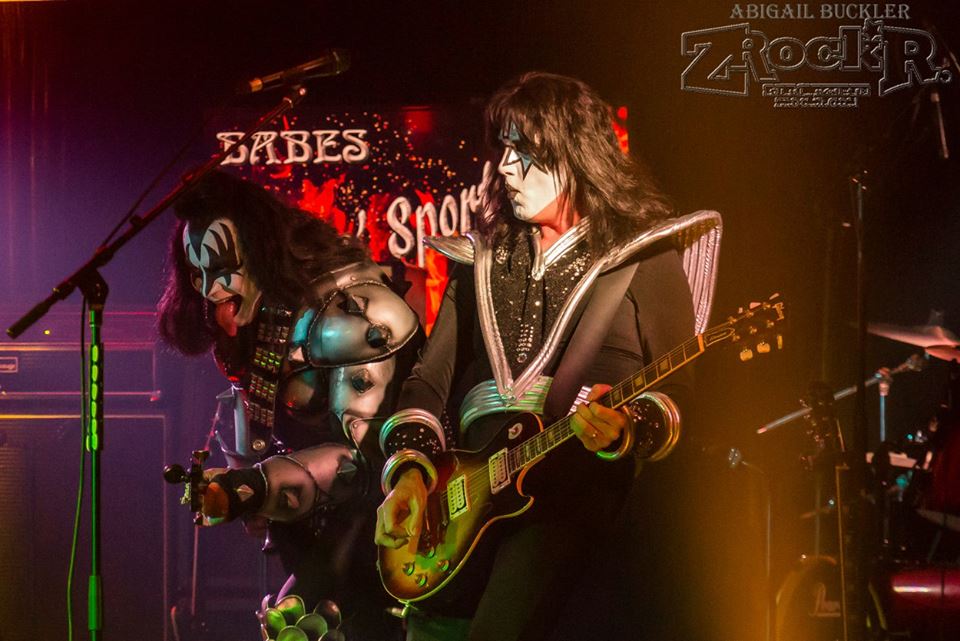 NOTE: The following video is NOT from the performance being reviewed here, but does give a good idea of what one can expect at a Sin City KISS show.