The Zombies - British Invasion Favorites Return with Still Got That Hunger!

In the 60s British Invasion, the Zombies had their share of pop hits in the form of “She’s Not There,” “Tell Her No," and “Time of the Season,” all of which continue to stack up as some of the best songs of the era. Sadly, the group disbanded almost as quickly as they had gotten together, never quite getting the recognition they deserve in their heyday. The individual musicians went on to their own projects, including Rod Argent’s band Argent, and vocalist Colin Blunstone’s collaborations with the Alan Parsons Project.

Over the years, there have been sporadic attempts at Zombies reunions, though these have often just been “one shots” with no real lasting reunion (after all, these guys keep busy). That said, Blunstone and Argent are still making music and playing shows. Still Got That Hunger, released in October 2015, was funded via the crowdfunding site PledgeMusic, establishing that the band still has a loyal following of fans around the globe.

This is the sixth official studio album from the Zombies (they actually only released two full length albums in their 60s heyday), and needless to say, fans have been both eager and skeptical at the same time for the new release from the duo of Blunstone and Argent. “Reunion” albums can be a risky proposition, but this has not stopped the Zombies from attempting it on numerous occasions since the early 1990s, with a mixed reception from critics and fans. How does Still Got That Hunger measure up? 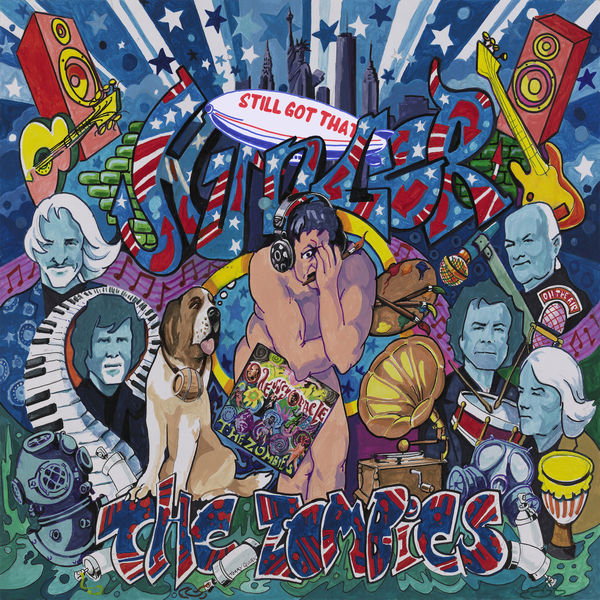 Still Got That Hunger is the latest album from the Zombies!

There are only 10 tracks and about 37 minutes worth of music on this album, but in that fairly limited duration, Blunstone and Argent serve up a solid mix of pop-rock tunes. It is a surprisingly diverse record; the classic British Invasion artists stay true to their classic sound, but also bring in more mature and modern elements, so the album does not just feel like a blatant clone of the old days. There is a lot of love about Still Got That Hunger, as any fan who listens will quickly discover for themselves.

The band does a superb job of getting your attention with the bluesy rocking opening cut “Moving On,” which is an all-around great performance from the band. If not for the more modern-ish production, a song like “Chasing the Past” could have been right at home on one of the band’s original 60s albums or singles. “New York” is great pop song, detailing the band’s first experiences on American soil as a band. The remake of “I Want You Back Again” is more mature and produced than the original, and actually comes across as a solid rendition despite my initial doubts. “And We Were Young Again” sounds like something that would be at home on a Steely Dan album, which goes to show how musically diverse the band manages to be on this album. “Maybe Tomorrow” (not a cover of the Badfinger song) is a great, upbeat pop song that was one of my personal favorites on the record. Another great cut comes in the form of closing track “Beyond the Borderline,” which is another one of the more mature songs, but it is no less excellent than anything else found here.

The end results speak for themselves. The Zombies name is in good hands with Blunstone and Argent putting out this new record. Will it stand the test of time like their classic 60s material? Only time will tell, but old fans checking out this album should be pleasantly surprised by what the band serves up here. Still Got That Hunger absolutely comes recommended!