The Rise of the Empire - Solid Compilation of Star Wars Novels and Short Stories! 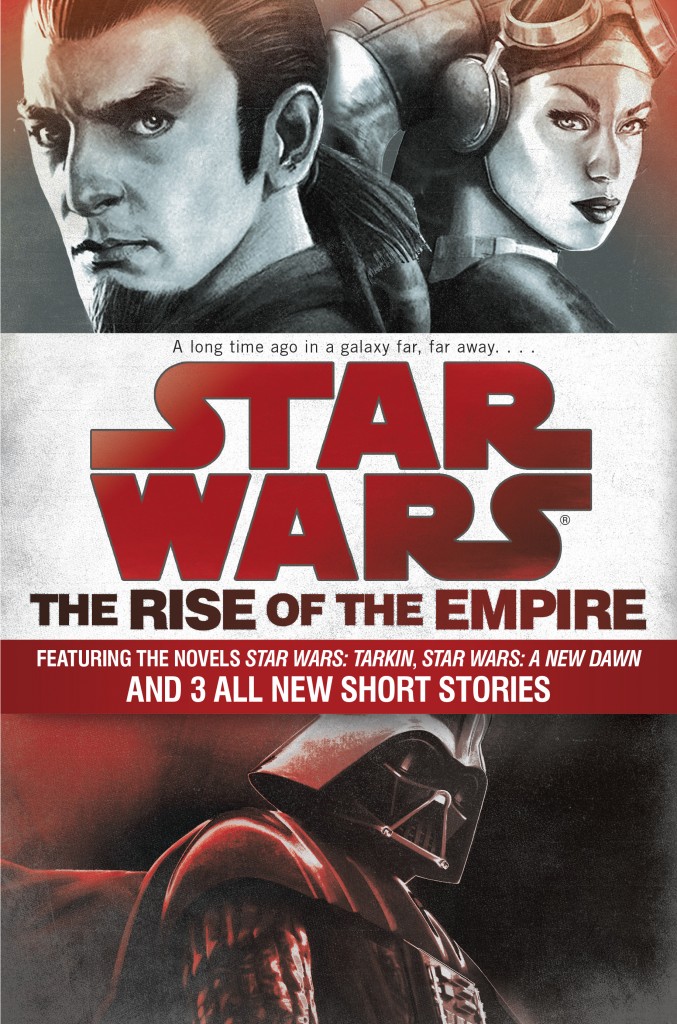 The Rise of the Empire is a compilation of two previously released novels, and three new short stories.

With the release of Star Wars Episode VII – The Force Awakens coming up in a mere month, fans of the Star Wars franchise have been looking for ways to satiate their hunger for stories in a Galaxy Far Far Away in the meantime. With the rebranding of the former Expanded Universe as Star Wars Legends and all new productions being considered official and canon (while the older ones are no longer), there have been plenty of interesting new canon stores, in books, comics, television series, and other media as well.

The Rise of the Empire is a new paperback compilation of the novels Tarkin and A New Dawn, along with three brand new short stories (currently) exclusive to this collection. With an MSRP of just $15, this book is a great value; you get two full length novels and three short story for about half what you would pay for a new hardcover book. How do the stories here measure up, and is this a compilation book that fans will want to purchase?

Short story - Mercy Mission by Melissa Scott
Set a year after the Lords of the Sith novel (roughly five or six years after Star Wars Episode III – Revenge of the Sith), this story features the Twi’lek Hera Syndulla (eventually one of the heroes of the Star Wars Rebels animated series) returning to her home planet of Ryloth along with a hired group, in an effort to deliver difficult to attain medical supplies to their people. Unfortunately, the planet is now largely under Imperial control, and the local Moff takes notice when their ship veers of course on its mission. When an injury impairs the pilot’s ability to fly the ship, it is up to young Hera to step up to the challenge.

This is a decent story, though admittedly probably my least favorite in the collection. It is good to be able to see young Hera, long before her exploits in Star Wars Rebels, and the tale does a good job of building suspense despite its short length, but in that brief duration, too many characters are thrown at us and we do not get the time to bond with them that we should. The result is that, while the story is good at giving suspense to its readers, we are made to care less because there are too many one-dimensional characters to keep track of. It is a quick read (like most of the short stories in this collection) and worth checking out at least once. Just do not expect to be revisiting this one as much as the others. When Lords of the Sith is reprinted in paperback, this story should be included as a bonus there. 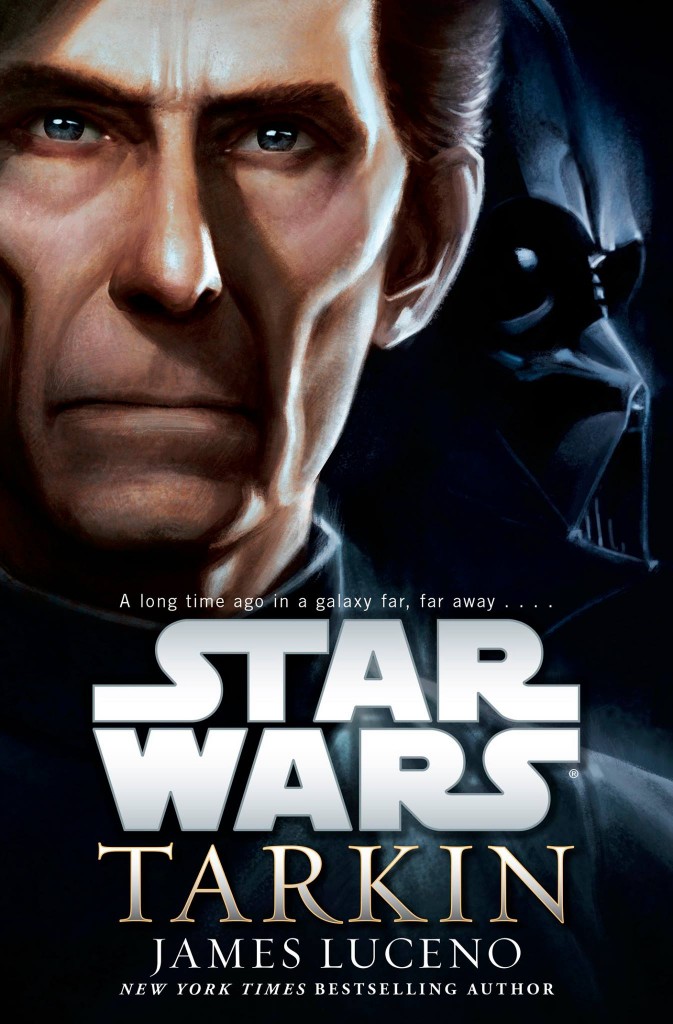 Tarkin is written by James Luceno, and is set roughly five years after Star Wars Episode III: Revenge of the Sith.

Novel - Tarkin by James Luceno
It has been five years since the Clone Wars ended. The Jedi Knights are no more, and the Empire is on the rise. Wilhuff Tarkin has become one of the Emperor’s most trusted confidants, and accompanies the Emperor’s lead enforcer, Darth Vader, on a mission to a faraway world. Once there, Tarkin’s flagship, the Carrion Spike, is stolen by outlaws who have their own grudges against the Empire. It is up to Tarkin and Vader to use their respective skills to track down the infidels before they can do any serious damage. The story also explores Tarkin’s past, including his youth, and growing into his position of power with the Empire.

Although he only appeared on the big screen in a substantial role in Star Wars Episode IV – A New Hope (the original 1977 film, played by Peter Cushing), Grand Moff Wilhuff Tarkin is a character that has remained a fan favorite for decades. This story not only shows us what Tarkin was up to during the years that followed the Clone Wars, but we also get to see the experiences of his youth that shaped him into the man who became one of the Empire’s top officials.

Luceno is one of my favorite Star Wars authors, his previous novel Darth Plagueis (relegated to the now non-canon Star Wars Legends continuity now) was the best in years and it is good to see him giving Wilhuff Tarkin this same treatment. Despite its relative brevity, the story does a great job exploring Tarkin’s character; the chemistry between him and Darth Vader makes for some of the most interesting interaction between characters in the Star Wars Expanded Universe of recent years. The novel is definitely the high point of this collection, and probably my favorite Star Wars novel in the new canon continuity so far.

Short Story - Bottleneck by John Jackson Miller
Set prior to A New Dawn (roughly five or six years prior to Star Wars Episode IV – A New Hope), this new short story serves as something of a bridge between Tarkin and A New Dawn. The Empire has grown faster than anyone expected, and the production of Stormtrooper armor on the factory worlds assigned to that task has been unable to meet the growing demand. Emperor Palpatine dispatches both Grand Moff Tarkin and one of his leading efficiency experts, the cyborg Count Vidian, to this planet to see to it that things are set straight. Despite their initial disdain for each other, the pair learns to respect one another and work together to uncover a surprising conspiracy.

This short story deals with two Imperial characters going to a backwoods planet to see why there is a shortage in the production of Stormtrooper armor. That description may make this story seem boring, but it is anything but. In its limited duration, plenty happens. It also provides an early appearance for the Rae Sloane character, who plays a substantial role in A New Dawn and the new post-Return of the Jedi canon novel, Aftermath, as well as the last short story in this collection. It is interesting to see how Tarkin and Vidian end up working alongside one another to solve the issues here; Miller has created another solid story that actually ends up making for a solid prequel to his full length novel that follows (and this fan would argue that, in terms of quality, it actually exceeds its full-length follow-up!) 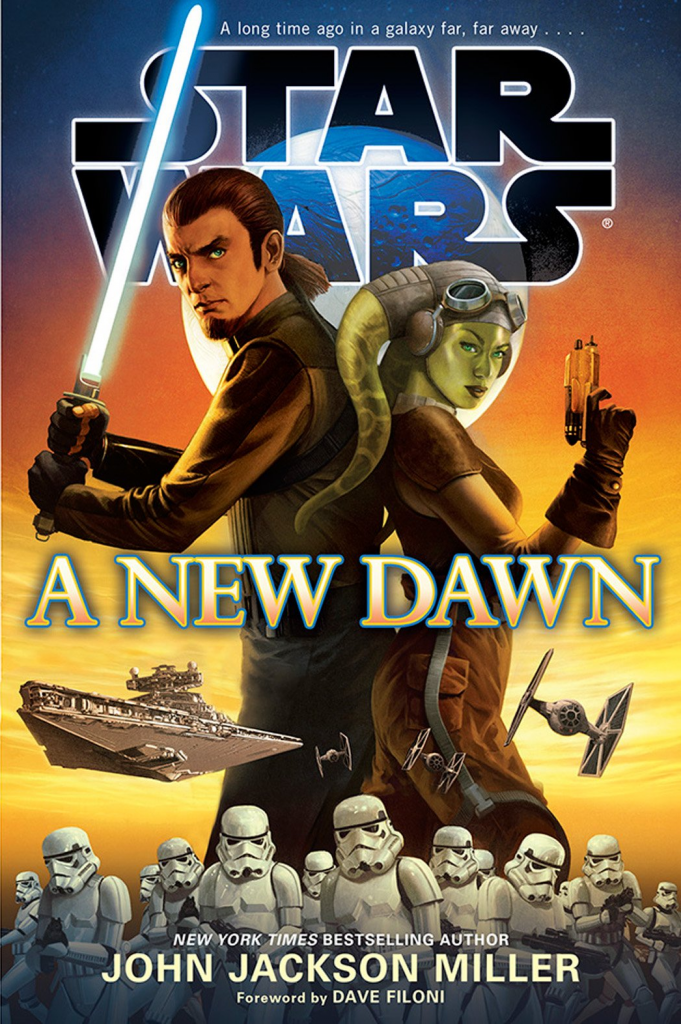 A New Dawn is written by John Jackson Miller, and takes place immediately prior to the Star Wars Rebels television series.

Novel - A New Dawn by John Jackson Miller
Hera Syndulla is looking to get out there and make a difference against the tyranny of the growing Galactic Empire. Her travels lead her to a barren, desolate planet with miners that are mining elements from a nearby moon for the Empire, which they can use on their massive space battleships. Her travels lead her to Kanan Jarrus, one of the mining crew, who is in secret a former Jedi Padawan that escaped Order 66. Teaming up with Kanan and a number of other members of the mining teams, Hera must work to combat a new scheme from the villainous Count Vidian – one that could have far more destructive and longer lasting consequences than anyone expects.

This was noteworthy for being the first (released) novel in the new canon, following the old Expanded Universe purge. It is the first real proper introduction to Hera Syndulla and Kanan Jarrus, both of whom play major roles on the Star Wars Rebels animated series. The story has potential, but unfortunately, is far too long and outstays its welcome. While there are some exciting action sequences and even some intriguing character development, there are also parts of it that are downright boring. The novel is a hundred pages longer than Tarkin, but actually seems to accomplish far LESS. You do not get to see Kanan using his lightsaber or the Force (aside from one brief moment I will not spoil) and many of the tertiary characters feel generic.

John Jackson Miller wrote some of the best novels in what is now called the Star Wars Legends continuity, including Kenobi. However the inconsistent tone and slow pace of this particular story make this fan wonder just how much creative control he actually had here. This is not a bad novel by any means and I still recommend reading it, but next to Tarkin, the other novel in the new canon included in this anthology, it just feels bland and mundane, like a Star Wars novel that is just going through the motions.

Short Story - The Levers of Power by Jason Fry
Rae Sloane, the Imperial captain that appeared in Bottleneck and A New Dawn, and has since appeared in the post-Return of the Jedi novel Aftermath, reappears in this short story. This time, a promoted Sloane is on the bridge of a Star Destroyer during the Battle of Endor, as the Rebels overrun the Empire, destroying its flagship and most powerful weapon of destruction. Sloane must contemplate the future of the Empire following this tragic defeat, and if there is to be one.

Of the three short stories featured in this collection, this one is by far the best. Sloane has proven to be a compelling character, and this story is integral to her development; this feels like a prelude/prequel of sorts to Aftermath. Seeing how she interacts with her crew and has flashbacks to the people who were an influence on her in the past gives this one some interesting elements seldom matched in the new Star Wars canon. When you read this story, you get to see the Battle of Endor from a newfound perspective, which puts an interesting spin on things. When Aftermath is reprinted as a paperback, this should be included as a bonus; it serves as the perfect setup for the post-Return of the Jedi tale.

Should you buy this collection even if you already own the novels contained within? I would have to say YES. In addition to getting both novels for one low price, you get the three short stories that are brand new and (currently) unavailable elsewhere.

The Rise of the Empire is a great collection of Star Wars literature, combining two full length novels and new short stories that fans are going to want to check out. A highly recommended purchase for anyone that calls themselves a Star Wars fan.