Vaginas and unicorns! Now that I have your attention, here's some words on Peaches' performance at Brooklyn Bowl. So, the production value of the show was a lot more minuscule than I had originally expected, but in no way is that a bad thing. I'm all about working with bare minimums and Peaches can get pretty bare. In fact, she worked her way almost down to it during her performance. I've never seen peaches before, but I have seen footage and it seems to switch up depending on what she's doing. 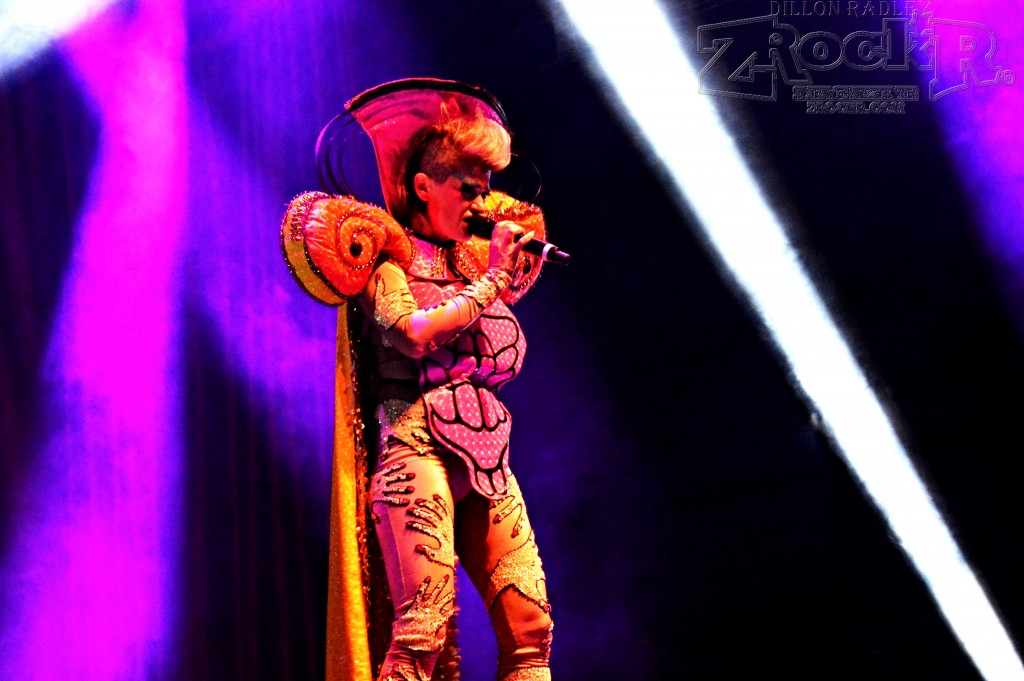 At her gig for the Brooklyn Bowl, Peaches acted as her own DJ and mixer and was back and fourth between leading the crowd in filthy dance/sing alongs and dry humping her mixing board (though I can't guarantee that the humping was in fact dry). She came out adorned in a one piece leotard with hands all over it as if they were caressing her body during the show. She also had a villainess fur coat with mannequin hands as decoration. To complete the look, she had an amazing mullet that was as if David Bowie had just been drinking all day at a Nascar event. She looked great. The performance was a blast. Interacting with the crowd, singing her lungs out, and being chased by two back up dancers dressed as unicorns. Earlier in the performance the same dancers were dressed as giant vaginas and were flapping their lips at the crowd. A little after mid set she was joined by another artist by the name of Christine. I had never heard of or seen this person, but from what I saw Christine was (a man) like an Iggy Pop attitude and way of moving dressed as a zombie party girl. Together they sang, danced, and even took the time to smell and sing into each others asses. 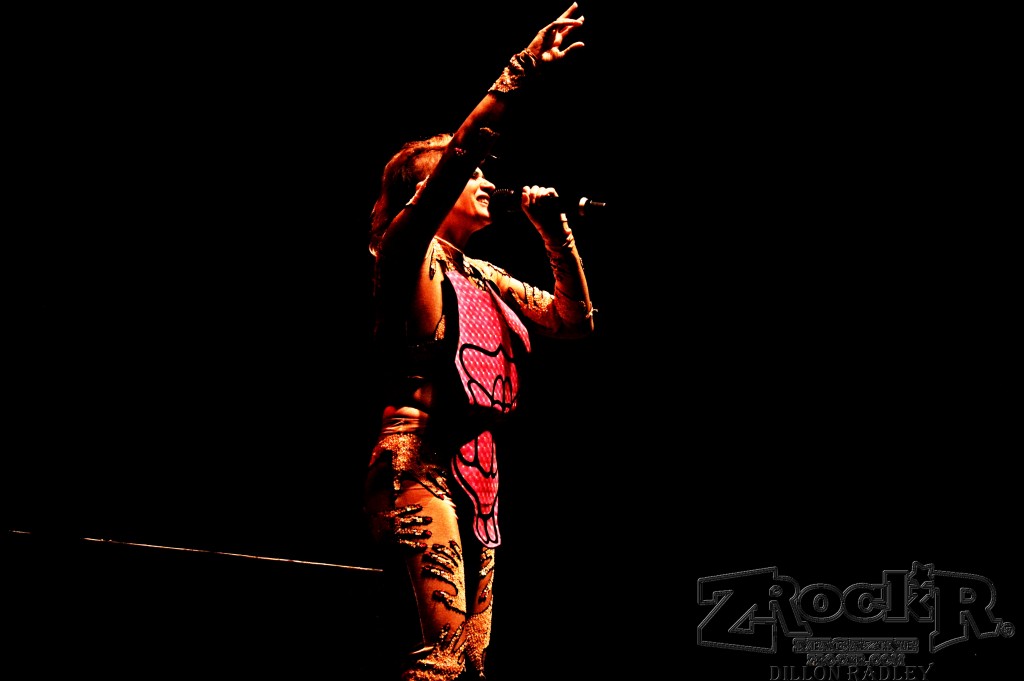 I was pretty impressed with the charisma they both had on stage and the ability to pump up the crowd on such a minimalist production scheme. Despite the minimal production, the show overall was a blast. I've loved Peaches for years, and everyone who I spoke to that was also at the show had nothing but good things to say. Overall, it was an amazing time, and I'm pretty stoked on seeing her again!