Home›Reviews›Sin City Sinners - Rocking the City of Sin with David Ellefson from Megadeth!

Sin City Sinners - Rocking the City of Sin with David Ellefson from Megadeth!

The Sinners are still rocking Sin City, eight years later. And the quartet shows no signs of letting up!

For the unfamiliar, the Sin City Sinners comprise the talents of lead vocalist Joshua Alan (BlackBox13), guitarist Michael “Doc” Ellis (Love/Hate), bassist Scotty Griffin (LA Guns), and drummer Blas Elias (Slaughter), though the band members often alternate vocal duties. The lineup has changed a few times over the years, but the group has recorded five CDs, with a sixth on the way. 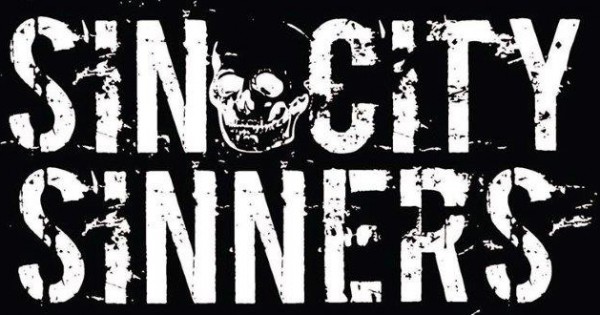 The band plays an assortment of original songs and various covers. One of the real attractions to Sin City Sinners shows is the fact that the group often has special guests sit in for a few songs. Guests this year so far have included members of Ratt, Twisted Sister, KISS, Night Ranger, and Rainbow. On this night, the band’s guest was a legend in the hard rock world – longtime Megadeth bassist and co-founder David Ellefson! 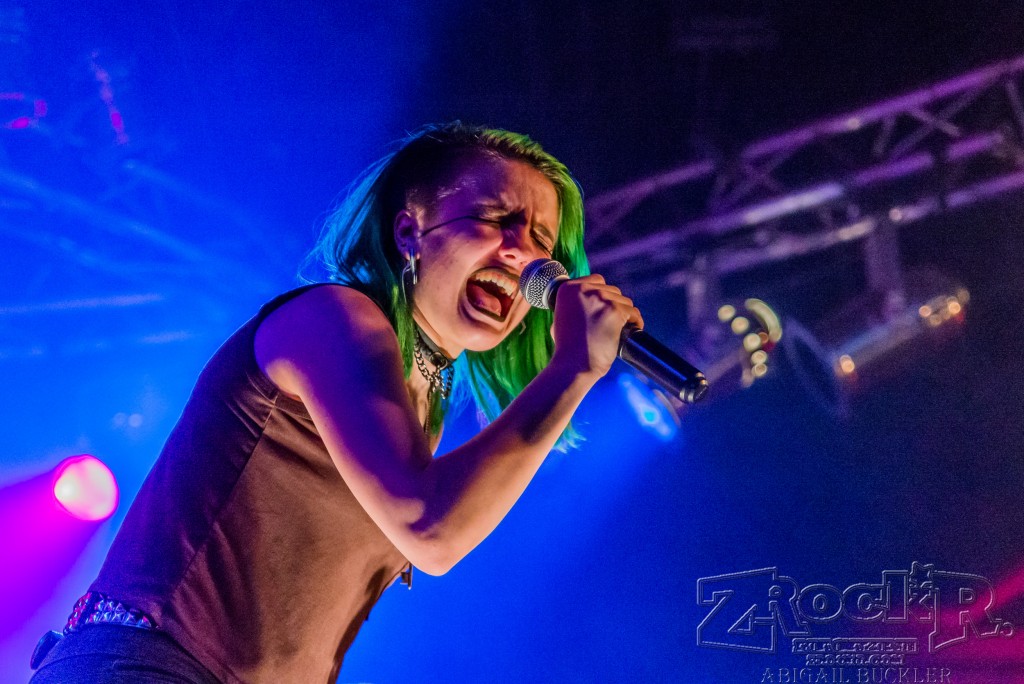 This particular show was a bit unusual in that the band actually had an opening act; something the Sinners do not regularly have anymore (this was far more common back when the band played at the Station Casinos on a regular basis). For this show, the opening band was an all-girl act called Doll Skin out of Arizona; the band’s work has been produced by David Ellefson and he was largely responsible for bringing them out to open the show. I admit, I really just wanted to get down to seeing Ellefson on stage with the Sinners, but these girls were one of the surprise highlights of the evening. With a punky, power-pop sound that covered multiple ends of the spectrum, I assure you I will be keeping my eye on these girls and their future shows and recordings. From slower stuff to heavier stuff, the girls did not fail to please; all eyes were on the stage while they were up there doing their thing. The brief opening moments even had all four girls drumming, which was an unusual but captivating intro and attention getter. While the set was comprised mostly of original material, the girls did give the audience a cover in the form of Wolfmother’s “Woman,” which sounded surprisingly good. The girls were also good enough to sign their merch and take pics with the audience following their set; it is clear that they made no shortage of new fans on this fine rock and roll evening! 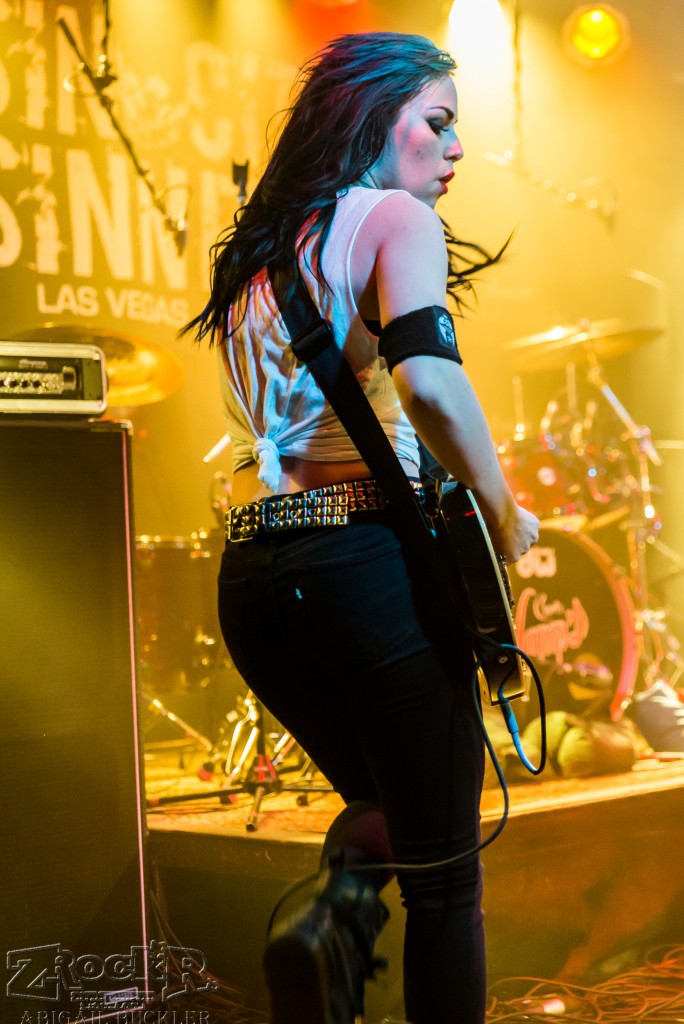 For a set with a special guest, the Sinners typically do a “just the band” set, and bring out their guest in the latter half. That remained true on this evening. For their first half, the Sinners broke out a number of classic cover tunes, including songs by Dio, Guns N Roses, Rage Against the Machine, Dramarama, AC/DC, Slaughter (as Blas Elias was the original drummer on their classic hits) and others as well, plus songs from their forthcoming sixth CD. The cover songs always sound great; vocalist Joshua Alan has a powerful voice that definitely does the harder songs justice. Doc Ellis got to show off in the middle of “Anything, Anything” with a fantastic guitar solo, giving a much-needed surprise to a familiar set. I would love to see the band throw a few new songs into their set and dust off a few of the older ones (“Hey Hey Rock and Roll” is sorely missed), but fans were not disappointed in the least!

And then, of course, we come to the special guest! As a member of Megadeth, one of the “Big Four” of thrash metal, David Ellefson is one of the best known and most respected names in the world of hard rock and heavy metal. Aside from a brief time away from the band following their reunion in the mid 2000s, Ellefson is the man most associated with Megadeth outside of their fearless frontman, Dave Mustaine. 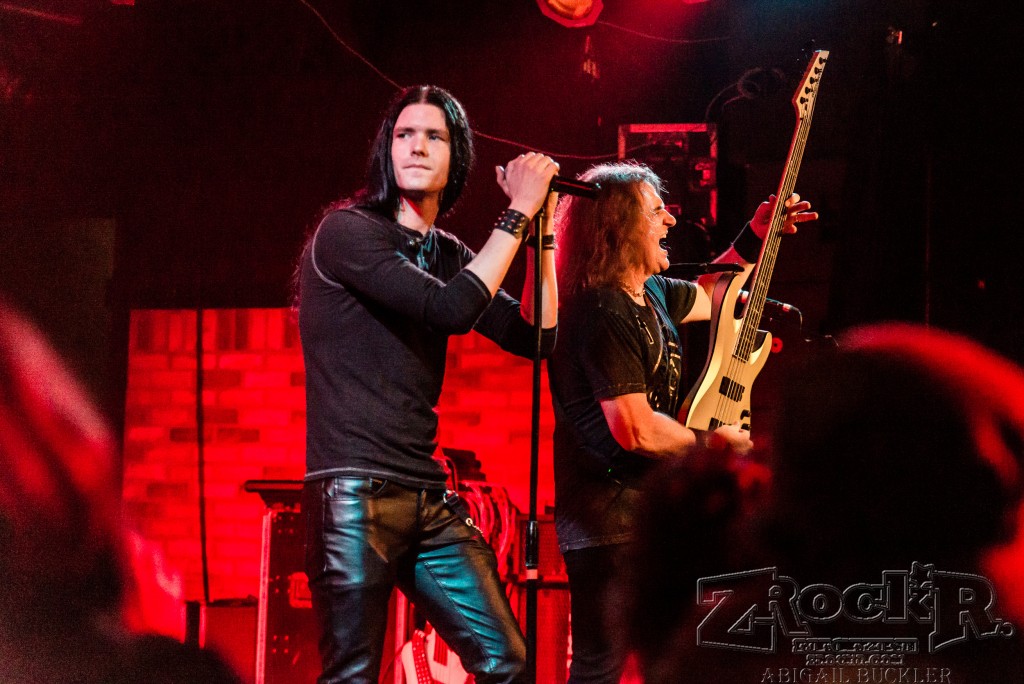 Sinners guests are always an interesting proposition because you never have any idea what they are going to play; the band has the guests pick out a number of songs to jam with the band and they are not always what you would expect. We got an obligatory Megadeth song in the form of the title track from the Peace Sells record; Ellefson’s distinctive opening bass line to this song has always been one of its major selling points. The Megadeth bassist revisited a number of classic hard rock tunes from his youth, including AC/DC’s “Whole Lotta Rosie” (which he proudly proclaimed was “the version from the live album"), Motorhead’s “Ace of Spades” (with Scotty Griffin trying his hand at lead vocals, and faring quite well!), Iron Maiden's "Run to the Hills," and even an early Def Leppard gem, “Wasted,” from their underrated-as-hell debut On Through the Night. The Doll Skin girls even returned to the stage for a few tunes with the band and their guest! With his silver five-string Jackson bass and an undeniable stage presence, Ellefson is one of the leading men in heavy metal for good reason. 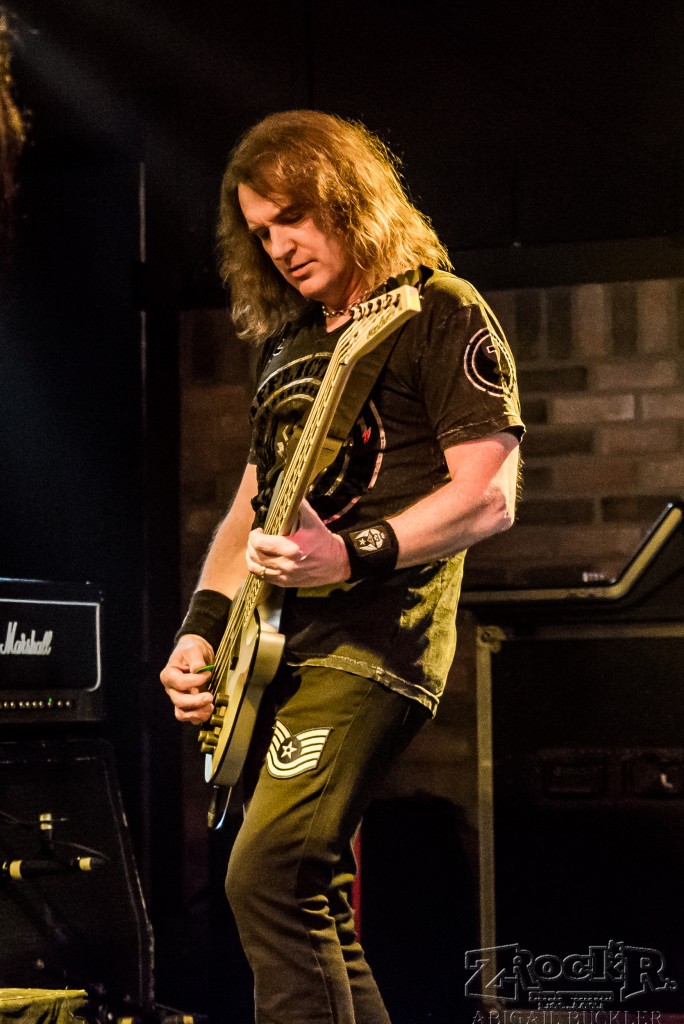 As Megadeth is a band that fills arenas and larger venues, getting to see him in a small, intimate venue like Vamp’d is a rare treat for the fans. I personally would loved to have heard him do more actual Megadeth songs, but the setlist for his performance was chosen by Ellefson himself, so no complaints there. And no one can argue with his song choices!

The Sin City Sinners never fail to please this rock and roller, and having one of the leading men in heavy metal as a special guest made for a truly unforgettable set. With a new album release on the horizon as well as plenty of performances to come, the Sinners are keeping busy and not letting up in the least. If you are in or visiting the Vegas Valley and are a rock and roll fan, their set is a must see, special guests or not.

Ratt, with Firehouse, The Babys, and Eric ...