Home›Reviews›Star Wars: Lost Stars is One of the Expanded Universe's Best Novels to Date!

Star Wars: Lost Stars is One of the Expanded Universe's Best Novels to Date!

With the recent release of Star Wars Episode VII: The Force Awakens, Star Wars fandom is stronger than it has been in a long time. And with the launch of a whole new Expanded Universe taking the place of the old one, which had become overloaded with often inferior products, new canon novels and comics are seeing regular releases. Lost Stars, by Claudia Gray, is one of a group of young adult novels that was released in the wake of the new film’s release.

Unlike the majority of Star Wars comics and novels that only focus on a small time period at a time, Lost Stars spans a time period of many years, spanning from years before the Classic Trilogy, to a time period roughly a year later after its conclusion. The story follows the lives of Ciena Ree and Thane Kyrell, two friends growing up on a world recently subjugated by the Empire. Despite the differences in their growing up; Ciena is from a more rural, traditional life with a loving family, while Thane comes from an upper class household with an abusive family that does not understand him, but the differences do not stop the two from becoming friends and attending the Imperial Academy on Coruscant together. Over the years, the two are separated due to their roles in the Empire. When Thane decides to desert due to his discoveries of corruption and dastardly deeds at the hands of the Empire, Ciena remains loyal, causing a major rift between the former friends, as they remain side players throughout the Galactic Civil War in different capacities. 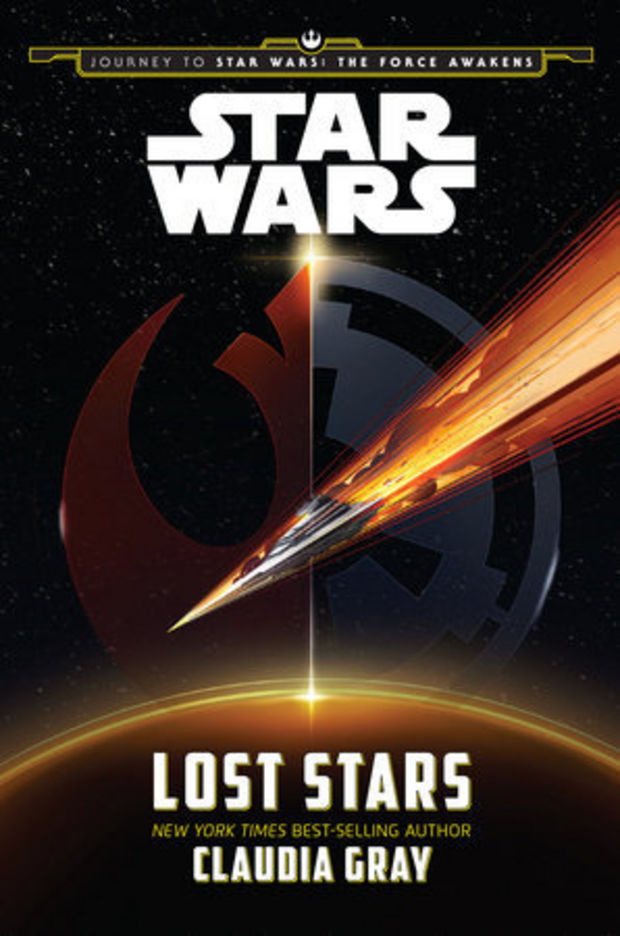 Star Wars: Lost Stars is one of the latest Expanded Universe novels, penned by Claudia Gray.

Lost Stars is unlike any other Star Wars novel I have ever read. There had been a lot of less than favorable talk initially, with people showing pessimism due to the novel receiving young adult branding, and the plot synopses and the like giving it something of a Romeo and Juliet and Twilight comparison.

Rest assured, none of these comparisons or speculations are accurate; Lost Stars represents Star Wars at its absolute finest. That is not an easy task when you consider the main characters are new additions to the Star Wars galaxy, but Claudia Gray succeeds beautifully here.

Where this novel succeeds strongest is the characterization of its leading pair. Throughout the novel we jump back and forth between Ciena and Thane; it is interesting to see how their lives progress from their starry-eyed youths as Imperial hopefuls, to when they take their sides and make their stands during the Galactic Civil War. These are, without question, the two most fleshed out personalities in the Expanded Universe I have seen in quite some time. At nearly 550 pages, the novel is one of the longest Star Wars novels I have ever read, but I found myself going back to it and actually ended up shooting through it pretty quickly. Gray’s characterization of the leading pair, and the ability to create convincing side characters that play their respective roles well only further contributes to the final product. There are moments of action, drama, romance, personal conflict and inner turmoil handled better here than just about anything else in Star Wars novels of recent memory.

It is especially interesting and entertaining how Gray is able to take new, unique characters and put them in both new and familiar locales, and have them crossing paths with familiar faces on both sides of the Galactic Civil War. Essentially, they are present for nearly every major event that occurs in the Classic Star Wars Trilogy in some capacity, which becomes all the more interesting, especially as their allegiances change. I will not go into detail here, as I would prefer not to spoil the surprises for readers.

Do not let the speculation and rumors throw you off; Lost Stars is classic Star Wars at its best, and it actually puts to shame many novels that do not have young adult branding. No Star Wars fan, regardless of age, is going to want to pass this one up.