Any fan of the Star Wars franchise knows that Marvel regaining the license to produce comics for the series’ new canon has most definitely been a good thing, with the results speaking for themselves. We are just coming off of two story arcs of the Star Wars and Darth Vader comics, with a successful crossover between the two in the form of Vader Down having just concluded.

The main Star Wars series, prior to its second arc, had a standalone story, From the Journals of Old Ben Kenobi, featuring Obi-Wan Kenobi in exile on Tatooine, watching over a young Luke Skywalker being raised by his adoptive Uncle Owen and Aunt Beru, and protecting Tatooine farmers from gangsters in Jabba the Hutt’s employ that were extorting taxes from them. It was a great one-shot, and actually managed to be an amazing standalone story.

Marvel has decided to revisit Ben’s time on Tatooine in the form of Star Wars 15, the second From the Journals of Old Ben Kenobi story. This time around, roughly a year has passed since the actions that Kenobi undertook before, thwarting the scheme of Jabba’s gangsters extorting taxes on the native farmers. Kenobi sees a young Luke Skywalker crash his family’s T-16 Skyhopper Speeder, and is promptly grounded by an irate Owen Lars. Kenobi decides to find ways to try to intervene and try to get the young Skywalker back in the air, knowing his piloting skills may prove to be essential one day down the road. But Lars confronts Kenobi, forbidding him to interfere with young Luke’s life, wanting him to remain safe and protected. Meanwhile, a still frustrated Jabba hires a bounty hunter to try to find the one that beat up on his thugs a year ago. 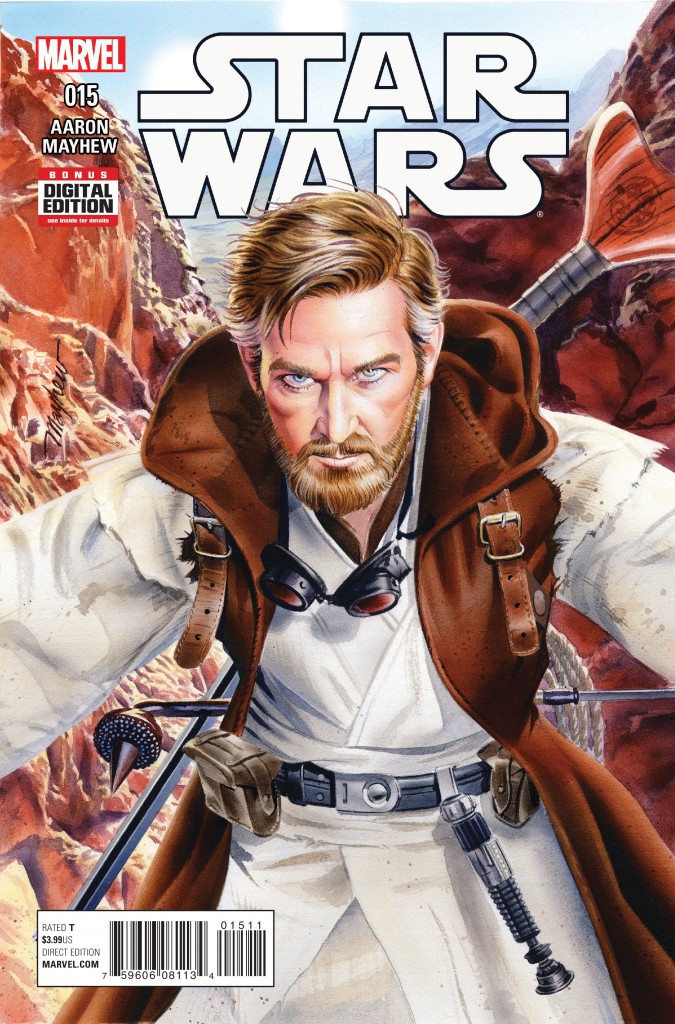 Star Wars 15 is the second comic in the ongoing comic series to depict Obi-Wan Kenobi's life in Tatooine between the Prequel and Classic Trilogies.

The first From the Journals of Old Ben Kenobi was a great one-off story, and the fact that it was self-contained made it all the more interesting. Fans will love that this time period in the Star Wars saga is getting an extension of sorts, but may be disappointed by the lack of focus, uneven writing, and a cliffhanger ending that is not likely to be resolved for a very long time.

As far as the positives go, it is great getting to see Luke Skywalker as a young child on Tatooine, already showing the same piloting prowess that his father once had. Likewise, the conversation between Owen Lars and Kenobi hits hard. A Star Wars fan will find reasons to sympathize with Kenobi’s wanting the boy trained and ready for what is to come down the road, yet Lars wanting to keep the child safe is an equally valid concern. If you have ever wondered about Uncle Owen’s disdain of Kenobi in the original 1977 Star Wars film, their dialogue here definitely helps to put things into perspective. The artwork in the comic is equally impressive; Marvel seems to have a knack for putting their best artists on these Star Wars comics, and it is no exception here. 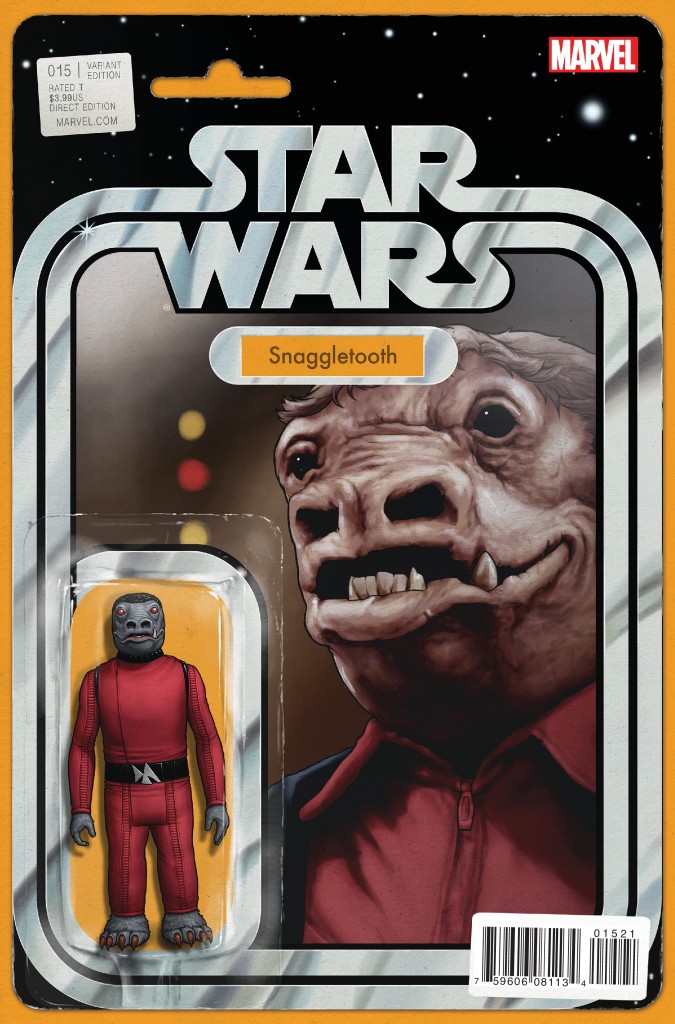 Like other Star Wars comics, this one is being issued with collectible variant covers.

Unfortunately, this comic is not as good as the first standalone Obi-Wan tale. This is largely a “talking” story that is mostly dialogue driven, with fairly little action. As great as the dialogue between Kenobi and Owen Lars is, it cannot carry a story on its own. The cliffhanger, reintroducing a comic-exclusive character our heroes would later face, only makes one ponder further questions, and leaves the adventure feeling unfinished. This fan would have preferred another self-contained story, not one that leaves me thirsty for more when, in fact, this story will not get revisited until considerably down the road (seriously, do we just need to have an Adventures of Obi-Wan comic series set in this time?)

Overall this is an interesting comic and a nice addition to the Star Wars canon, but it will absolutely leave you wanting more due to the fact that it is not the standalone tale the original was. That said, fans of the franchise will absolutely want to add it to their collections.