In the mid 1990s, Mighty Morphin Power Rangers became a pop culture phenomenon, and a hit with children everywhere. Produced by Saban and created through a mixture of new American character footage and Japanese Super Sentai/Zyuranger content, it remains one of the most popular action/adventure shows for children of all time. The Power Rangers brand has lived on for over two decades in America, with numerous spin-off/sequel series. However, longtime fans like this one who grew up with the Rangers know that it was never better than its original Mighty Morphin incarnation.

Boom! Studios, a comic manufacturer that I admittedly knew nothing about until a few weeks ago, recently announced that they would be launching a limited Power Rangers series, set during the classic “Green Ranger” period of the show’s first television season. As someone who was a fan of the series as a kid and revisited many of the episodes in recent years, I can say that the TV show has not aged as well as I had expected, with wooden acting, plot holes, and terrible writing. But that does not mean it has not been a whole lot of fun to go back and watch, and getting a new comic series is the perfect nostalgia trip for the people in their late 20s/early 30s or so that were fans of the show as kids. 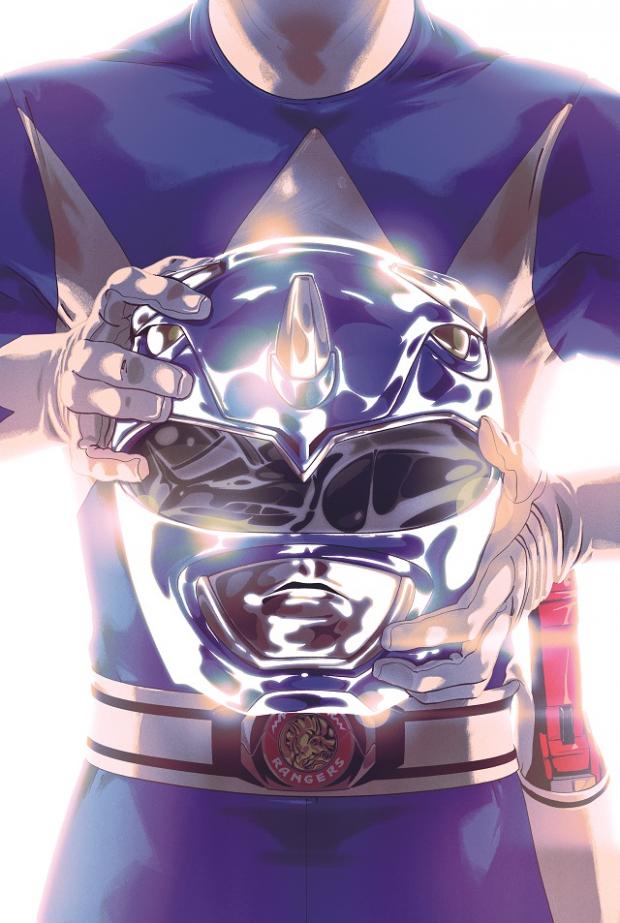 Multiple variant covers are being offered for the issue, featuring the different Rangers.

For the unfamiliar, the Mighty Morphin Power Rangers TV series, in its first saga, follows five regular teenagers attending high school in fictional Angel Grove, California. In space, two astronauts unknowingly set free Rita Repulsa, a deadly space witch, and her henchmen. Before long, she is set on conquering and destroying. The five teens are recruited by Zordon and Alpha 5, beings who have dealt with Rita in the past, and encouraged to battle her evil monsters to keep the world safe. While the teens in question are skeptical at first, in time they come to embrace this power and become the defenders Zordon wanted them to be.

The original Power Rangers lineup is comprised of:

-Jason, the Red Ranger and leader of the team. An accomplished martial artist and a born leader. His weapon is the Power Sword, and he pilots the Tyrannosaurus Dinozord.

-Zach, the Black Ranger. Known for his urban dance moves, but can be an adept fighter when there is the need for it. His weapon is the Power Axe, and he pilots the Mastodon Dinozord.

-Kimberly, the Pink Ranger. A beautiful and agile gymnast. Her weapon is the Power Bow, and she pilots
the Pterodactyl Dinozord.

-Billy, the Blue Ranger. While lacking confidence in some ways and being socially awkward, he is very intelligent and invented a good deal of technology to help the Rangers. His weapon is the Power Lance, and he pilots the Triceratops Dinozord.

-Trini, the Yellow Ranger. Her character is intelligent, but quite the skilled fighter as well. Her weapon is the Power Daggers, and she pilots the Saber-Tooth Tiger Dinozord.

Together, the Rangers can combine their Dinozords into the powerful Megazord, which proves vital in defeating many of the monsters that Rita sends their way.

Other characters in Angel Grove on the show include school bullies/pests Bulk and Skull, teacher Ms. Appleby, school principal Mr. Caplan, and Ernie, who runs the Angel Grove Juice Bar/Youth Center. Rita's henchmen and allies include warrior Goldar, monster creator Finster, and minor subordinates Squatt and Baboo. Some of them have brief appearances here.

Following the saga that featured the Rangers’ early formative battles, Rita ups the stakes and abducts Tommy, a new teen in Angel Grove, brainwashing him and turning him into the evil Green Ranger, who wields the Dragon Dagger and controls the Dragonzord. Eventually Tommy is defeated and Rita’s spell broken, and he joins the good side to become the sixth Power Ranger for a time.

This comic is set between Tommy first joining the team, and the battles that followed on the TV show (albeit with a few modern twists here and there). During this time, he is still haunted by images of Rita in his head, and it proves to be disastrous during a battle against one of the deadly monsters sent to Angel Grove. Elsewhere, Rita and one of her main allies are plotting something even bigger. 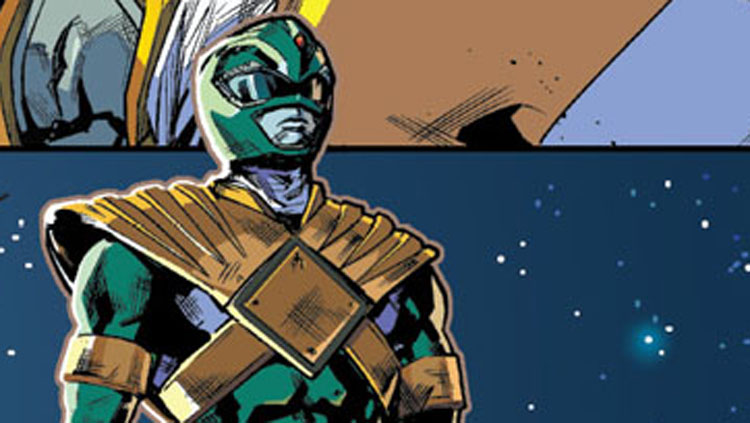 In addition to the “main” story in the comic, there are two other shorter stories; a humorous one revolving around school bullies Bulk and Skull and their dealings with Mr. Caplan, the school principal, and a story pitting the rangers against Goldar, one of Rita’s chief warriors, and a deadly soldier in his own right.

Even though it is not perfect, this is a great Power Rangers comic with a solid retro vibe to it that the old school fans are going to love. The comic seems to have the expectation that its target audience already knows who these characters are; there are no lengthy profiles or vivid descriptions of their personalities. But that does not detract too much from the overall story; all is accurate to the show. Not a whole lot happens in this issue and the focus is primarily on Tommy, but it is on par with the TV show, which was admittedly fairly shallow and did not have a ton of character development. A few points here hint at something deeper and more mature than the show, but we will have to wait for subsequent issues to see if said points come to fruition.

The side stories are fun but largely throwaways. The Bulk and Skull story is over as quickly as it begins and the humor is fairly juvenile compared to the main comic. Likewise, the Goldar battling comic has serious action potential, but ends just as things are starting to “get real.”

This is just an “Issue 0” but it serves its purpose in setting up the bigger story, which I look forward to reading upon its release in March. For old school fans of the Rangers, this story comes recommended.