Pride and Prejudice and Zombies – A Great Looking and Sounding Film…. And Not Much Else

Pride and Prejudice and Zombies is set in early 19th century Europe. But things have taken a turn for the worst in Europe with a zombie outbreak. People are traveling to the Orient for training in killing zombies, so that they may keep themselves safe, and doing the same for their children. The film follows the lives of the Bennet family, who finds themselves caught up in the zombie outbreak, and its daughters in whirlwind romances, with men including an eccentric zombie hunter. 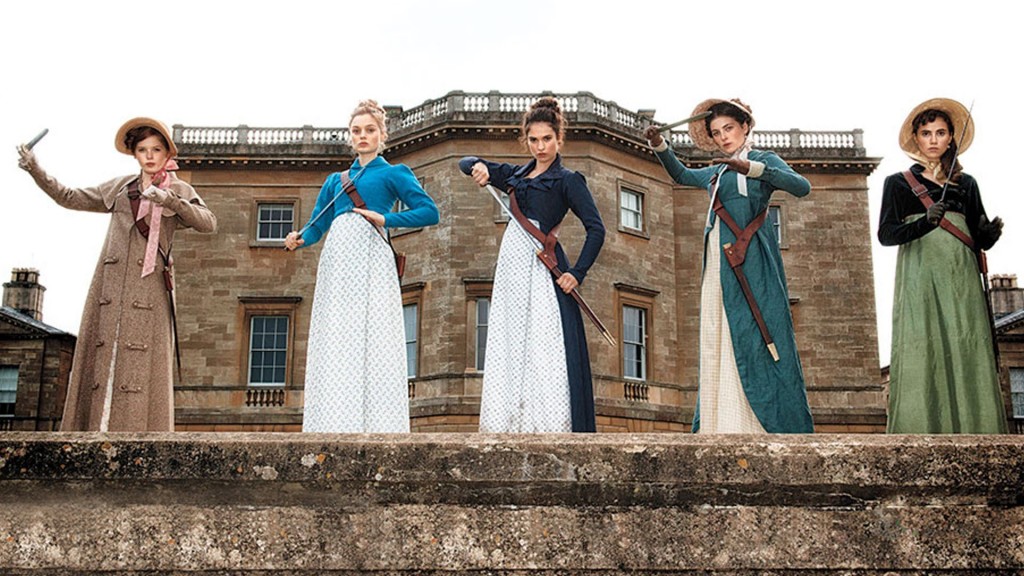 I admit, I have never read the source novel, nor have I read Jane Austen’s Pride and Prejudice, which inspired said source novel. The premise here is intriguing enough; who does not want to see beautiful young European women killing zombies? The look and style of the film and the Austen-style dialogue are priceless; the movie is well cast despite me not being familiar with any of these actors and actresses. Unfortunately, that is where the good points end; it is a scattershot film with one-dimensional characters, totally needless subplots and plot twists, and a tone that descends into mindless action in its latter moments.

This is a great looking film and it manages to achieve its share of solid scares and action scenes despite the PG-13 rating. The characters look and sound like you’d expect those of the era to, due in no small part to the solid casting. Both of these are admirable positive points to this movie, and I only wish I had more good traits to stress about the film. 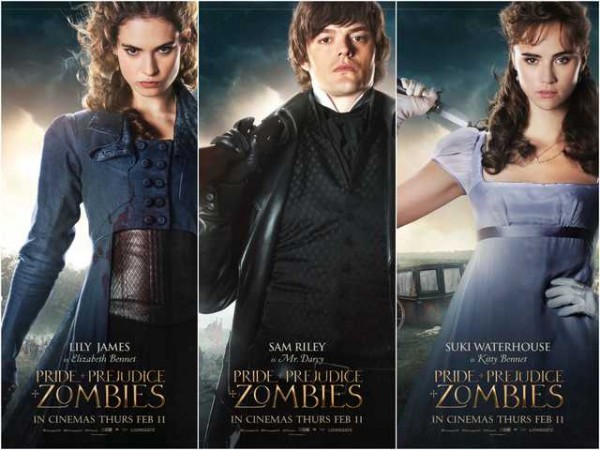 The tone of the movie is horribly inconsistent and scattershot, jumping around and stopping on a dime at random. It can go from feeling like a romantic drama one minute to a mindless action movie the next. The result is that, although all of these styles and genres have strengths, we get what feels like an uneven, half-assed compromise. Subplots and plot twists galore do not help things any.

The film introduces us to legions of characters, but nearly all of them are one-dimensional and have no real development or depth to them. The daughters are beautiful bad-asses, as sexy as they are deadly. So why are we given too damn many of them, and no real development or evolution whatsoever? Too many side characters and whirlwind romances and changes in allegiance coupled with the poor attempts at plot twists make sure that, by the time an action-heavy climax comes about, the film will have lost your interest and feel like it is running on empty, and, dare I say it? In need of brains.

Pride and Prejudice and Zombies has an interesting premise… and not much else. Flashy scenes of action violence with our sexy European heroines are no match against the endless plot twists, which feel like they are merely there for the sake of there being plot twists, and a clunky, predictable and clichéd narrative. When it comes out on video, rent it if you are bored, but do not shell out the cash to see it in the theater.