Wolfmother – Victorious is the Latest from the Aussie Rockers!

In 2006, I heard the debut album from an Australian band called Wolfmother, and was instantly blown away. The perfect mix of retro and new rock sounds alike; it was one of the best “new” rock albums I had heard in years. Frontman Andrew Stockdale had undeniably great guitar licks and vocals, which helped the album and the band to stand out.

And after that, the band just kind of disappeared. Two additional albums were released in the following years, including one that was digital only on its initial release. Victorious, released in February 2016, is the fourth release from the band, though I have to confess that I was not even aware of those other two albums, Cosmic Egg and New Crown, until I began doing some retroactive research on the band prior to writing this review. To this day I still have not heard those releases, but will definitely be going back to give them a listen. It is also interesting to note that Stockdale is the only original member still in the band from their debut a decade back.

I cannot say I was expecting a new Wolfmother album; admittedly I had kind of forgotten about the band after so many years (the fact that I was not even aware of other albums released after their first should say something). That said, it was something that this fan welcomed with open arms, and was willing to give a chance to. How does Victorious measure up? Is it a worthy successor to the band’s debut of a decade ago, or should the band have stayed lost in obscurity? 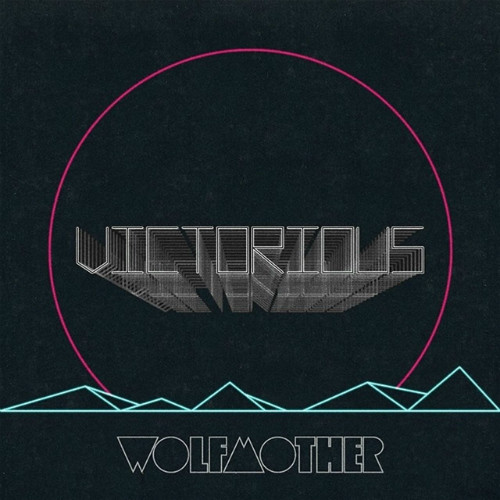 Victorious is not a great album but certainly not a bad one either. It is clear at this point nothing is ever going to top the band’s first record; that was the release that beautifully and perfectly combined the old and new; songs like “Women,” “Dimension,” and “Joker and the Thief” were instant classics that remain solid listening even all these years later. While Victorious still has a retro vibe of sorts going, it is also feels that much more mainstream and formulaic. Still, even a “paint by numbers” album from Wolfmother is not without merit.

Andrew Stockdale still sounds great throughout the release; his unique vocal style and playing have not diminished over the years, and he still manages to get in some solid riffs. There are straight up rock tracks and some that feel more poppy or melodic, so you do still get a decent variety of music. The problem is, while there are some good cuts to be experienced here, none of them stand out like those aforementioned cuts from the band’s debut. It feels far less diverse and involving than the band’s debut, and despite its harder rocking moments, at heart it still feels like more of a pop album than the first record. This does not make it bad, and it is still worth hearing at least once.

Wolfmother’s debut was an instant classic in this fan’s book, and while Victorious pales in comparison, it is still better than the legions of other mainstream music out there today polluting the market. If you have never heard the band before, get their 2006 debut first, then consider listening to this one (again, I admittedly have yet to hear the “middle two” albums the band put out, as I was not previously aware of them). Victorious gets a moderate recommendation from this fan.