Home›Movie Reviews›Help! - The Second Film from The Beatles is On Blu-ray Disc!

Help! - The Second Film from The Beatles is On Blu-ray Disc!

Help! is the second film released by The Beatles, directed by Richard Lester (who had previously directed the band in their first film, A Hard Day’s Night). This time around, John, Paul, George, and Ringo find themselves on the run around the globe when a mysterious and murderous cult is after them, wanting to get back a ring stuck on Ringo’s finger that is required for the sacrifice of their victims. Before long, scientists wanting the ring for their own purposes of world domination are hot on their trail as well. It is up to the band to stay one step ahead of their enemies, so that Ringo does not become the cult’s next sacrifice!

Despite being a die-hard fan of the Fab Four, I had not sat down and actually watched this film until just recently. Universal released this Blu-ray Disc in 2013, though I did not get my hands on it until recently, and was only aware of the film through the clips in The Beatles Anthology documentary series. Having had a chance to sit down and watch the film at long last, I can honestly say that big time fans of the band are in for a few laughs and some great music, but everyone else will likely want to pass this one by. 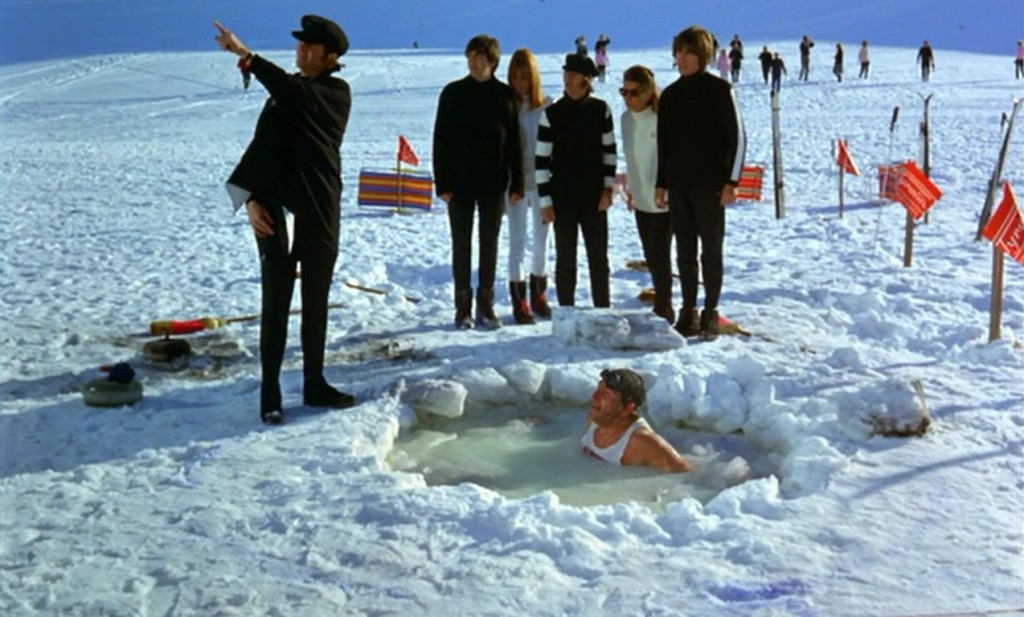 The film takes the band to all corners of the world.

If that opening paragraph of this review made this movie sound like it was truly bizarre and “out there,” you would pretty much be right. Help! is ridiculously over the top in its quest to put The Beatles on the big screen, in a full-color, globetrotting adventure. In The Beatles Anthology, the band members even stated that they more or less put the film together around them traveling to locales around the globe they had a desire to visit that they had not yet been to. The entire film is ridiculously over the top, and the attempts at humor are definitely a bit hit and miss (though it is certainly more watchable and accessible than the surreal Magical Mystery Tour).

When it comes to The Beatles' first two movies, A Hard Day’s Night was the superior film because of its simplicity, and basically letting the band members be themselves. Help! tries too hard, though the film is certainly not a total loss, and has its share of moments, not the least of which are the musical performances. 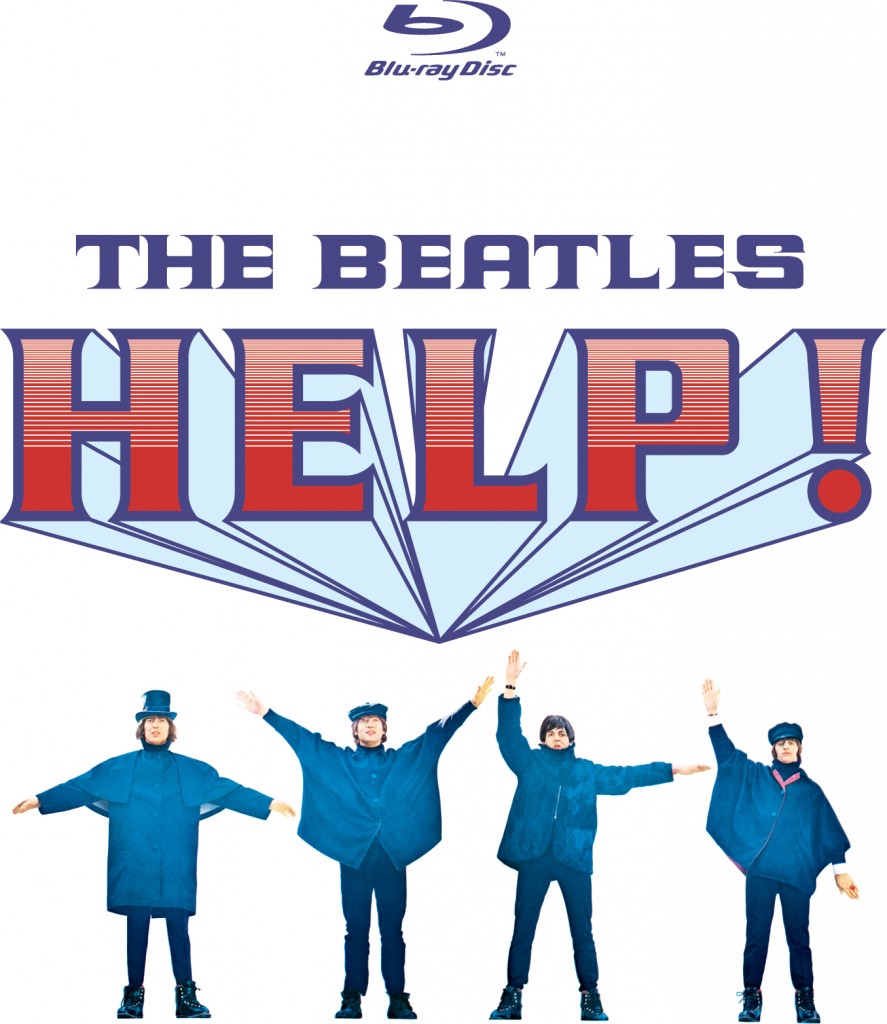 Help! is the second film from the Beatles, directed by Richard Lester.

This 2013 disc is the film’s first release on Blu-ray, and the picture quality is good overall, with vibrant colors, though it can come off as a bit murky in a few scenes; it is clear that it did not get the same level of restoration A Hard Day’s Night did (though that film was reissued by Criterion, so that is a bit of an unfair comparison). Overall this disc looks and sounds fine, but I DO believe that it could look better with a full-on restoration. There are a number of bonus features included on this disc as well, including behind the scenes content and info on the restoration process, so there are plenty of supplements to keep fans busy.

Help! is not The Beatles’ finest time on the big screen; it is more than a little ridiculous and over the top. But the good still manages to slightly edge out the less than favorable elements, with a mix of humor and some of the Fab Four’s finest music. There is a lot to enjoy here, though I can really only recommend the film for die-hard Beatles fans.