Home›Movie Reviews›X-Men Apocalypse - The Ninth Film in the X-Men Franchise Has Arrived!

X-Men Apocalypse - The Ninth Film in the X-Men Franchise Has Arrived!

X-Men Apocalypse is the ninth film in the long-running X-Men film series, based on the legendary Marvel comic franchise. Ten years have passed since the events of X-Men Days of Future Past, and the year is now 1983. Persecution against mutants remains a concern around the globe, even after their discovery coming years earlier due to the events of the previous movie. But humans and mutants alike are about to come face to face with an even deadlier threat. En Sabah Nur, an ancient being believed to be the first mutant, has reawakened after a slumber lasting thousands of years. Upon seeing a war-torn world, he vows to destroy what currently exists and build a better one. With this deadly being recruiting powering mutants to his cause, it is up to Professor X and the X-Men to stop one of their deadliest foes yet.

There is a rather self-referential scene in this film in which characters emerge from a movie theater after seeing Return of the Jedi, claiming that the third movie in a series is always the worst. It was true of X3 a decade back, and it is certainly true of this latest entry; the final one in the First Class trilogy started back in 2011. X-Men Apocalypse has ambition, a talented cast, gorgeous special effects, and plenty of action. Unfortunately, it is also overloaded, once again repeating the error of many a superhero “threequel” in that it tries to cram far too much content into one movie. The end result is about 30 minutes too long and introduces way too many characters to develop throughout its duration. Added, unnecessary subplots and the movie not quite knowing what to do with its 1980s setting do not help things any. 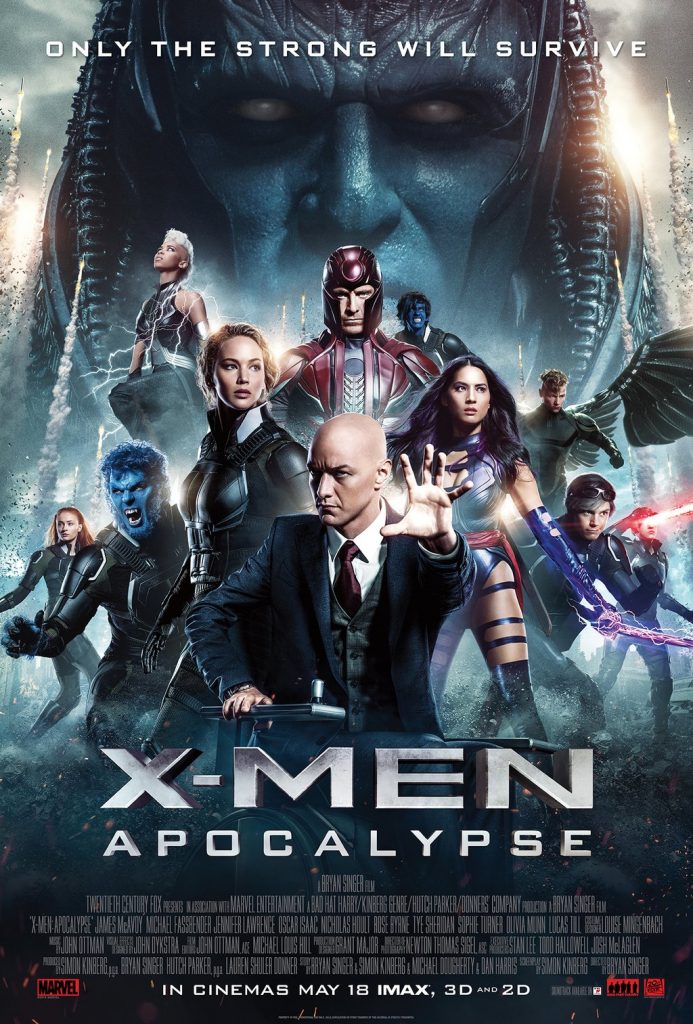 X-Men Apocalypse is the ninth film in the X-Men film series, based on the legendary Marvel comic.

As far as positives, there are not enough good things to be said about the cast. This “younger” trilogy of films set in the past has done great things with James McAvoy as Charles Xavier, and Michael Fassbender as Magneto. At one point I never could have envisioned other actors in the roles that were previously portrayed by Patrick Stewart and Ian McKellen, but these guys won this fan over more and more with each subsequent performance. In particular, in the first half of the movie, Fassbender’s Magneto gets a real chance to shine, but I will not spoil anything here. We get a powerful and memorable villain in the form of En Sabah Nur, portrayed by Oscar Isaac (who played Poe Dameron in Star Wars: The Force Awakens last year). A supporting cast, which includes Jennifer Lawrence (The Hunger Games) returning as Raven/Mystique, fares nearly as well, even if not all of the characters quite get the development they need here. Quicksilver, one of the breakout characters of the previous film in this trilogy, returns in a bigger role with a scene that may even top his most epic moment in the last movie, and will garner plenty of laughs. There are certainly issues with X-Men Apocalypse, but acting/performances are not a problem.

As with most X-Men films, this one certainly delivers when it comes to the action sequences. There is a diverse cast of characters and exotic locales; the film crew including director Bryan Singer (who previously directed X-Men, X2, and X-Men Days of Future Past) do their best to make the most of what they have available to them. Some of the action and adventure sequences in the movie are mindless and over the top, but regardless of how much depth there actually is, your eyes will not be leaving the screen. 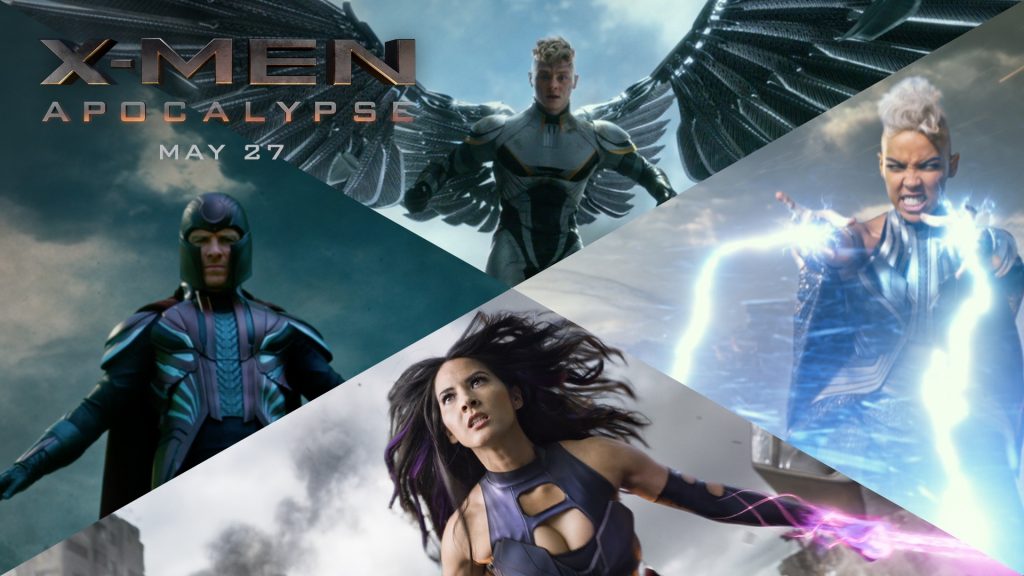 To do his bidding, the evil Apocalypse recruits for mutants to be his "Four Horsemen," infusing them with great power.

Unfortunately, X-Men Apocalypse quickly finds itself the weakest film in its respective trilogy because it tries to do too much and cram it all into a single film. En Sabah Nur’s plot involves him infusing other mutants with power and them helping to do his bidding, thus becoming his “Four Horsemen of the Apocalypse.” The problem with this is that these characters get very little development and come off as one-dimensional. Some of these are characters that previously appeared in disappointing, underdeveloped incarnations in X3. Sadly, they do not really fare any better here (as a result of writing and underdevelopment, not their actors/portrayal). A totally unnecessary subplot in the film’s middle section brings back an overused human villain from earlier installments, and a particular mutant that has to show up in every single movie in the franchise. The latter character gets an action scene to shine, but his role feels obligatory and contrived; more like fan service then true development. Some major edits and reduction in subplots and character numbers would have improved the final product.

Another issue is the film’s 1980s setting, or rather, the fact that the movie never really bothers to do much with it. X-Men First Class was set in the early 60s and incorporated the Cuban Missile Crisis into its plot. X-Men Days of Future Past’s past scenes utilized world peace accords as a plot element and even had other real world events as a driving force in things, including Richard Nixon appearing as a character in the film. X-Men Apocalypse, on the other hand, could have more or less been set in modern times and it would not have been all that different a movie. Aside from some fashions, pieces of music, photos, and movie references, the film does nothing really substantial plot-wise in relation to its time setting, something the former two installments did with a vengeance.

In the end X-Men Apocalypse is a scattershot installment in a film series that has had its share of hits and misses. I would easily rank this one above the Wolverine solo movies and X3, but it falls below the original trilogy’s better installments, and the earlier two First Class series movies. Despite the problems, namely the overlong, overblown nature of the movie, there is enough here to merit a moderate recommendation.