In 1981, Aerosmith guitarist Brad Whitford and Ted Nugent vocalist/guitarist Derek St. Holmes united to make an album together. Whitford St. Holmes’ 1981 release became something of a cult classic, but never quite got the proper recognition that it deserved. Both musicians would return to fame with their better known projects/artists/etc., with their collaboration being forgotten over the years.

Over three decades later, the duo made the surprise announcement that they would be reuniting not only for some tour dates, but also for a brand new album! Following up something over three decades after the fact definitely sounded like a risky proposition, but this fan was willing to give it a chance. 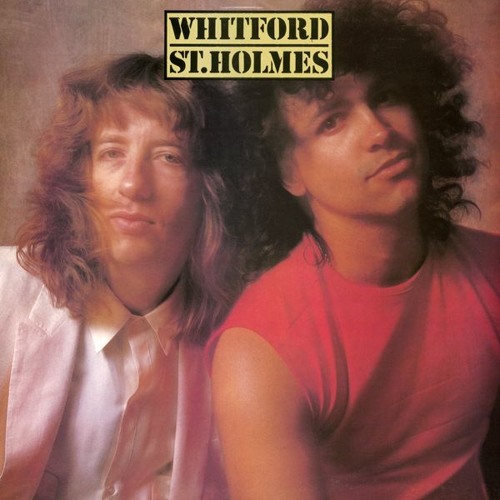 The Whitford St. Holmes debut from 1981. It is included on a bonus disc in this package.

Not surprisingly, this is a record I came to not knowing what to expect; the duo only had one other release under their belt, and that was over 30 years ago! Does the band strike gold with this second release, or is it too little too late? 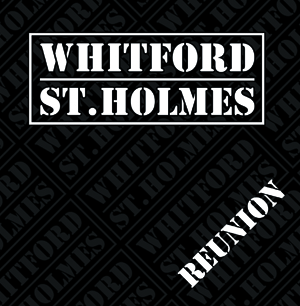 Reunion is the second studio effort from Whitford St. Holmes.

All right, let’s get the bad news out of the way right away: This album does NOT top the classic 1981 release from Whitford St. Holmes, though that one was a tough act to follow anyhow (for those people that have actually heard it). And while I would not call every song on the aptly titled Reunion an “instant classic,” overall this is a respectable effort from the duo and their supporting musicians. There is a lot to love about this 2016 release.

While the first album was more of a hard rock/AOR-style record that was very much a product of its era, this one is more of a hard blues rock album, with a few more contemporary style tracks as well. Opening cut “Shapes” is an instant classic, combining the best of past and present sounds from these two veterans of the classic rock world. From the straightforward rock to the band having fun jamming, the record definitely gives audiences a lot to enjoy. There are plenty of strong cuts to be found here, and fans of these musicians and their respective careers likely will not be disappointed.

As an added bonus for anyone who buys the album, the group gives you a nice bonus. In addition to the new album you get a remastered bonus CD of their original Tom Allom-produced 1981 debut release! Said album has been difficult to find for years, so this is a fantastic addition to the package; that one is a classic you definitely need to rediscover. As a fan, I will most likely be covering the classic 1981 album in a future flashback review.

Reunion brings back two musicians whose lone previous album together was unfairly neglected. Rounding things out with a new band and some fresh material, this comes off as a strong release overall. The bonus copy of the bands oft-forgotten 1981 debut is worth the price of admission alone, as well. This Reunion from Whitford St. Holmes comes strongly recommended!

Foghat Returns With Under the Influence, Their ...

Jim Crean - The Vocalist Returns With ...