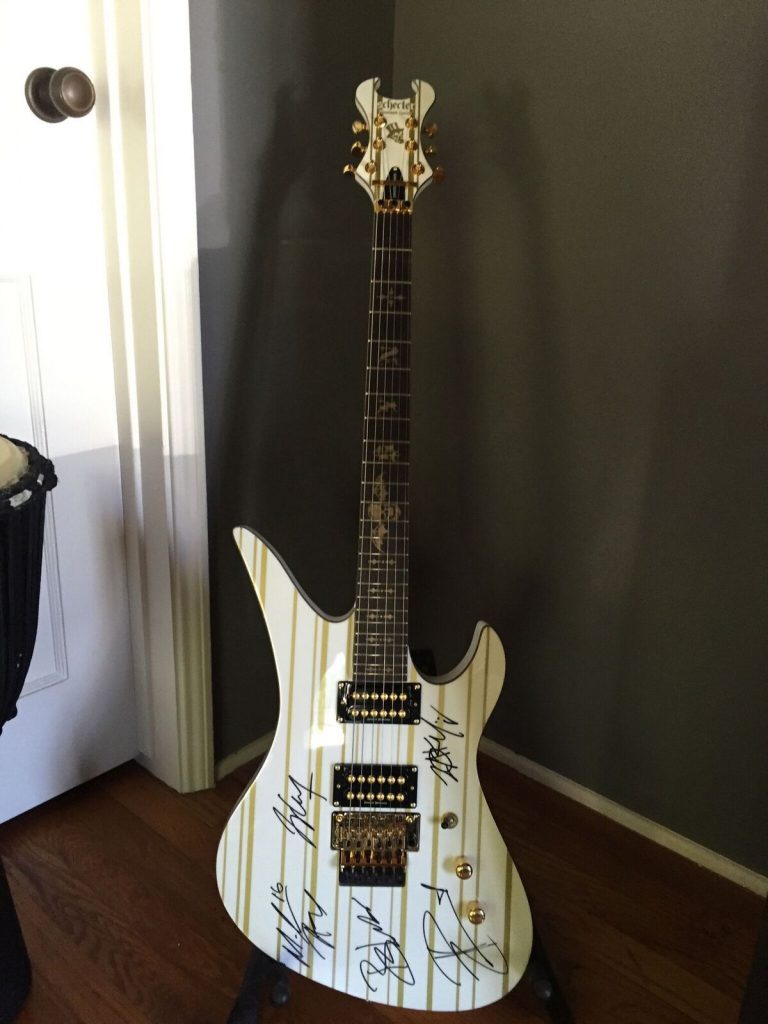 The proceeds from this auction will go to Bridging the Gap to Recovery (BGR), a non-profit foundation dedicated to helping addicts on their path to sobriety. BGR was formed in 2015 by Sharon Gipson ( known to a good many of us as "Mama Duke" )  after the loss of her son, Duke Collins, former singer of The Deadlights, to a heroin overdose. BGR's kickoff event, The Duke Collins Memorial and Concert in HuntingtonBeach in March of 2016 drew international press and has compelled many people to get involved to help BTR get off the ground.
Now you have an opportunity to help join the fight to save lives by bidding on the best metal thrashing guitar signed by Platinum award winning artist, Avenged Sevenfold, by clicking this : eBay Auction for A7X autographed guitar
Check out the amazing story about the creation of Bridging the Gap to Recovery,  join our team, and contact us at
www.btgrecovery.org
You can also find BGR at : www.facebook.com/btgrecovery
Or contact BGR at:  [email protected]
( info from Mama Duke and photos from the eBay listing)
TagsAutographedAvenged SevenfoldBGRBridging the GapBridging The Gap to RecoverycharityDuke CollinseBayMama DukeSchechter GuitarSharon GipsonThe Duke Collins MemorialWes Geer