Home›Features›Guns N Roses - A Look Back at the First Two Records!

Guns N Roses - A Look Back at the First Two Records!

It goes without saying that Guns N Roses is one of rock and roll’s most iconic bands. Despite a relatively small discography given the number of years the group has been active, they have become global superstars and remain fan favorites in multiple countries. Vocalist Axl Rose has remained the band’s only original member, but it has not stopped the band from retaining their legendary status. Recent reunion shows of the band’s classic lineup have only reinvigorated interest in the band, not to mention Axl being in the spotlight filling in for Brian Johnson at recent AC/DC shows!

The band’s classic and most famous lineup is the one of vocalist Axl Rose, bassist Duff McKagan, guitarists Saul “Slash” Hudson and Izzy Stradlin, and drummer Steven Adler. They would incur a number of lineup changes over the years, but this is the one that most fans associate with the band to this day. And, of course, it is the one that recorded the band’s first two studio records. The band had gone through a number of lineup changes prior to their debut album as well, in fact. (Interesting trivia: The band is called Guns N Roses because it initially comprised members of the bands Hollywood Rose and LA Guns. Tracii Guns, prior to LA Guns recording and releasing albums, was the band’s original lead guitarist, not Slash.) 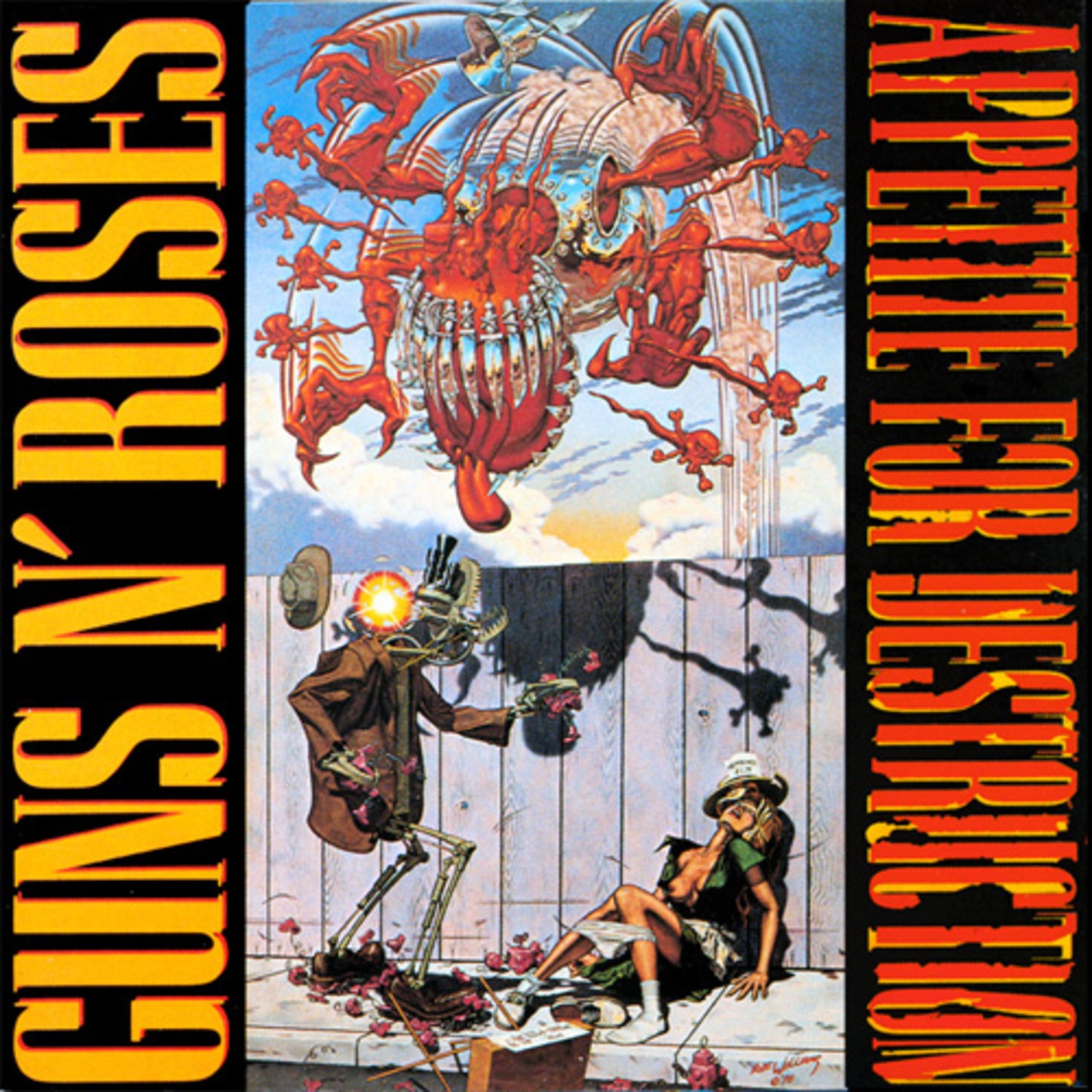 Appetite for Destruction, the band’s first full-length album, was released in 1987. At the time, the band, already legendary on the club scene, had a massive repertoire of songs to their name, and many that were unused in these sessions would surface on future GNR records. The band considered a number of producers, including Robert John “Mutt” Lange and Paul Stanley, before eventually settling on Mike Clink, the one man who would let the band record their songs as they envisioned them. Even the initially planned cover artwork proved to be controversial; it was eventually replaced by the now iconic “cross with band member skulls” art.

As for the music on Appetite for Destruction, what can be said that has not been said already? This is the record that changed the scene overnight, heavier and more aggressive than their more pop-oriented contemporaries. Unlike conventional LPs, which are split into “Side 1” and “Side 2,” the band split this record into “Side G” and Side R,” with the former dealing with drug culture and the harsh life in the city, and the latter concentrating more on sex, love, and relationships.

Every single song on the record is a classic. From the opening riffs of “Welcome to the Jungle” to the closing anthem “Rocket Queen,” the quintet keeps the listener’s attention throughout its lengthy duration. Even the ballad “Sweet Child o’ Mine” still rocks harder than what other bands were doing in this time period. The record is dominated by Rose’s distinctive vocals and Slash’s guitar riffs, the latter particularly stands out in the solos on the tracks. Even the less “talked about” songs like “Think About You” and “You’re Crazy” are classics that fit in seamlessly with the hit anthems that have dominated hard rock radio airwaves over the years. There really are no weak spots on this record; it remains the group’s most beloved release three decades on. 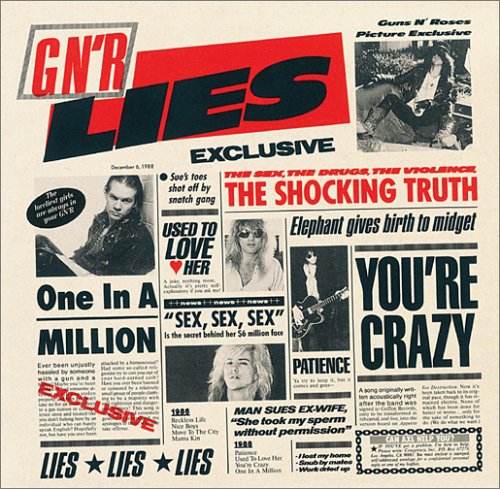 GNR Lies (hereafter referred to simply as “Lies”) is a bit of an oddball because it is not a conventional, full-length studio album. The release consists of eight tracks, the first four coming from the band’s Live Like a Suicide EP, which was initially released in 1986 and predates Appetite for Destruction, while the latter four are newly recorded acoustic songs from 1988.

The Live Like a Suicide portion of the package features four songs, which are basically studio recorded demos with crowd noise added (no, they are not actually playing live in front of a crowd here!) We get two GNR originals, “Reckless Life,” which dates back to the band’s Hollywood Rose days, and "Move to the City," the latter of which is a rocker that incorporates a horn section, with a sound not unlike a classic Aerosmith song. And speaking of Aerosmith, we get a straight-up cover of “Mama Kin” which is surprisingly energetic and effective, as well as a cover of the Rose Tattoo classic, “Nice Boys.”

Lies, however, is probably better known for its acoustic half, which spawned the acoustic ballad “Patience,” one of the band’s biggest hits. On the flip side of that coin in the humorous “Used to Love Her,” which is seemingly about a man killing an annoying girlfriend, but was actually written about Axl’s dog passing away. “You’re Crazy,” which previously appeared on Appetite for Destruction in a faster and more aggressive form, appears here as a stripped down acoustic take, which is surprisingly entertaining; this is supposedly how the band originally envisioned the song. Closing out the release is Axl’s composition “One in a Million,” which is easily its strongest track, and one that was no stranger to controversy (but coming from GNR, does that really surprise you?) 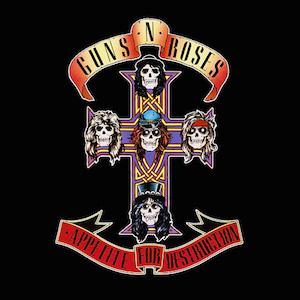 Appetite for Destruction remains the strongest and most powerful Guns N Roses album, but its less popular follow-up is certainly not one to be overlooked either. If you are a new fan, Appetite is the perfect place to start your GNR collection.